21st Century Space Exploration: "The Next Chapter That We Can Write Together Here at NASA"

April 15, 2010 at 5:36 PM ET by Jesse Lee
Twitter Facebook Email
Summary:
The President speaks on the bold new course the Administration is charting for NASA and the future of U.S. leadership in human space flight at the Kennedy Space Center.

This afternoon, President Obama visited the Kennedy Space Center in Florida to discuss the Administration’s goal to seek new frontiers for human space flight. The President declared that he is “100 percent committed to the mission of NASA and its future,” and laid out steps and investments that the Administration is making towards space exploration.

He announced a $6 billion increase in NASA’s budget over the next five years, focusing on making cuts elsewhere as the government instituted a freeze on discretionary spending. The President said that this investment will increase exploration of the solar system and also Earth-based observations that will increase our understanding of the world and its climate in order to protect the environment for future generations.

The President explained that the Administration will extend the life of the International Space Station by more than five years in order to conduct research that will help improve our daily lives while working with the private sector to make reaching space more affordable. He also announced a $3 billion investment into developing an advanced “heavy lift rocket,” aiming to finalize the design for the rocket by 2015. The President said that "nobody is more committed to manned space flight, to human exploration of space than I am," but explained that "we've got to do it in a smart way." He said that the Administration is “setting a course with specific and achievable milestones.”

Early in the next decade, a set of crewed flights will test and prove the systems required for exploration beyond low Earth orbit.  And by 2025, we expect new spacecraft designed for long journeys to allow us to begin the first-ever crewed missions beyond the Moon into deep space.  So we’ll start -- we’ll start by sending astronauts to an asteroid for the first time in history.  By the mid-2030s, I believe we can send humans to orbit Mars and return them safely to Earth.  And a landing on Mars will follow.  And I expect to be around to see it.

But I want to repeat -- I want to repeat this:  Critical to deep space exploration will be the development of breakthrough propulsion systems and other advanced technologies.  So I’m challenging NASA to break through these barriers.  And we’ll give you the resources to break through these barriers.  And I know you will, with ingenuity and intensity, because that’s what you’ve always done. 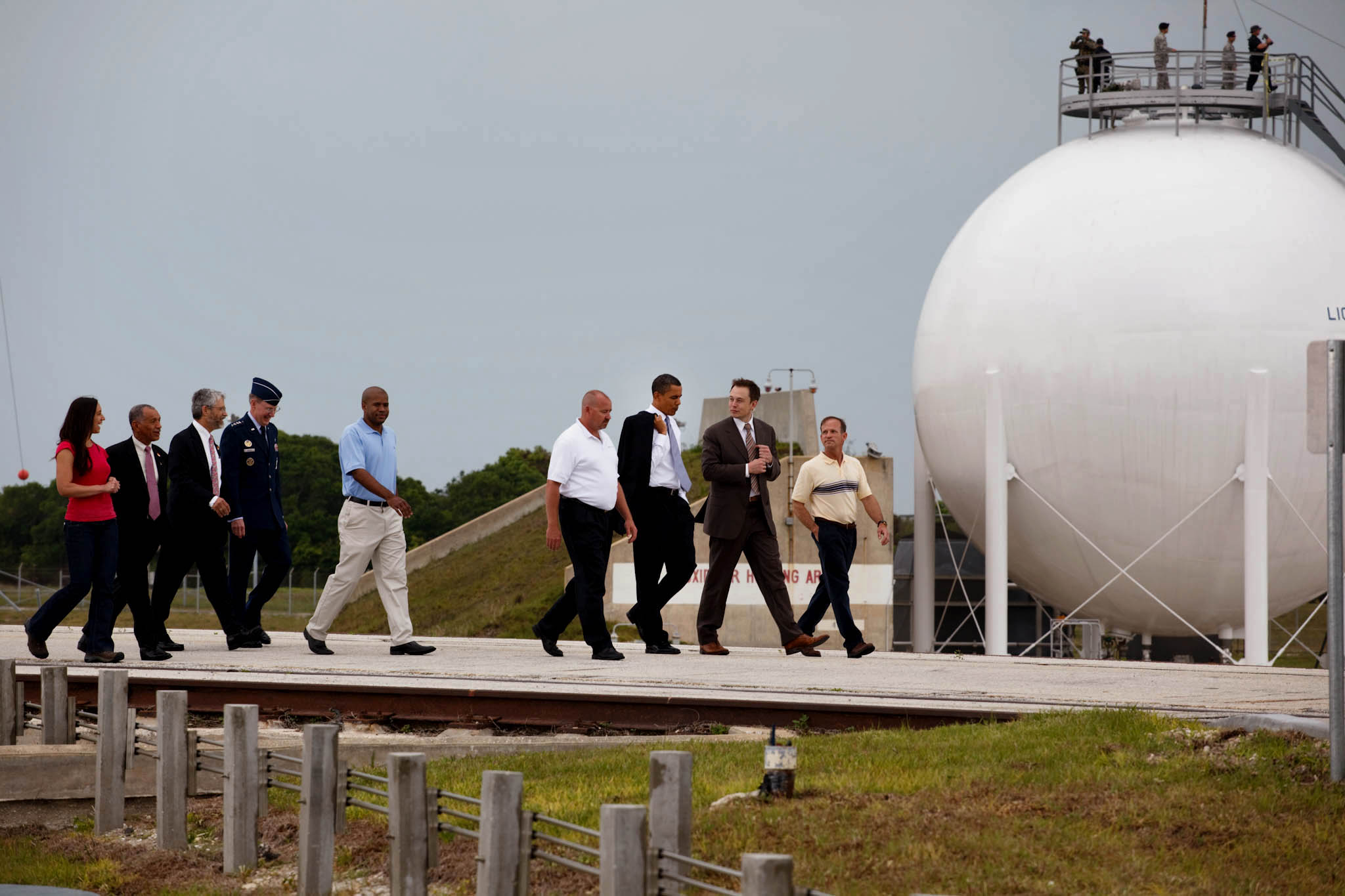 The President spoke about his focus on creating jobs, and proposed a $40 million initiative led by the White House and federal agencies to develop a plan for regional and economic growth. He explained that his plan will add more than 2,500 jobs along the Space Coast in the next two years, with the potential of thousands more as companies compete to be a part of the new space transportation industry.

So this is the next chapter that we can write together here at NASA.  We will partner with industry.  We will invest in cutting-edge research and technology.  We will set far-reaching milestones and provide the resources to reach those milestones.  And step by step, we will push the boundaries not only of where we can go but what we can do.

Fifty years after the creation of NASA, our goal is no longer just a destination to reach.  Our goal is the capacity for people to work and learn and operate and live safely beyond the Earth for extended periods of time, ultimately in ways that are more sustainable and even indefinite.  And in fulfilling this task, we will not only extend humanity’s reach in space -- we will strengthen America’s leadership here on Earth. 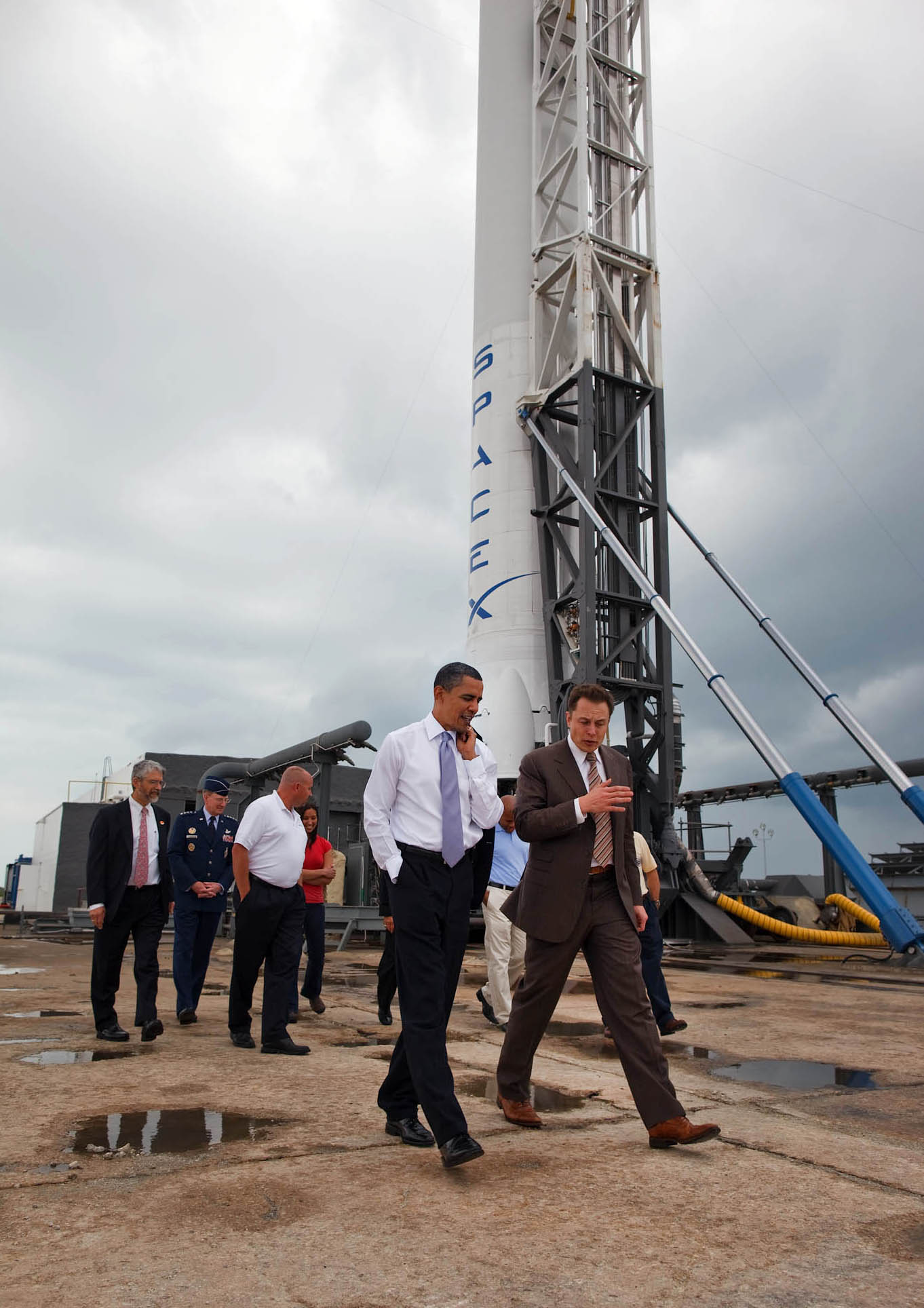