April 15, 2010 at 12:29 PM ET by Jesse Lee
Twitter Facebook Email
Summary:
After meeting with Secretary of Hilda Labor Solis and Mine Safety and Health Administrator Joe Main in the Oval Office, the President pledged to hold all those responsible for the recent mine tragedy in West Virginia accountable.
[[nid:11086]]

Emerging from a meeting with Secretary of Hilda Labor Solis and Mine Safety and Health Administrator Joe Main in the Oval Office, the President pledged to hold all those responsible for the recent mine tragedy in West Virginia accountable -- from the individual mine, to the broader pattern of dangerous mines, to the government who is responsible for keeping workers safe:

THE PRESIDENT:  Good morning, everybody.  On April 5th, the United States suffered the worst mine disaster in more than a generation.  Twenty-nine lives were lost.  Families have been devastated.  Communities have been upended.  And during this painful time, all of us are mourning with the people of Montcoal and Whitesville and Naoma and the Coal River Valley.  The people of West Virginia are in our prayers.

But we owe them more than prayers.  We owe them action.  We owe them accountability.  We owe them an assurance that when they go to work every day, when they enter that dark mine, they are not alone.  They ought to know that behind them there is a company that’s doing what it takes to protect them, and a government that is looking out for their safety.

In the immediate aftermath of the tragedy, I asked the officials standing with me -- Labor Secretary Hilda Solis, and Joe Main and Kevin Stricklin with the Mine Safety and Health Administration -- to lead an investigation into what caused the explosion at Massey Energy Company’s Upper Big Branch mine.  I asked them to report back with preliminary findings this week.

We just concluded a meeting, where they briefed me on their investigation.  I want to emphasize that this investigation is ongoing, and there’s still a lot that we don’t know.  But we do know that this tragedy was triggered by a failure at the Upper Big Branch mine -- a failure first and foremost of management, but also a failure of oversight and a failure of laws so riddled with loopholes that they allow unsafe conditions to continue.

So today I’ve directed Secretary Solis, Assistant Secretary Main, and Administrator Stricklin to work closely with state mining officials to press ahead with this investigation -- so we can help make sure a disaster like this never happens again.  Owners responsible for conditions in the Upper Big Branch mine should be held accountable for decisions they made and preventive measures they failed to take.  And I’ve asked Secretary Solis to work with the Justice Department to ensure that every tool in the federal government is available in this investigation.

But this isn’t just about a single mine.  It’s about all of our mines.  The safety record at the Massey Upper Big Branch mine was troubling.  And it’s clear that while there are many responsible companies, far too many mines aren’t doing enough to protect their workers’ safety.

The President went on to describe three concrete courses of action his Administration is taking: 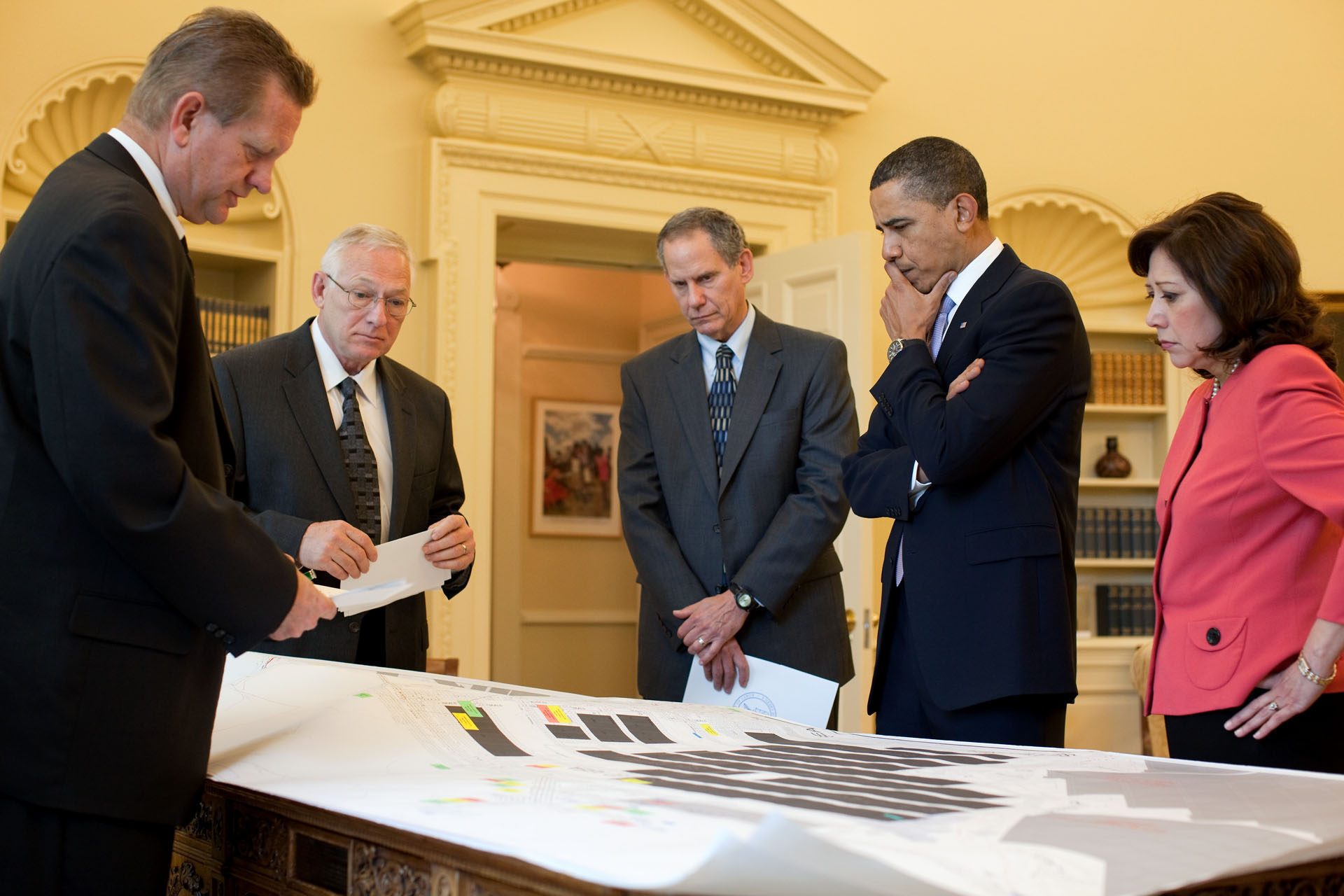