President Obama signed a Presidential Memorandum launching the America’s Great Outdoors Initiative today, which focuses on promoting community-level efforts to conserve outdoor spaces. As part of the initiative, members of the administration will host regional sessions with groups and individuals across the country to discuss ideas on how to protect America’s natural landscape and form a 21st century strategy conservation agenda.

The President said that the initiative is not a “big federal agenda being driven out of Washington,” but an effort to collect the best ideas on conservation that local communities support and reconnect Americans to the outdoors. He explained that the initiative will build on successful conservation efforts being lead by local and state governments, tribes, and private groups, while helping farmers, ranchers, and property owners to protect their lands. The outdoors initiative will also help families spend more time outdoors by building on the First Lady’s Let’s Move initiative.

America’s Great Outdoors Initiative will be lead by the Secretaries of the Interior and Agriculture, the Administrator of the Environmental Protection Agency (EPA), and the Chair of the Council of Environmental Quality. They will work in coordination with the Departments of Defense, Commerce, Housing and Urban Development, Health and Human Services, Labor, Transportation, Education, and the Office of Management and Budget. 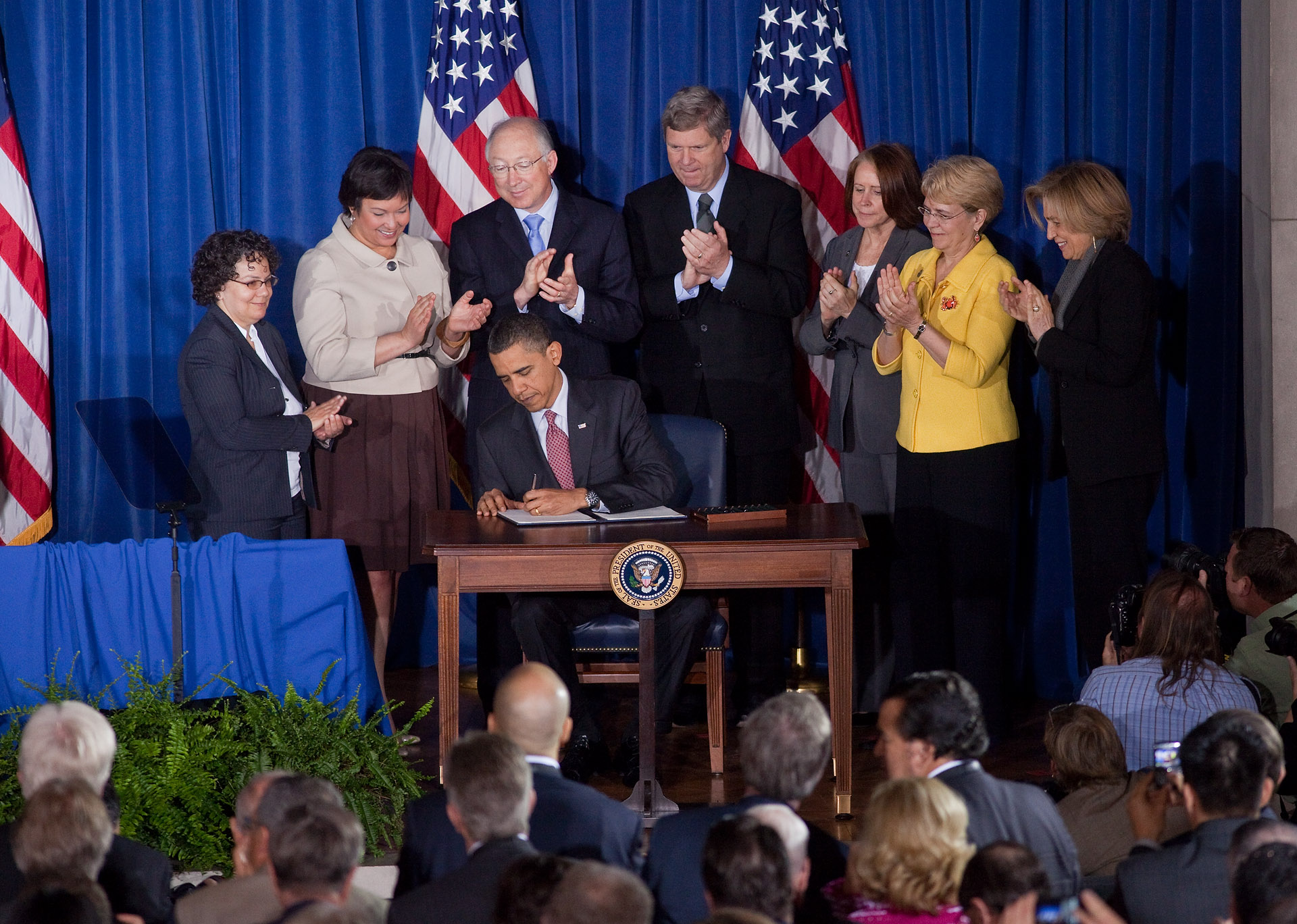 The initiative follows a public lands bill that the President signed into law last year that designated 2 acres of wilderness, over 1,000 miles of wild and scenic rivers, and three national parks, marking the most significant lands bill in decades.

The President reflected on Theodore Roosevelt’s commitment to the outdoors and “legacy of conservation that still enhances our lives.”

[W]e are working faithfully to carry on the legacy of Teddy Roosevelt in the 21st century.  But we also know that we must adapt our strategies to meet the new challenges of our time.  Over the last century, our population grew from about 90 million to 300 million people, and as it did, we lost more and more of our natural landscape to development.  Meanwhile, a host of other factors –- from a changing climate to new sources of pollution -– have put a growing strain on our wildlife and our waters and our lands.

So rising to meet these challenges is a task and an obligation, but it’s one that government cannot and should not meet alone.  There are roughly 1,600 privately run land trusts in this country that have protected over 10 million acres through voluntary efforts.  And by working with farmers and ranchers and landowners, the Department of Agriculture’s Conservation Reserve Program has protected over 30 million acres, and its Natural Resource Conservation Service -– a service that is 75 years old this year –- has protected almost 3 million more.  So together, we are conserving our working lands in a way that preserves the environment and protects local communities.

President Obama followed in Roosevelt's footsteps on a trip to Yellowstone National Park last summer, a longtime tradition of American Presidents. Watch footage of the First Family's visit to Yellowstone.