"An Extremely Important Development in Iraq"

April 19, 2010 at 3:59 PM ET by Jesse Lee
Twitter Facebook Email
Summary:
The Vice President announces that the two most senior officials of al Qaeda Iraq were killed earlier this morning.

This afternoon before the press briefing with Press Secretary Gibbs, Vice President Biden discussed the news that Iraqi security forces and U.S. forces killed the two most senior leaders of al Qaeda Iraq during a series of joint security operations. The Vice President called this morning’s events an “extremely important development in Iraq.”

The former leaders of AQI are the ones who plotted, planned, and executed terrorist attacks against the Iraqis in recent past, as well as against Americans. Their deaths are potentially devastating blows to al Qaeda Iraq.  But equally important, in my view, is this action demonstrates the improved security strength and capacity of Iraqi security forces.  The Iraqis led this operation, and it was based on intelligence the Iraqi security forces themselves developed following their capture of a senior AQI leader last month.

In short, the Iraqis have taken the lead in securing Iraq and its citizens by taking out both of these individuals.  This counterterrorism operation is the culmination of a lot of cooperation and very hard work by Iraqi and U.S. forces to degrade AQI over the past several months and years.

Our thoughts and prayers go out to the family of the U.S. soldier who was killed while supporting this assault.  I apologize.  I hate to mention the death of an individual American without mentioning their name because I don’t want it to sound like it’s just a line.  But the family has not been informed yet, and that’s the only reason I’m not releasing the name of this young hero. 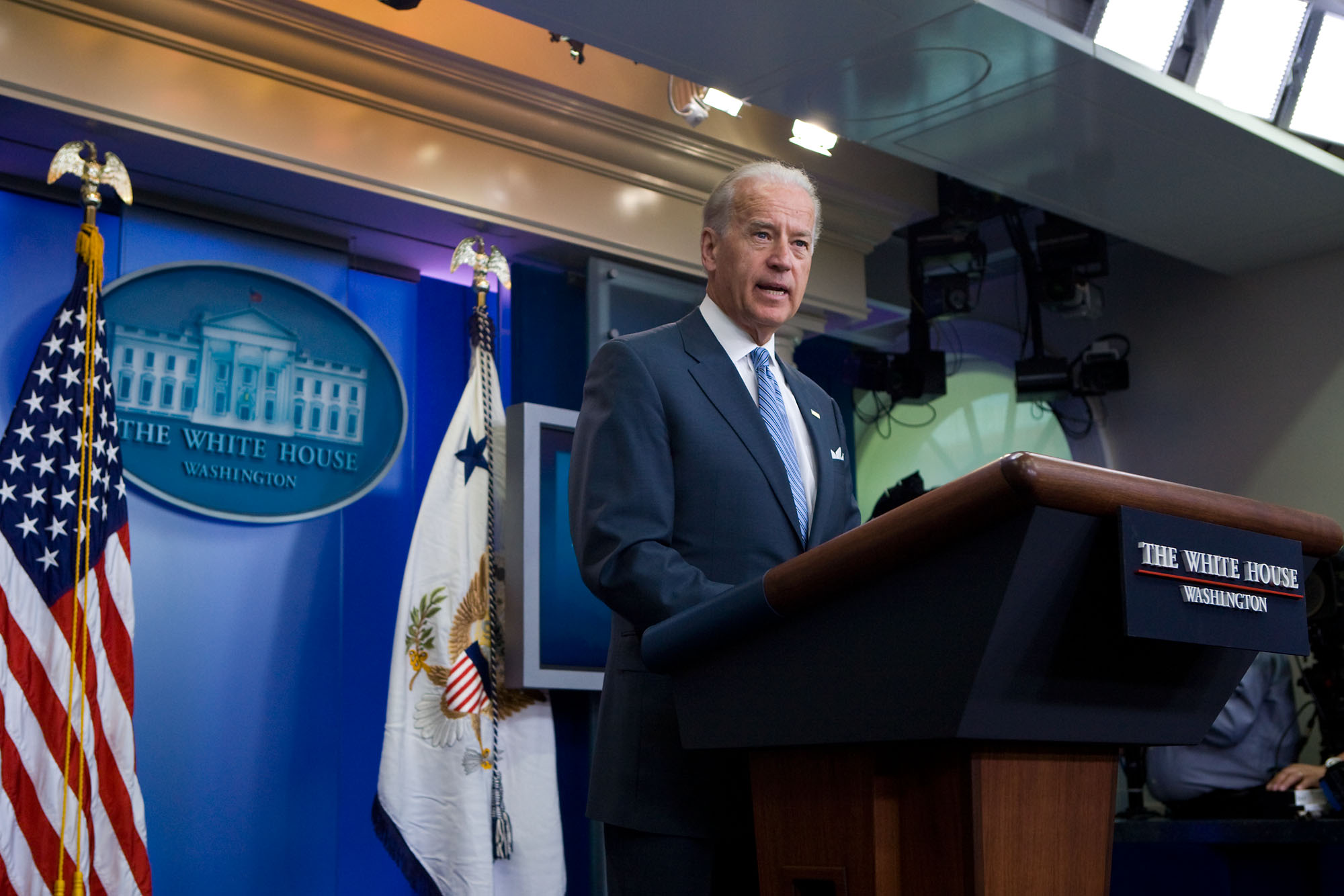 The Vice President thanked the troops and civilians who are serving in Iraq and reaffirmed that the U.S. remains “committed to end our combat mission in Iraq this summer.”

As we complete this security transition, we will continue to work to build a lasting partnership with the Iraqi people and their government based on the many shared interests we have that go beyond the military cooperation we’ve had of late, including the economy, education, cultural exchanges, and the development of a strong economy for Iraq.

For today, I want to mark this important milestone as the Iraqi people stand up to those who would deny them peace, freedom, as well as security.  There will be more difficult days ahead, but this operation is evidence, in my view, that the future of Iraq will not be shaped by those who seek to destroy that country, but belong to those who are building a strong and unified Iraq as I’m confident the Iraqis will do.