"Before Any Decisions Are Made"

April 21, 2010 at 1:17 PM ET by Jesse Lee
Twitter Facebook Email
Summary:
The President describes his hope for the confirmation process for the next Supreme Court Justice before meeting with bipartisan leaders of the Senate.
[[nid:11271]]

This morning the President met with bipartisan leaders of the Senate and the bipartisan leaders of the Senate Judiciary Committee in the Oval Office to discuss the Supreme Court vacancy left by the retirement of Justice Stevens.  Before beginning the meeting, he spoke to the press, commending Justice Stevens as "one of the finest Supreme Court Justices that we’ve seen," as well as the Senators in attendance for "smooth, civil, thoughtful" process by which Justice Sotomayor was confirmed:

My hope is, is that we can do the exact same thing this time.  Last time the nomination went up at the end of May.  We are certainly going to meet that deadline and we hope maybe we can accelerate it a little bit so that we have some additional time.  But my hope is that we’re going to be able to get a Supreme Court nominee confirmed in time for the next session.

As Justice Stevens said, I think it’s very important, particularly given the important cases that may be coming before the Supreme Court, that we get this process wrapped up so that a new justice can be seated and staffed and can work effectively with his or her colleagues in time for the fall session.

So I just want to again thank all of these gentlemen for their input.  They are here to consult with me.  One of the things that we did last time was to listen to the thoughts and views of our colleagues before I nominated a candidate.  I take this process very seriously.  And so I’m going to be interested in hearing their thoughts and concerns before any final decisions are made.

He then took one question on substance before entering the meeting:

Q    Thank you, Mr. President.  Would you be willing to nominate someone who did not support a woman’s right to choose?

THE PRESIDENT:  You know, I am somebody who believes that women should have the ability to make often very difficult decisions about their own bodies and issues of reproduction.  Obviously this has been a hugely contentious issue in our country for a very long time.  I will say the same thing that every President has said since this issue came up, which is I don’t have litmus tests around any of these issues.

But I will say that I want somebody who is going to be interpreting our Constitution in a way that takes into account individual rights, and that includes women’s rights.  And that’s going to be something that’s very important to me, because I think part of what our core Constitution -- constitutional values promote is the notion that individuals are protected in their privacy and their bodily integrity, and women are not exempt from that. 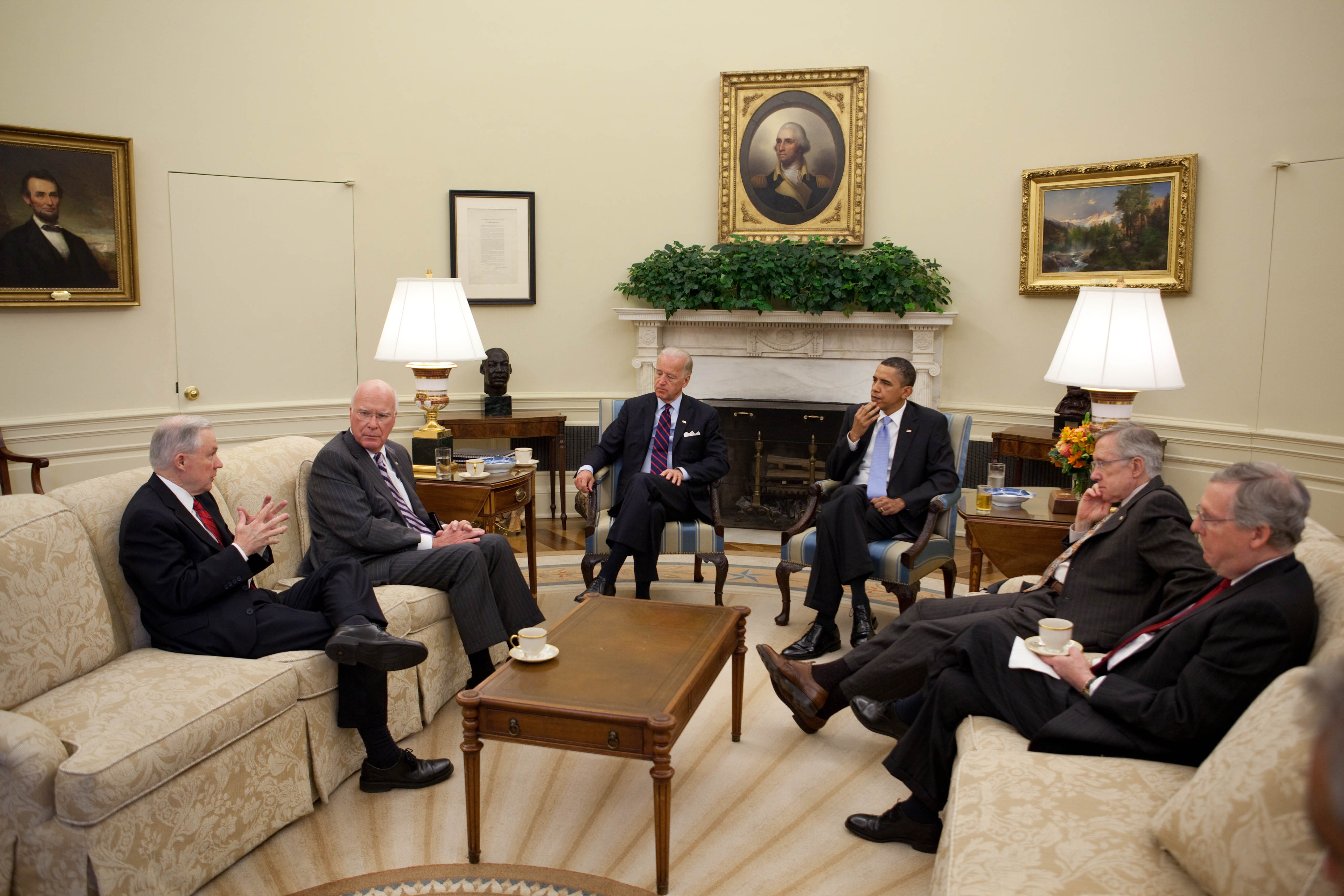