Today, I was humbled to join the President at the White House to administer the oath of allegiance to 24 American service members as they became citizens of our nation. These men and women were born in 16 different countries, but they came to the United States sharing a common purpose, and chose to defend their adopted country even before they became citizens.

These men and women are shining examples of the energy, talent, and commitment that immigrants have always brought to our country. I am proud to call each of them fellow Americans. 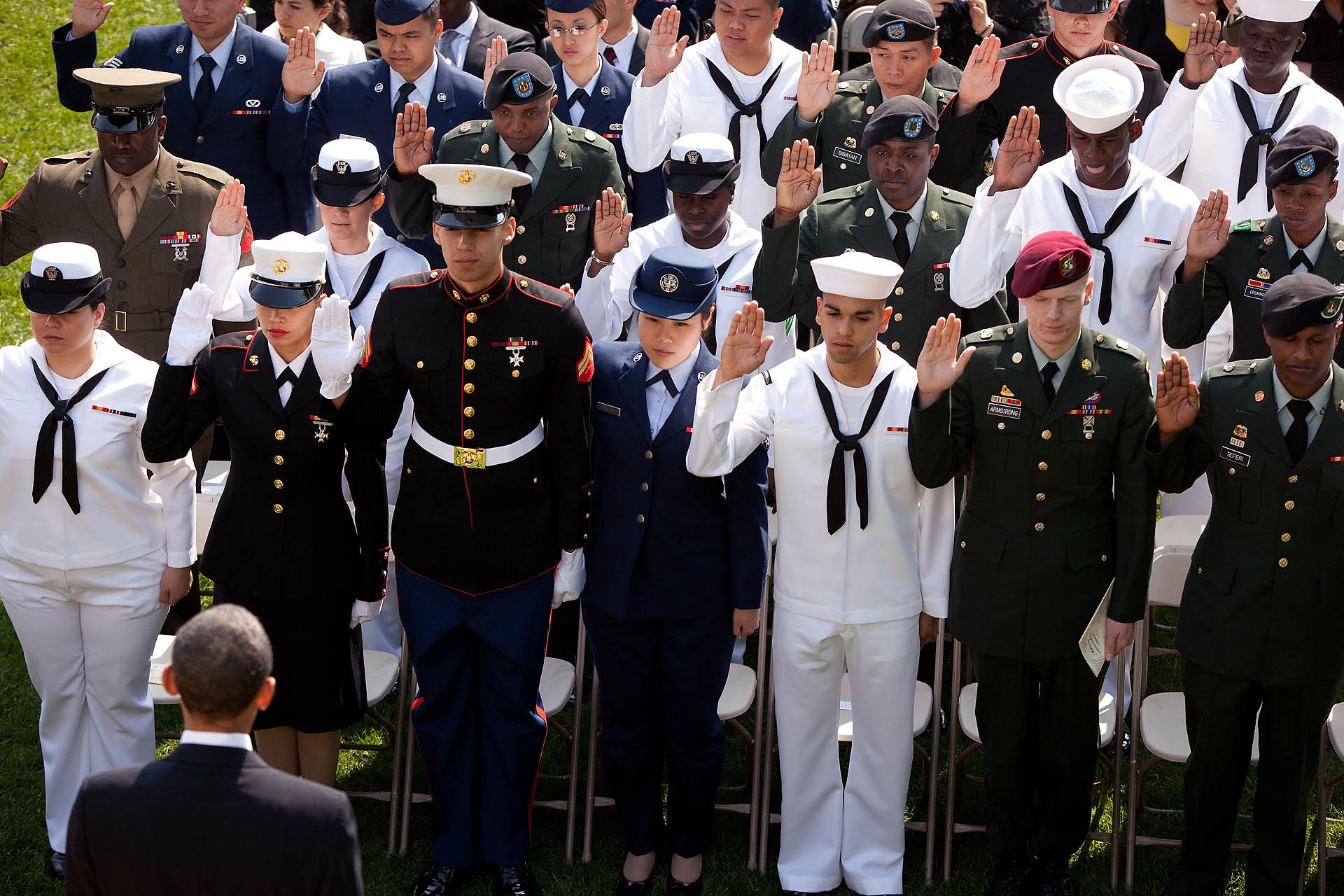 All of today's new citizens joined or reenlisted in the military after 9/11, and made a commitment to defend America and its ideals even though they could be deployed to a hostile combat zone. But they stepped forward anyway to defend America’s safety and our nation’s ideals. For some of them, this meant serving three tours of duty in Iraq, or celebrating Mother’s Day with their children over videoconference.

While the sacrifice that these men and women have given – even while noncitizens – is extraordinary, their stories are not unique. Since 9/11, 58,000 members of our Armed Forces have become American citizens, oftentimes taking the oath of allegiance while deployed in Iraq or Afghanistan. 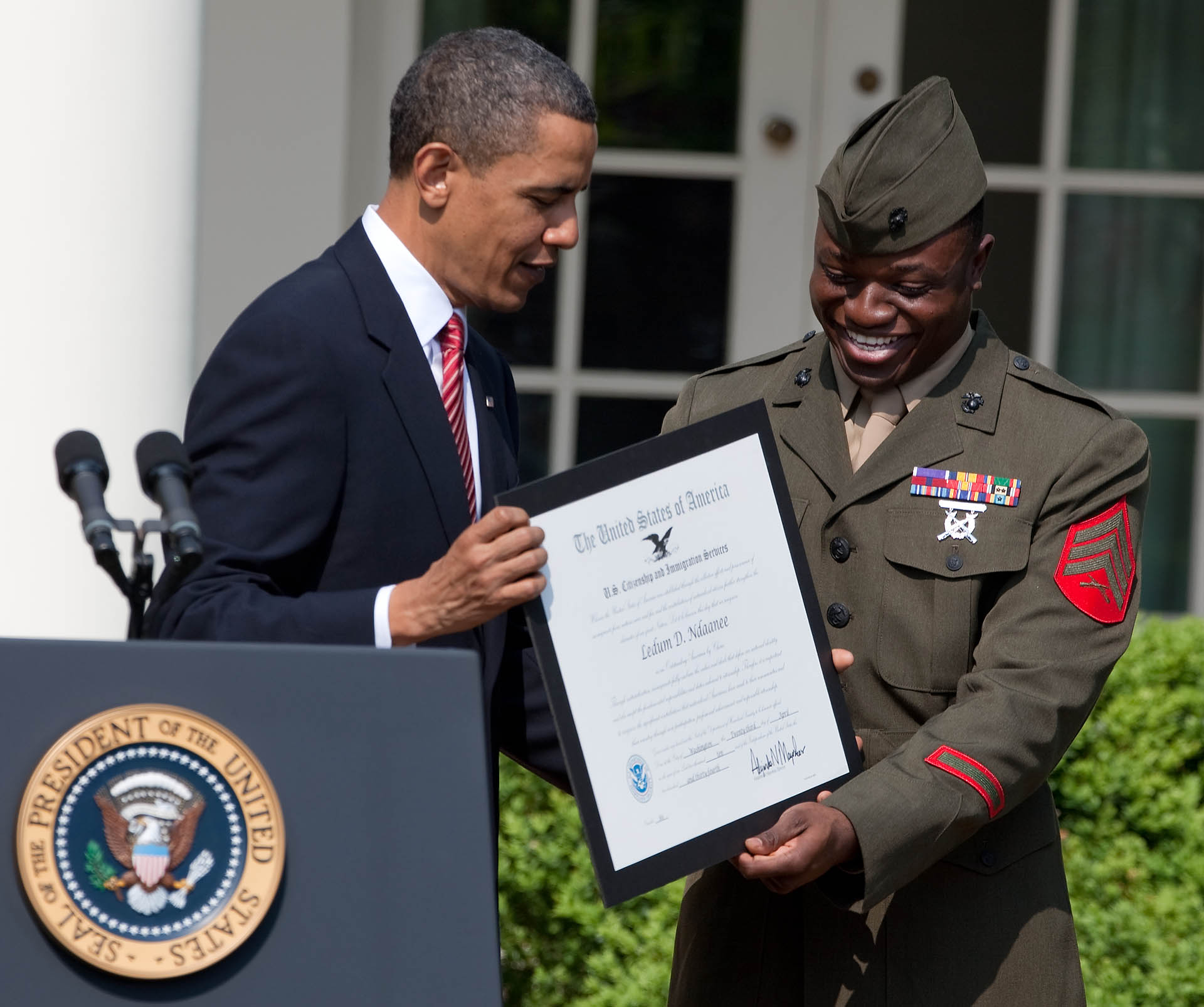 President Barack Obama presents Marine Sgt. Ledum Ndaanee, originally from Nigeria, the Outstanding American by Choice award during a naturalization ceremony for active duty service members in the Rose Garden of the White House. Ndaanee served two tours in Iraq where he was wounded by an IED in 2007. April 23, 2010. (Official White House Photo by Chuck Kennedy)

Americans are born in every part of the world, yet – like these men and women who became citizens today – they come to America because of their commitment to our ideals and their belief in the American Dream. Many of them risk their lives for their country even before they officially become citizens. The 24 service members who became Americans today remind us that immigrants like them have always been a tremendous strength of our country. This is a strength that we must continue to foster in the 21st century.