Analysis of the Advance Report on Durable Goods Manufacturers’ Shipments, Inventories, and Orders for March 2010

April 23, 2010 at 11:34 AM ET by Steven Braun
Twitter Facebook Email
Summary:
Director of Macroeconomic Forecasting Steven Braun explains that this morning's report by the Commerce Department suggests continued recovery in the manufacturing sector.

Manufacturers’ new orders for durable goods, which fell 1.3% in March, is the first item discussed in the Commerce Department’s press release, and is the item headlined by many news organizations.  But this orders series does not tell us much about the actual direction of the economy because it is extremely volatile.  A key source of this volatility of the overall orders series is its inclusion of orders of aircraft.  Aircraft orders are often made in bunches, while, in contrast, shipments of finished aircraft trickle out more smoothly following production lags of several years.  Excluding transportation equipment (the sector that includes aircraft), new orders increased 2.8%, well above market expectations of 0.7%. 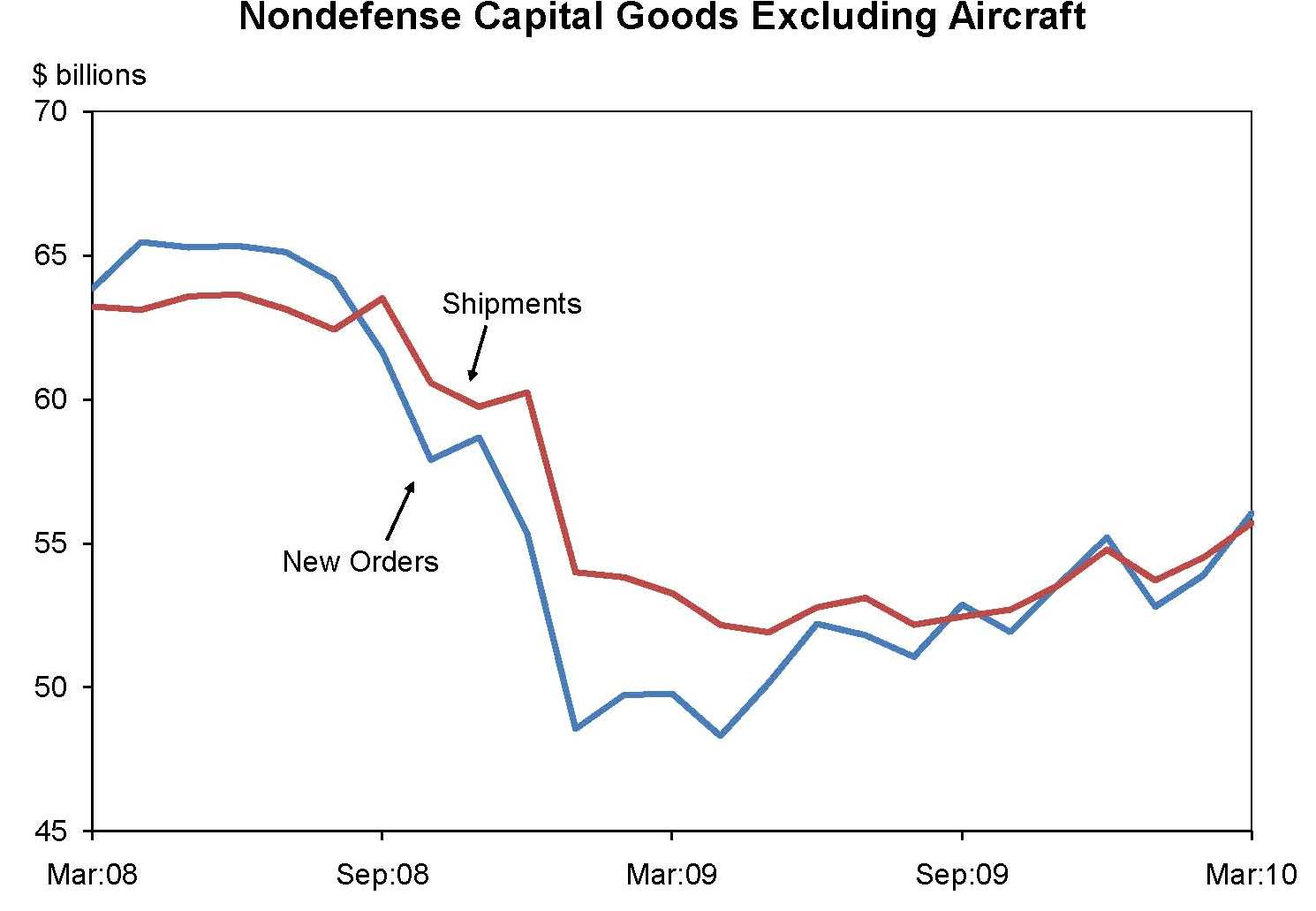 Steven Braun is the Director of Macroeconomic Forecasting at the Council of Economic Advisers.