Getting to the Root Causes of Our Fiscal Challenges

This morning the President’s Bipartisan Fiscal Commission holds its first meeting, taking on one of the most difficult challenges facing any government. The Commission was established by Executive Order in February, when the President appointed co-chairs former White House Chief of Staff Erskine Bowles and former Republican Senate Whip Alan Simpson, along with four other members a week later. The other dozen members of the Commission were appointed by Democratic and Republican leadership in Congress. 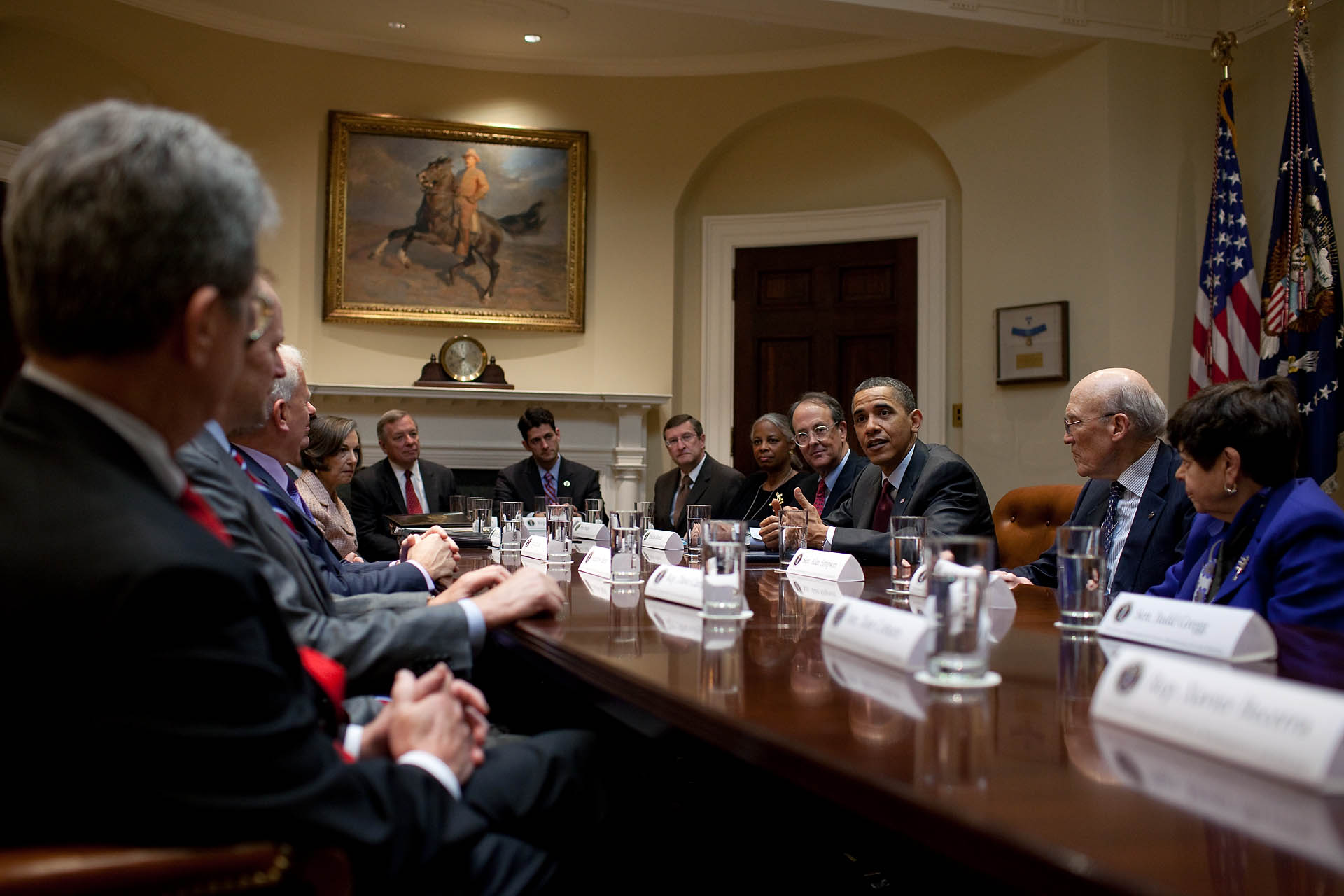 President Barack Obama meets with the National Commission on Fiscal Responsibility and Reform in the Roosevelt Room of the White House, April 27, 2010. (Official White House Photo by Pete Souza)

The President talked briefly with the Commission before they began their meeting, and said a few words about the importance of their mission. He spoke about the work he has done already towards trying to restore a stable fiscal path, from asking Congress to restore the “pay as you go” rule, to going line by line through the budget for more than $20 billion in savings, to challenging long-entrenched but outdated defense projects, to proposing a freeze in most of the discretionary budget for the next three years. As he made clear though, these steps are not enough:

Now, I’ve said that it’s important that we not restrict the review or the recommendations that this commission comes up with in any way. Everything has to be on the table. And I just met briefly with the commission and said the same thing to them. Of course, this means that all of you, our friends in the media, will ask me and others once a week or once a day about what we’re willing to rule out or rule in when it comes to the recommendations of the commission. That’s an old Washington game and it’s one that has made it all but impossible in the past for people to sit down and have an honest discussion about putting our country on a more secure fiscal footing.

In theory, there are few issues on which there is more vigorous bipartisan agreement than fiscal responsibility. But in practice, this responsibility for the future is often overwhelmed by the politics of the moment. It falls prey to special interest pressures, to the pull of local concerns, and to the reality familiar to every single American -- it’s a lot easier to spend a dollar than to save one. That’s what, at root, led to these exploding deficits. And that is what will lead to a day of reckoning.

But I believe, with the help of these gentlemen and this commission, we can begin to meet this challenge in a serious and thoughtful way. And I believe we must, for the future of our country.