Rural areas are home to about 50 million Americans and are an essential part of the overall economy.  As the President embarks on the next stops on the White House to Main Street Tour in Illinois, Iowa, and Missouri, the CEA today released a report that surveys the current state of rural America and describes the Obama Administration’s policies for strengthening the rural economy.  The map below shows the distribution of rural counties across the county.

Among the report’s key findings are that rural America has a diverse economy. Rural residents are employed in a range of industries including manufacturing, services, government, and wholesale and retail trade.  Agriculture, which has traditionally been a key base of the rural economy, continues to record strong productivity gains and is highly competitive in international markets.  However, while rural America offers many opportunities, it also faces a number of challenges. Its educational attainment lags behind that of urban areas.  Improvements in health status also have not kept pace, and access to doctors and health services has been a key challenge in rural areas.

The newly-released CEA report outlines four categories of Administration’s policies to lay a foundation for 21st-century growth that will continue to strengthen and diversify the rural economy, support rural workers and businesses, and put rural America on a path toward a more prosperous future.  Many of these policies are already being implemented through the American Recovery and Reinvestment Act of 2009.  But further work remains to ensure the prosperity and vitality of Main Streets across America.

The first category of Administration policies for strengthening rural America is focused on growing businesses and expanding employment opportunities.  These policies include increased support for small business lending through Recovery Act funds to the Small Business Administration.  They also include incentives to greatly expand biofuel production and renewable energy generation, which are often centered in rural areas.  For instance, with the Renewable Fuels Standard just put into place, it is expected that over 100 ethanol plants will be built over the next decade, while incentives for renewable energy generation in the Recovery Act are expected to double wind generation.  There are also important new opportunities for rural tourism and recreation.

A second category of policies is aimed at strengthening rural infrastructure.  Without roads, bridges, water projects, and telecommunications, rural America cannot get its products to market efficiently or be fully integrated with the rest of the economy. For this reason, the Federal government has traditionally supported rural infrastructure projects.  The Obama Administration has continued that support in important and innovative ways, such as by supporting the expansion of broadband internet access to rural areas and upgrading and improving the efficiency of existing rural water infrastructure.

A third category of policies focuses on strengthening the agricultural sector.  As part of the National Export Initiative, the Administration has proposed measures to further open international markets to U.S. agricultural products.  It has also proposed reforms to better target farm support programs, and urged a greater focus on local and regional food systems through initiatives such as Know Your Farmer, Know Your Food.

The fourth category of policies is aimed at strengthening the labor force and improving the quality of life in rural America by investing in education and health care.  For instance, the President’s proposed American Graduation Initiative, together with infrastructure investments in rural broadband, will help make high-quality online courses available, especially benefiting rural areas.  The Administration is also investing in the health of rural America by taking actions to increase the affordability and quality of health care, while bolstering the medical workforce and infrastructure to address the unique challenges rural residents face in accessing doctors and hospitals.  Health insurance reform through the Patient Protection and Affordable Care Act also provides special support for the rural medical workforce by expanding graduate medical education positions in rural teaching hospitals and by supporting training for doctors and nurses in rural health care. 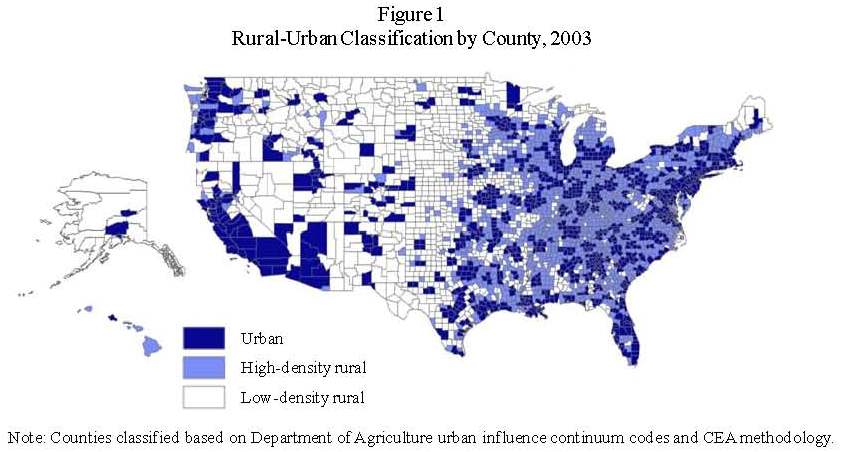 Ann Wolverton is Senior Economist at the Council of Economic Advisers who focuses on Energy, Environment and Natural Resources