"A New Foundation for Long Term Growth and Prosperity"

April 28, 2010 at 5:58 PM ET by Jesse Lee
Twitter Facebook Email
Summary:
President Obama visits the POET Biorefining plant and discusses the positive impact clean energy will have on the economy.

This afternoon, President Obama visited the POET Biorefining plant in Macon, Missouri, and commended POET for helping stake America’s claim on the future in clean energy. Discussing the significance of reducing our dependence on foreign oil and creating energy security, the President said that “the country that leads the clean energy economy will be the country that leads the 21st century economy.”

Noting the signs of progress on the economy, he said that “our markets are climbing again and our businesses are beginning to create jobs again” but also said that “recovery hasn’t reached everybody yet.”  The President explained that the administration has already taken a series of steps to prevent an immediate catstrophe, and while “some of those decisions weren’t popular, they were the right ones.” He talked about moving forward by laying a new foundation for America’s prosperity:

I didn’t run for President just to get back to where we were; I ran for President so that we could move forward and finally start dealing with some of the problems that we’ve had for a very long time.  I want our economy to be on a new foundation for long-term growth and prosperity, and to create the kinds of conditions so that folks can work hard to finally get ahead.

That means making our schools more competitive, and our colleges and our community colleges more affordable to young people.  That means health insurance reform that gives families and businesses more choice, and more competition, and better protection from some of the worst abuses of the insurance industry.  It means common-sense reforms that prevent the irresponsibility of a few people on Wall Street wreaking havoc all across Main Street, all across America.  And it means igniting a new, clean-energy economy that generates good jobs right here in the United States and starts freeing ourselves from dependence on foreign oil.

The President talked about the progress being made around delivering the next generation of biofuels, noting that renewable, homegrown fuels “are a key part of our strategy for a clean energy future.”

I may be the President these days, but I want to remind everybody I was the senator from Illinois.  I didn’t just discover the merits of biofuels like ethanol when I first hopped on the campaign bus.  I was telling Steve this was not the first ethanol plant I visited.  And I believe in the potential of what you’re doing right here to contribute to our clean energy future, but also to our rural economies. 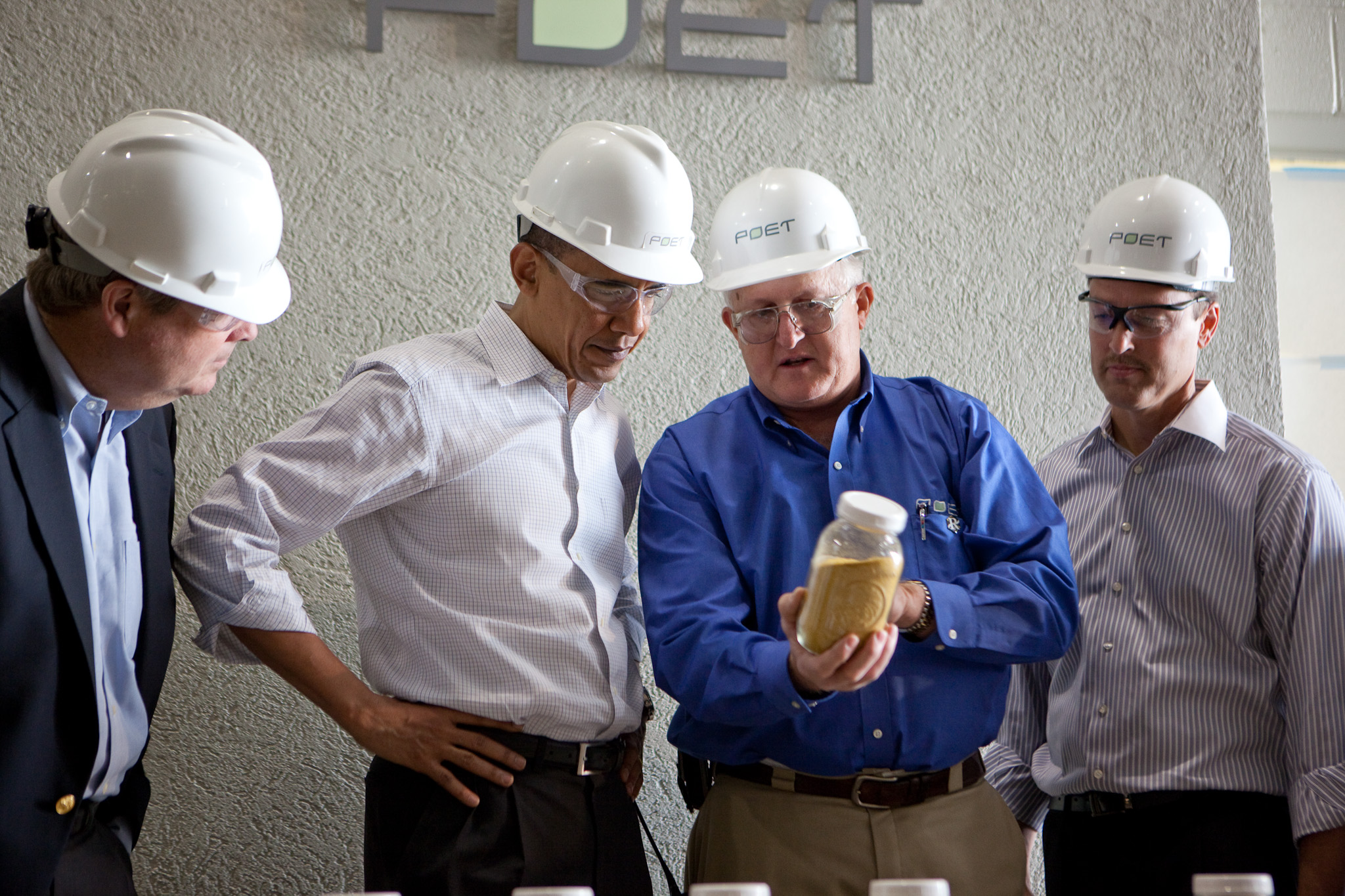