Interns Get Hands-On for Earth Day

Inspired by President Obama's call to action, a group of Council on Environmental Quality interns volunteered on Earth Day, knowing that even a seemingly small effort can make a large impact. Using Serve.gov, they found an opportunity to help remove non-native plants in Rock Creek Park. After a trip on the metro, a bus ride, and a short walk, they arrived at the Rock Creek Nature Center and Planetarium. 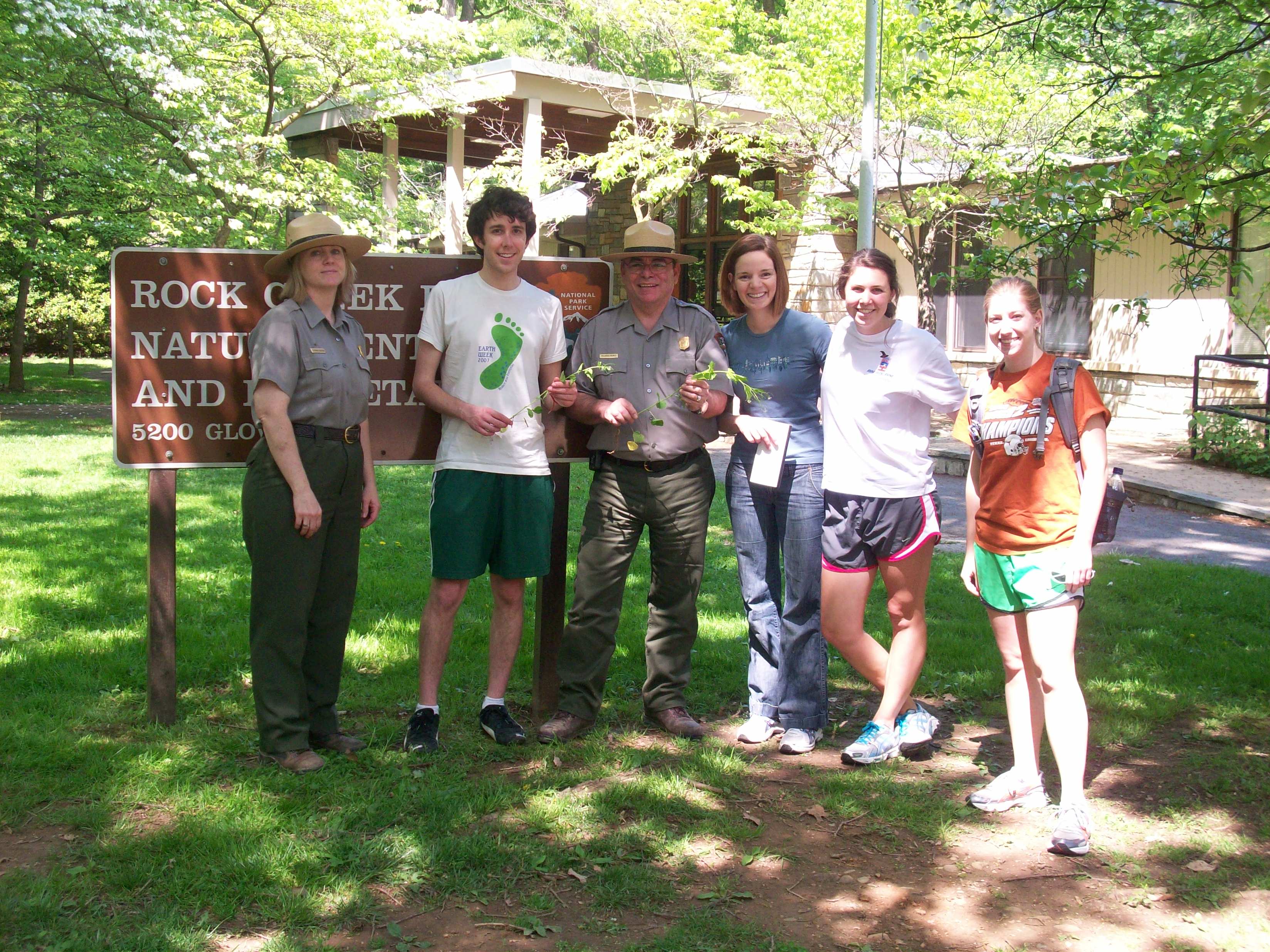 They met with two park rangers who taught them about Alliaria Petiolata, more commonly known as Garlic Mustard, an invasive, non-native plant species that is having a negative impact on the Rock Creek ecosystem. After learning about the plant, they donned work gloves and headed into the woods. They were fortunate that after days of rain, the sun was out!  In addition, the ground was still damp, making it much easier to extract the long carrot-shaped roots. 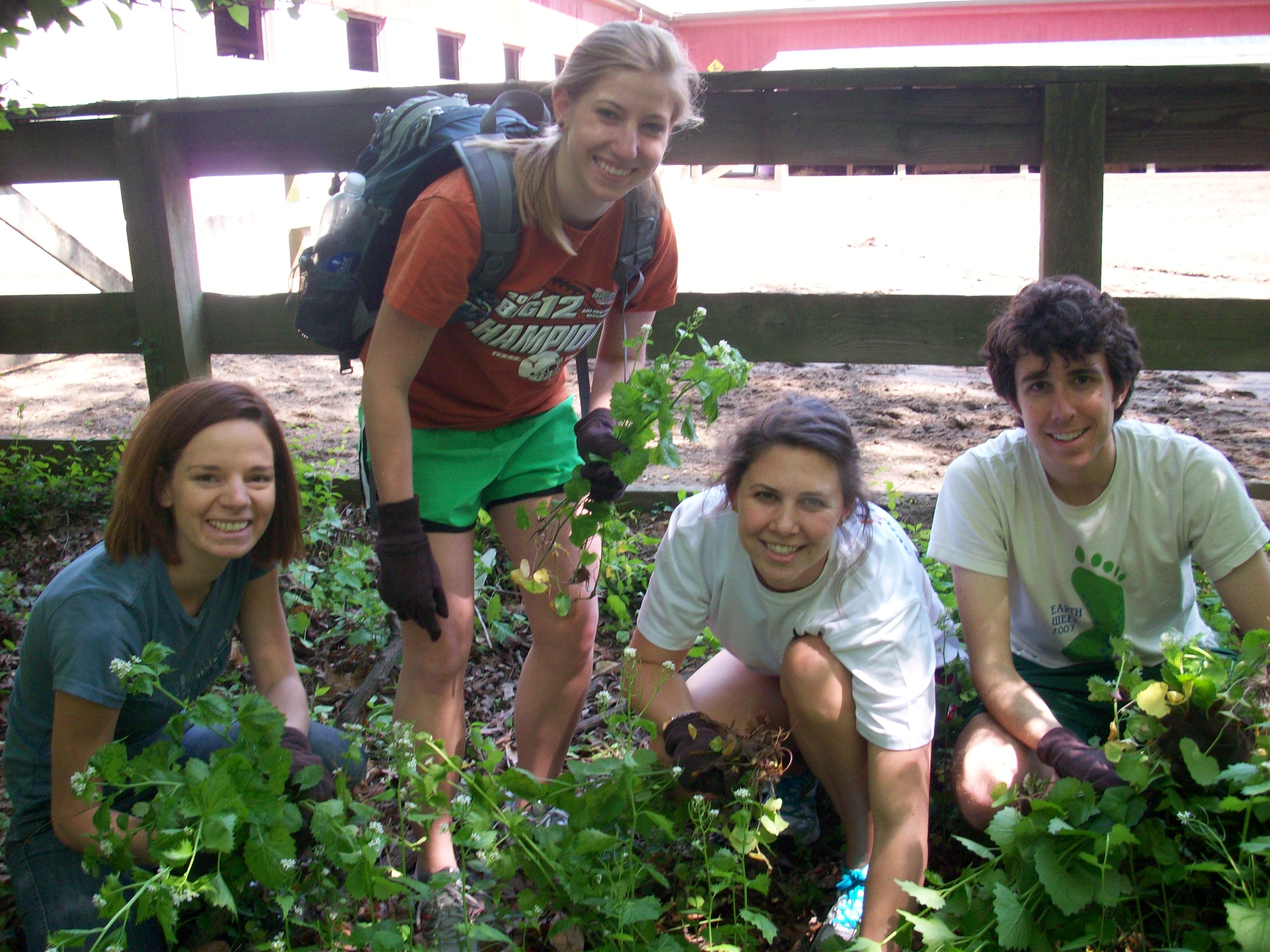 The two hours they spent weeding gave them both the opportunity to bond further as a group, and to join the other volunteers throughout the country participating in service projects in honor of Earth Day. They - and all the staff at CEQ - are happy to play any small part in a movement far larger than ourselves. After dropping off their bags of garlic mustard at the nature center, they began the trek back to the office, a little sunburnt, a little dirty, but with a renewed spirit to make sure that every day is Earth Day!