Why Wall Street Reform Matters for the Middle Class

Yesterday, Vice President Biden and Treasury Secretary Geithner traveled to Milwaukee, Wisconsin for a Middle Class Task Force (MCTF) meeting about the need for Wall Street reform.   Why, you might, would the VP’s MCTF take up the cause of reforming the way financial markets work—or don’t work?

Because the outcome of this debate—the policies that ultimately come out of it—are of great importance to the economic lives of middle-class families.

Speaking at the University of Milwaukee-Wisconsin’s Sheldon B. Lubar School of Business, the Vice President stressed two reasons why this matters so much.  First, the meltdown might have emanated from Wall Street, but it reached Main Street with a vengeance.   The Great Recession was born of a housing bubble inflated by negligent oversight, the absence of transparency in key financial markets,   and a reckless pursuit of risk that brought this economy to the brink of depression.  The result is all too well known: millions of jobs lost, housing values and retirement savings decimated, small businesses shuttered, and an already-pinched middle class squeezed even harder.

Second, and this may be a little hard to believe right now, the VP reminded us that the stock market exists for a good reason.  When it’s working properly, it directs capital to the most productive investments in order to make something real and useful for society’s benefit, creating good, middle-class jobs along the way.

Historically, at least when it wasn’t beset by reckless speculation, the financial system played a key role in our economy, doing everything from financing the next great industry, to helping firms borrow money for investments in factories, to providing the overnight lending needed to stock shelves in the mall.

In fact, this system is so important that you can’t have a healthy economy without it.  But regulators, lulled by fairy tales of self-correcting markets, fell asleep at the switch, and Wall Street went from playing a productive role in our economy by distributing capital to useful investments to playing an actively destructive role by diverting that capital into their own private casinos.

There’s no way the middle class can get their fair share of the growth when that’s happening. 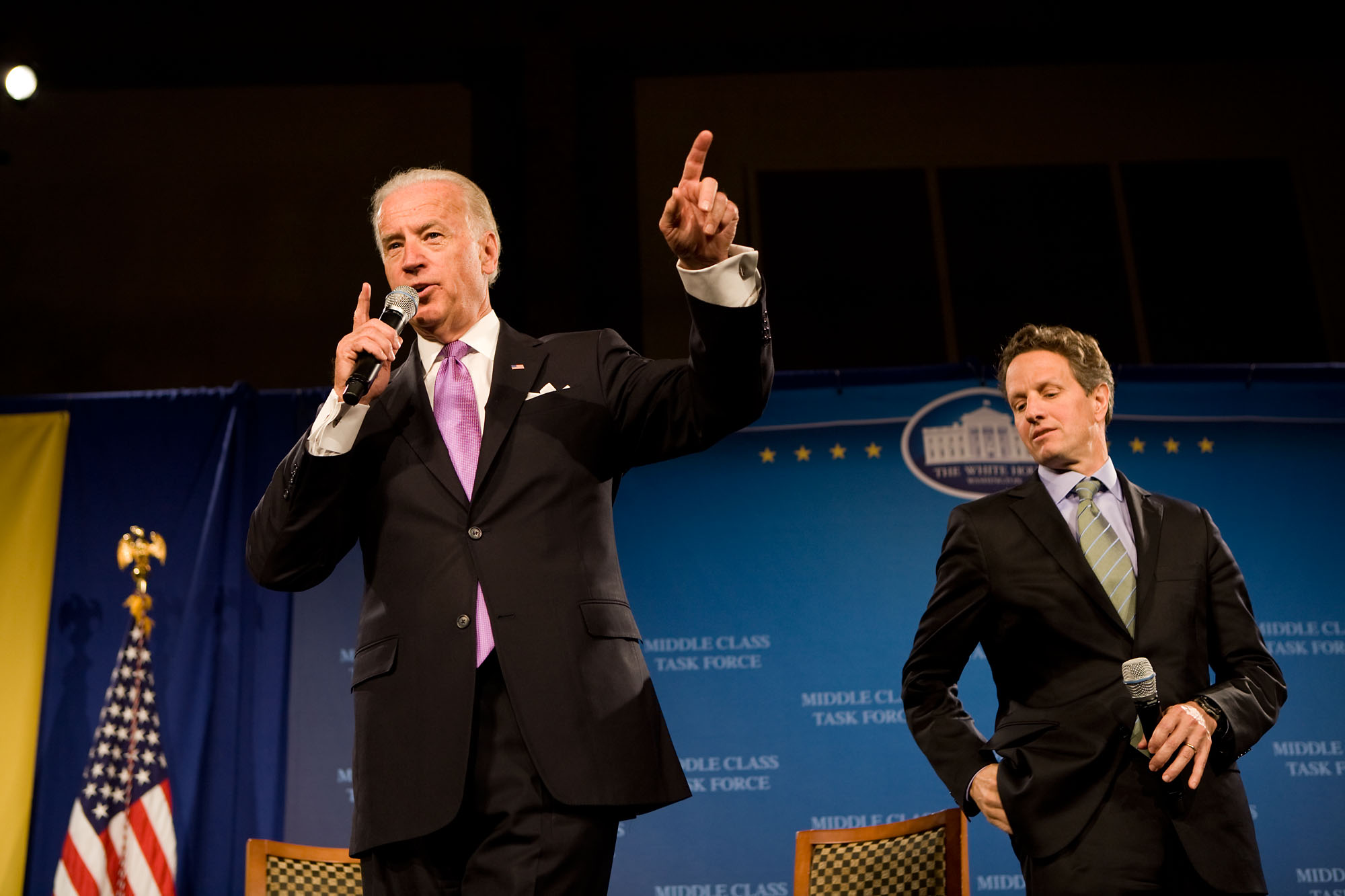 After they spoke, Vice President Biden and Secretary Geithner opened up a discussion with the public, taking questions from the audience about Wall Street reform.   We got some great questions, which gave the Vice President and the Secretary a perfect opportunity to explain why we’ve proposed the reforms that we have, and how those reforms will prevent another painful financial crisis like the one we just experienced.

We’ve just learned that the Senate has allowed debate to begin debate on this critical legislation.  Our nation now has a historic opportunity to reform this central aspect of our economy.   In the name of the great American middle class, it is an opportunity we must not squander.