April 30, 2010 at 9:46 AM ET by Christina Romer
Twitter Facebook Email
Summary:
CEA Chair Christina Romer writes that the economy has improved dramatically over the past year.

Each additional quarter of GDP growth is a welcome sign that the economy is healing from a severe recession that cost over eight million jobs and wiped out trillions of dollars in household and family wealth. Given the severity and depth of the recession, it will take a number of quarters of robust growth and strong employment gains to return the economy to full health and full employment.

The most encouraging news in the report was the strong growth of key types of private spending by consumers.  Personal consumption expenditures grew at an annual rate of 3.6 percent, suggesting renewed confidence among households.  This growth is also consistent with the rise in tax refunds in the first quarter due to the Recovery Act (see the CEA’s Third Quarterly Report on the Economic Impact of the American Recovery and Reinvestment Act of 2009 for more information on the surge in Recovery Act tax relief in the first quarter).  Business investment spending on equipment and software rose strongly as well, increasing at a 13.4 percent rate.  Businesses also increased their inventory investment substantially, suggesting they are more optimistic about future sales.

While there is much to be encouraged by in the report, there were two areas of notable weakness.  First, both residential and non-residential structures investment declined, reflecting continuing slack in the housing and commercial real estate markets.  Second, state and local government purchases fell at a 3.8 percent rate, more than offsetting a small rise in Federal purchases.  This fall in state and local government spending was the largest since 1981, and is consistent with the continuing severe budget shortfalls in many states.

The Administration continues to work with Congress to take responsible actions that will help the private sector create jobs and speed the recovery. 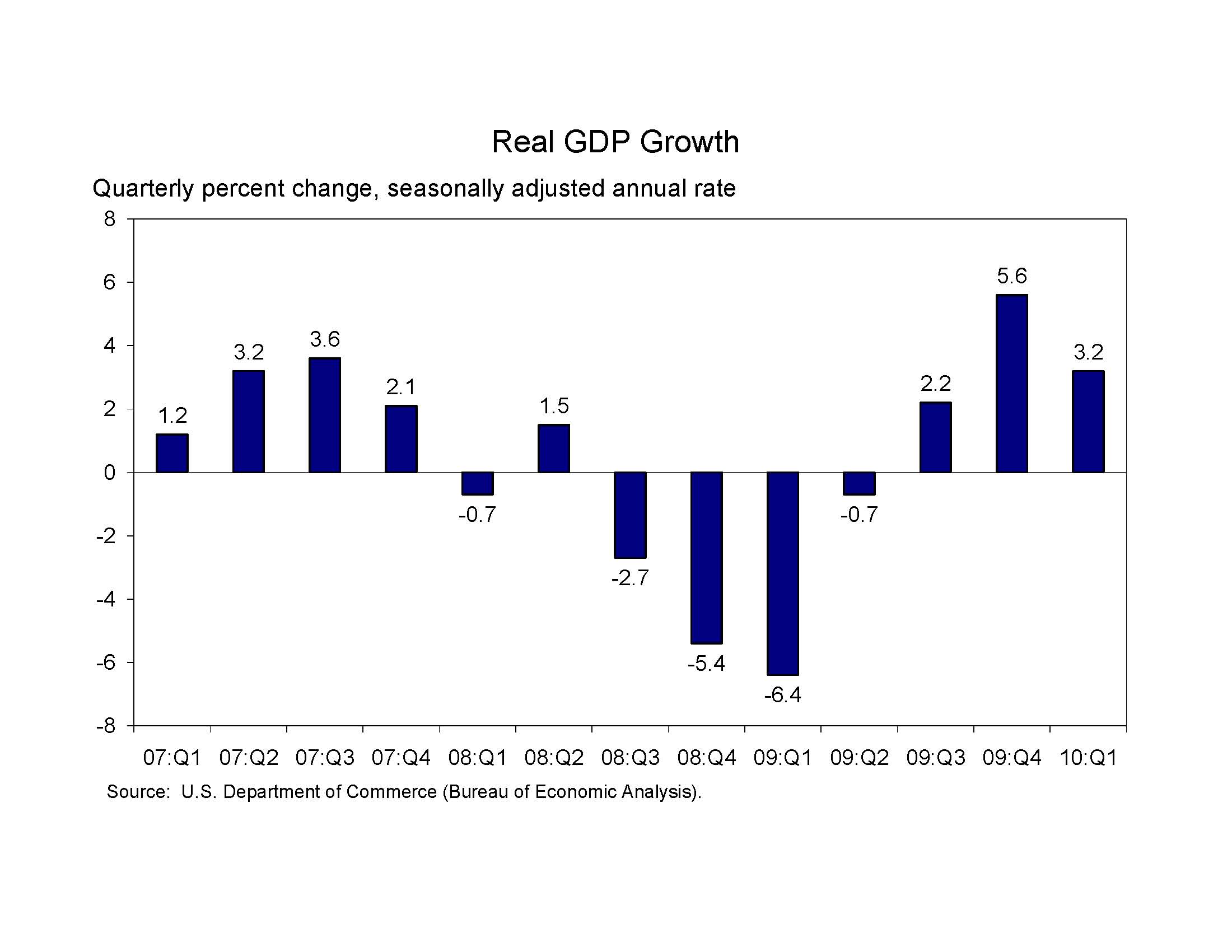