May 1, 2010 at 11:54 AM ET by James Fenton
Twitter Facebook Email
Summary:
James Fenton, an employee at an advanced battery manufacturer hired as a result of a Recovery Act grant, joins President Obama on-stage for a statement on the first quarter 2010 GDP numbers at the White House and discusses how the Stimulus has impacted his life.

Ed. Note: Yesterday the President made a statement on the first quarter 2010 GDP numbers in the Rose Garden, joined by representatives and workers from U.S. manufacturers including A123 Systems, a Massachusetts based advanced battery manufacturer, that are expanding production and hiring as a result of Recovery Act investments in innovation and technology. Electrical Engineer James Fenton joined the President on-stage and shared his story following the event.

I had the honor of being invited to the White House to speak with President Obama about how the Stimulus has impacted my life.

After working as an engineer for 25 years at an Oregon-based company, I was laid off in October of 2009. With two kids in college, I was under pressure to find a job to pay for their education, which is a top priority for me.

After sending out countless resumes to companies in the Pacific Northwest, I knew that I had to look elsewhere to find a job. I reached out to a former colleague, who is now working for A123 Systems, a company that produces lithium ion batteries for use in electric vehicles. I was offered three months of contract work so I kissed my wife good-bye, told her I would see her in three months and got on a plane to Michigan.

After three months of contract work at A123, I was brought on full-time in March. A123 was able to hire me full-time because of the money that it received as part of the Stimulus Act. I am now in the process of moving my family from the Pacific Northwest to Michigan, one of the hardest hit states, for a job that was there because of Recovery Act dollars.

I feel extremely lucky to be a part of A123 – a company where people have a sense of pride and ownership in their work and a strong passion for what they are doing. We want to build the best lithium ion batteries in the world and we want to help Michigan get back on its feet.

Even in 1967, my father recognized that electric vehicles were the future of the automotive industry. He understood that the electrification of vehicles would reduce our dependence on foreign oil and make our planet a better place to live.

After several years I left Ford and moved back to the Pacific Northwest. When I was laid off and had the opportunity to join A123 Systems to work on the breakthrough battery technology that has been the elusive missing link for electrification since my Dad’s days at Ford, it was as if everything was falling into place.

I am fulfilling my father’s dreams of working to bring the vehicles of tomorrow to the world today, and I’m doing it on American soil.

Only a few short months ago, I was unemployed and wondering how I was going to continue to pay for my children’s education. Today, I was standing with President Barack Obama in the Rose Garden at the White House because of the small part that I am playing in the greening of our automotive industry. And a Fenton is again building electric vehicles -- I know that my father would be proud. 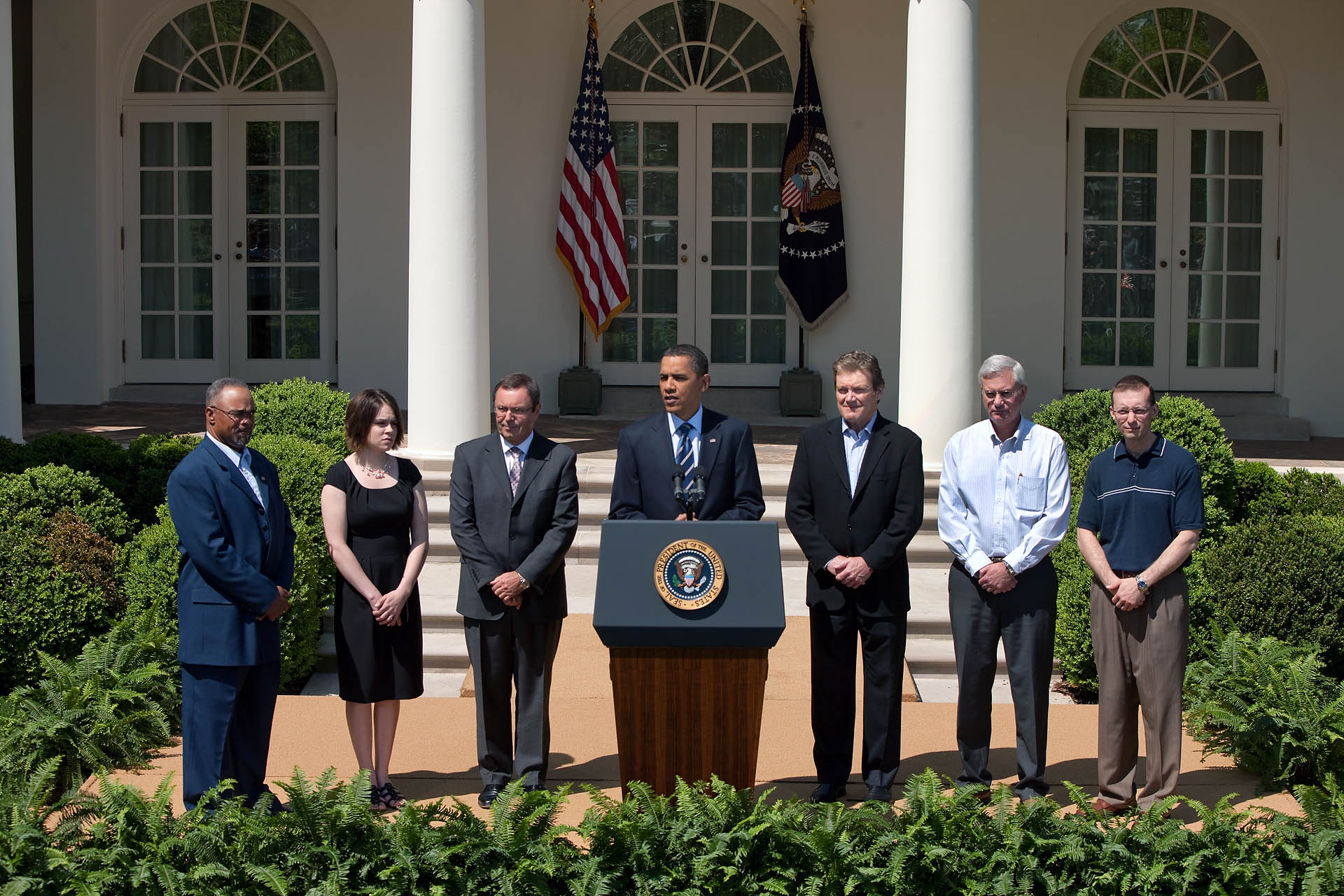 President Barack Obama comments on the first quarter 2010 GDP numbers in the Rose Garden of the White House, April, 30, 2010. President Obama is joined by representatives and workers from two U.S. manufacturers, Itron, a Washington state based manufacturer of smart energy meters, and A123 Systems, a Massachusetts based advanced battery manufacturer, that are expanding production and hiring as a result of Recovery Act investments in innovation and technology. From left are, from Itron, setup/repair operator James Morris; production assembler Carla Reysack; and CEO Malcolm Unsworth. From A123 Systems, President and CEO David Vieau; electrical engineer James Fenton; and design engineer Antonio Biundo April 30, 2010. (Official White House Photo by Lawrence Jackson)

James Fenton is an Electrical Engineer at A123 Systems