May 2, 2010 at 9:09 AM ET by
Twitter Facebook Email
Summary:
The President speaks at the White House Press and Scholarship Dinner, thankful to be on before Jay Leno because "[w]e’ve all seen what happens to the person in the time slot after Leno."
[[nid:11729]]

President Obama made his second appearance at the annual White House Press and Scholarship Dinner last night in Washington, D.C.  He took the dais before the headliner Jay Leno, remarking, "I’m also glad to be speaking first.  We’ve all seen what happens to the person in the time slot after Leno."

But Leno was far from the only subject of the President's jokes. Senators, Members of Congress and his own Administration were all fair game. Of the recently passed health reform legistlation, he noted:

You might have heard we passed a health care bill. And some Republicans have suggested that the bill contains a few “secret” provisions. That’s ridiculous. There aren’t a few secret provisions in the health care plan. There are like hundreds. And tonight, in the interest of transparency, I’d like to share a couple. Let’s see here. This provision is called the “Bay State of Denial.” It reads, “This bill shall cover short-term memory loss related to the passage of Massachusetts health care reform.” Good news, Mitt, your condition is covered! This next provision is called the “Jersey Shore-Up.” It reads, “The following individuals shall be excluded from the indoor tanning tax within this bill: Snooki, J-Woww, the Situation, and House Minority Leader John Boehner.” This provision ought to put a common misconception to rest. It says right here: “If you do not like the ruling of your death panel, you can appeal it.”

He concluded his remarks before Leno took the stage with a reminder of the necessary role of the fourth estate:

Some of you are seasoned veterans who have been on the political beat for decades. Others here tonight began their careers as bloggers not long ago. But I think it’s fair to say that every single reporter in this room believes deeply in the enterprise of journalism. Every one of you, even the most cynical among you, understands and cherishes the function of a free press in the preservation of our system of government and our way of life. And I want you to know that for all the jokes and occasional gripes, I cherish that work as well. In fact, tonight, I wanted to present you all with a bipartisan, Congressional resolution that honors all those wonderful contributions that journalists have made to our country and our world. Unfortunately, I couldn’t break the filibuster.

The President also noted his ongoing concerns for the BP oil spill and the residents of the Gulf Coast. He will be traveling to the region later today. 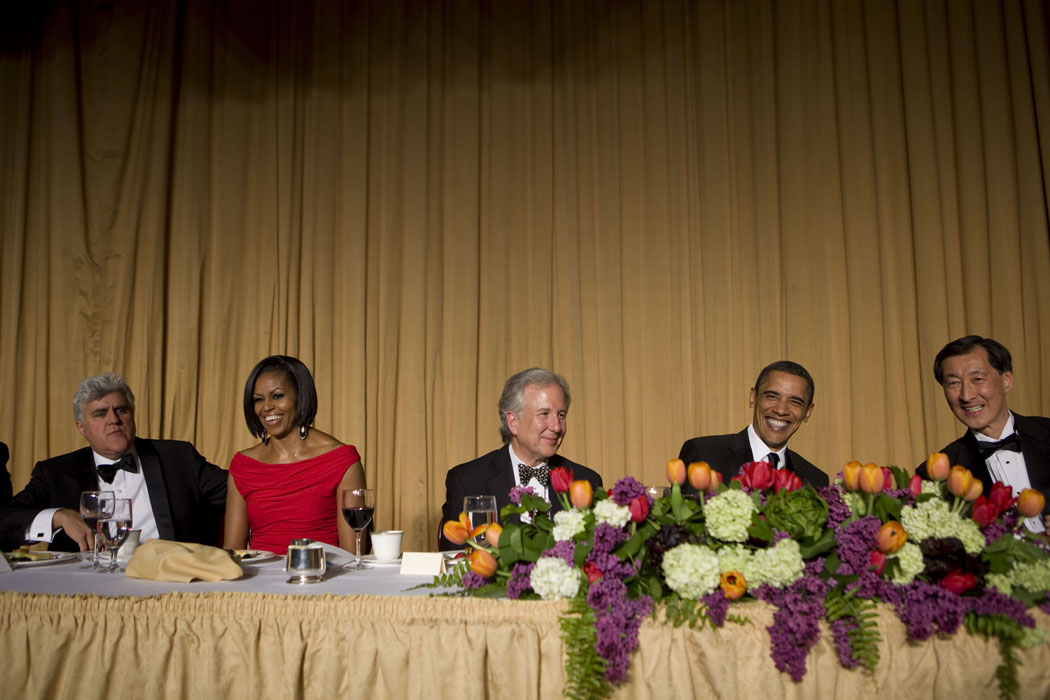