May 6, 2010 at 9:48 AM ET by Beth Noveck
Twitter Facebook Email
Summary:
Professor Benjamin Davis of The Cooper Union College teaches 10th grade students at the East Side Community High School about waste water treatment as part of National Lab Day.

With a major water main break in Boston and the BP oil spill in the Gulf of Mexico in the news these days, it is obvious how much our country needs well-trained chemical engineers with expertise in pollution prevention and treatment. Professor Benjamin Davis of The Cooper Union College is just such an expert. He had been looking for a way to teach young people the field he loves so that they, too, might know about and choose chemical engineering as a college and career option.

Thanks to an article in the newspaper, he came across a link for National Lab Day—a nationwide initiative to foster collaborations among volunteers, students, and educators—and signed up. Yesterday, at the East Side Community High School on the lower east side of Manhattan, Professor Davis taught 10th graders (as well as this U.S. Deputy CTO) how waste water is treated on an industrial scale. In keeping with the basic tenet of National Lab Day, this wasn't just a lecture. It was a hands-on experiment through which we learned how to clean and purify "contaminated" water—namely 100 ml of tap water that the good Professor had mixed with 18 g of dirt, 10 g of flour, 2 ml of salad dressing, and some dish soap that science teacher Joe Vicente had provided for the experiment.

This get-your-hands-dirty experiment can be traced in part back to last November, when the President launched the "Educate to Innovate" campaign to motivate and inspire students to excel in science, technology, engineering, and math. At that White House event, he announced the launch of National Lab Day and challenged Americans to get involved in a historic grassroots effort to bring hands-on learning to students by upgrading science labs, supporting project-based learning, and building communities of support for STEM teachers.

"Yo-Yo Ma is in New York today and he can visit five schools," Klein remarked. "But a program like National Lab Day can put a ‘Yo-Yo Ma’ of science and technology in every classroom." And you never know what these match-ups will lead to, he added. "I had a physics teacher in high school who helped me get a science grant that let me go to college."

And although Yo-Yo Ma was not part of today’s water treatment experiment, TV stars Tim Daly and Andrea Bowen turned up to add some chemistry to the chemistry. And of course, there was pizza.

May 12th is the official National Lab Day kick-off, but National Lab Day isn't just a single day. It's an ongoing, year-round, grassroots effort in participatory citizenship designed to encourage young people, as President Obama has said, "to be makers of things, not just consumers of things." 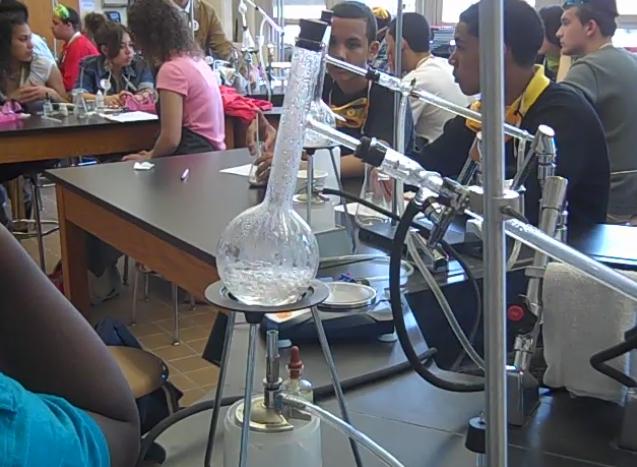 Students at East Side Community High School in New York learn how to clean up dirty water as part of a National Lab Day experience. (Photos by Beth Noveck) 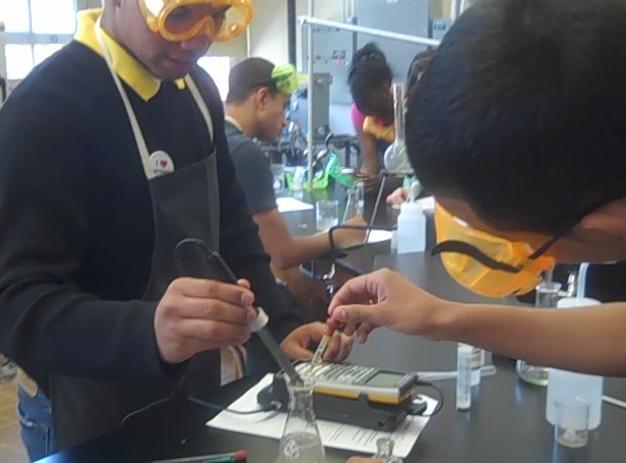