Today’s employment report shows the strongest signs yet of healing in the labor market, as private nonfarm payrolls expanded substantially. At the same time, the rise in the unemployment rate reminds us of how far we still have to go before the economy is fully recovered.

Payroll employment increased by 290,000 in April--the largest one month employment gain since March 2006. Of this total, 231,000 was in the private sector. Hiring related to the decennial Census contributed 66,000 to the total. The payroll employment numbers for February and March were also revised up substantially (by 53,000 and 68,000, respectively). The current numbers now show that employment has grown in each of the past four months.

The job gains were spread widely across sectors. Construction, manufacturing, professional and business services, education and health, and hospitality and leisure all added jobs. Indeed, the rise in manufacturing employment of 44,000 was the largest since August 1998. One area of weakness was state and local government, which reduced employment by 6,000. Temporary help employment grew more slowly than in previous months (+26,000), suggesting that firms may be moving to more permanent hiring. The average workweek for all employees on nonfarm payrolls increased by 1/10 of an hour and is up 3/10 of an hour since December.

While today’s report clearly suggests that we are moving in the right direction, it also shows how much work remains to be done. The unemployment rate is painfully high, and payroll employment is still nearly 8 million below its level at the start of the recession. It will take many months of robust job growth to restore the labor market to genuine health. Further targeted actions to spur private sector job creation are critically needed to ensure a more rapid, widespread recovery.

The monthly employment and unemployment numbers are volatile and subject to substantial revision. Therefore, it is important not to read too much into any one monthly report, positive or negative. It is essential that we continue our efforts to move in the right direction and generate sustained, strong job gains. 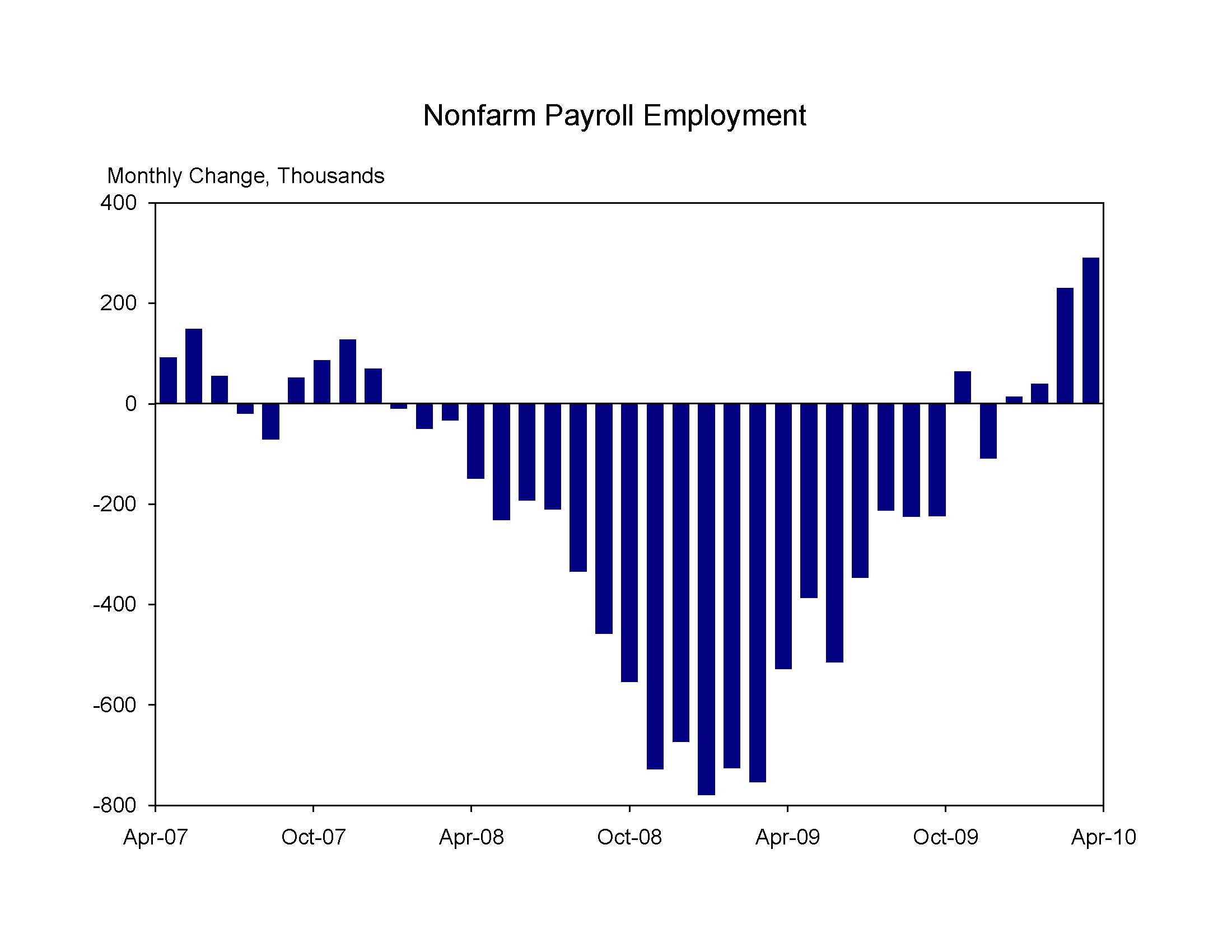 Christina Romer is the Chair of the Council of Economic Advisers
♦ This number is adjusted to remove the impact of revised population controls that the Bureau of Labor Statistics introduced in January 2010. Without this adjustment the labor force increased by 1.7 million.