Today marks an important milestone in our work to create a healthier and safer America.  The newly released 2010 National Drug Control Strategy serves as a blueprint for action to address drug use and its consequences.  Emphasizing collaboration and innovative strategies, it outlines five-year goals for reducing drug use and its consequences through a balanced policy of prevention, treatment, enforcement, and international cooperation.

The new Strategy, the inaugural drug control plan for the Obama Administration, was created with input from a nation-wide listening tour and will be implemented through a coordinated National, State and local effort.   This collaborative approach will maximize Federal resources and enhance information sharing. And there is no time to waste in addressing this ongoing concern.

Drug use affects millions of American families, strains our economy and healthcare system, and harms the well-being of young people and our returning veterans.  The recent violence in Mexico serves as a tragic reminder of the threat that drug trafficking presents and the need for every nation to take steps to protect its people from violence, corruption and instability caused by illegal drug trafficking.  Successfully addressing these issues will mean continuing the Administration’s unwavering support for law enforcement and the criminal justice system, disrupting domestic drug traffic and production, and working with partners to reduce the global drug trade while also reducing our Nation’s demand for drugs.

Informed by consultations with State and local officials, community-based organizations, practitioners, and researchers, the Strategy outlines a balanced approach that emphasizes community-based prevention, integration of evidence-based treatment into the mainstream health care system, implementation of the Southwest Border Strategy and other international partnerships to disrupt transnational drug trafficking organizations, as well as innovations in the criminal justice system that help people get the treatment they need and reduce rates of recidivism.

Specifically, the Strategy outlines five-year goals to reduce drug use and its consequences:

These are ambitious goals and there are many challenges ahead, but there are also many good reasons to be optimistic.  We have a variety of tools to confront substance abuse and its consequences and, thanks to the efforts of countless organizations and dedicated citizens, millions of Americans have already overcome addiction and drug abuse and are now in recovery.  Together, we can work to reduce drug use and its consequences to create a safer, healthier Nation. 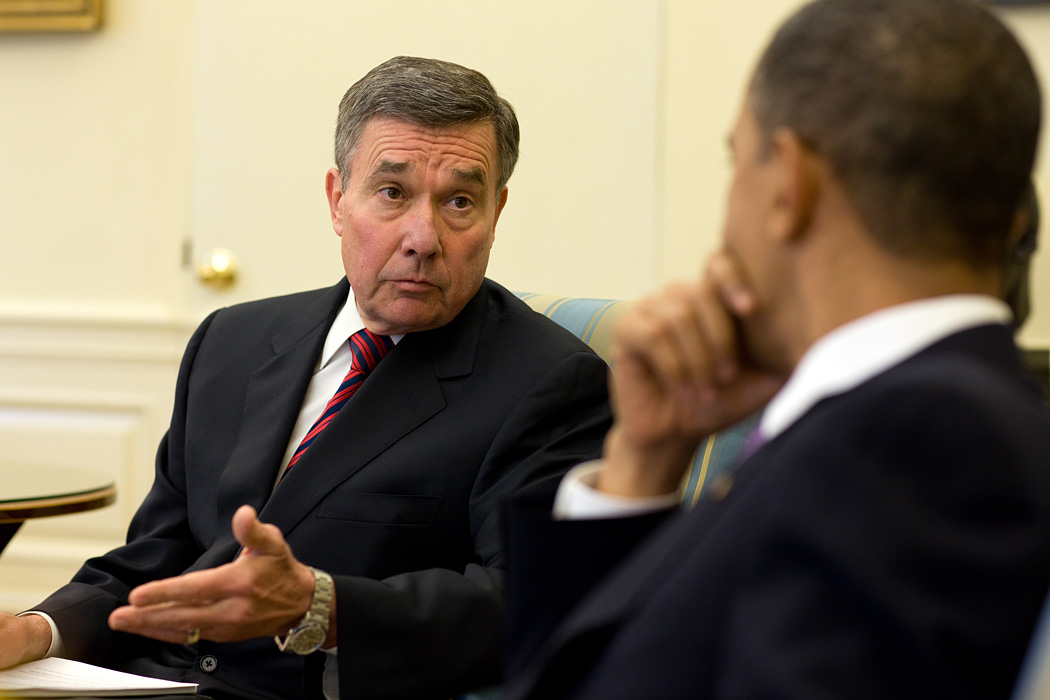 President Barack Obama meets with Director of National Drug Control Policy Gil Kerlikowske in the Oval Office, May 10, 2010. May 10, 2010. (by Pete Souza)