After describing what it’s like to be President Obama’s science and technology advisor, Dr. Holdren took several tough questions from the student audience. Students wanted to know about OSTP’s contribution to a wide range of challenges facing the Nation, including climate change, the oil spill in the Gulf of Mexico, and the energy challenge. Students were also very interested in learning how they could get involved in the science and technology domains after high school. 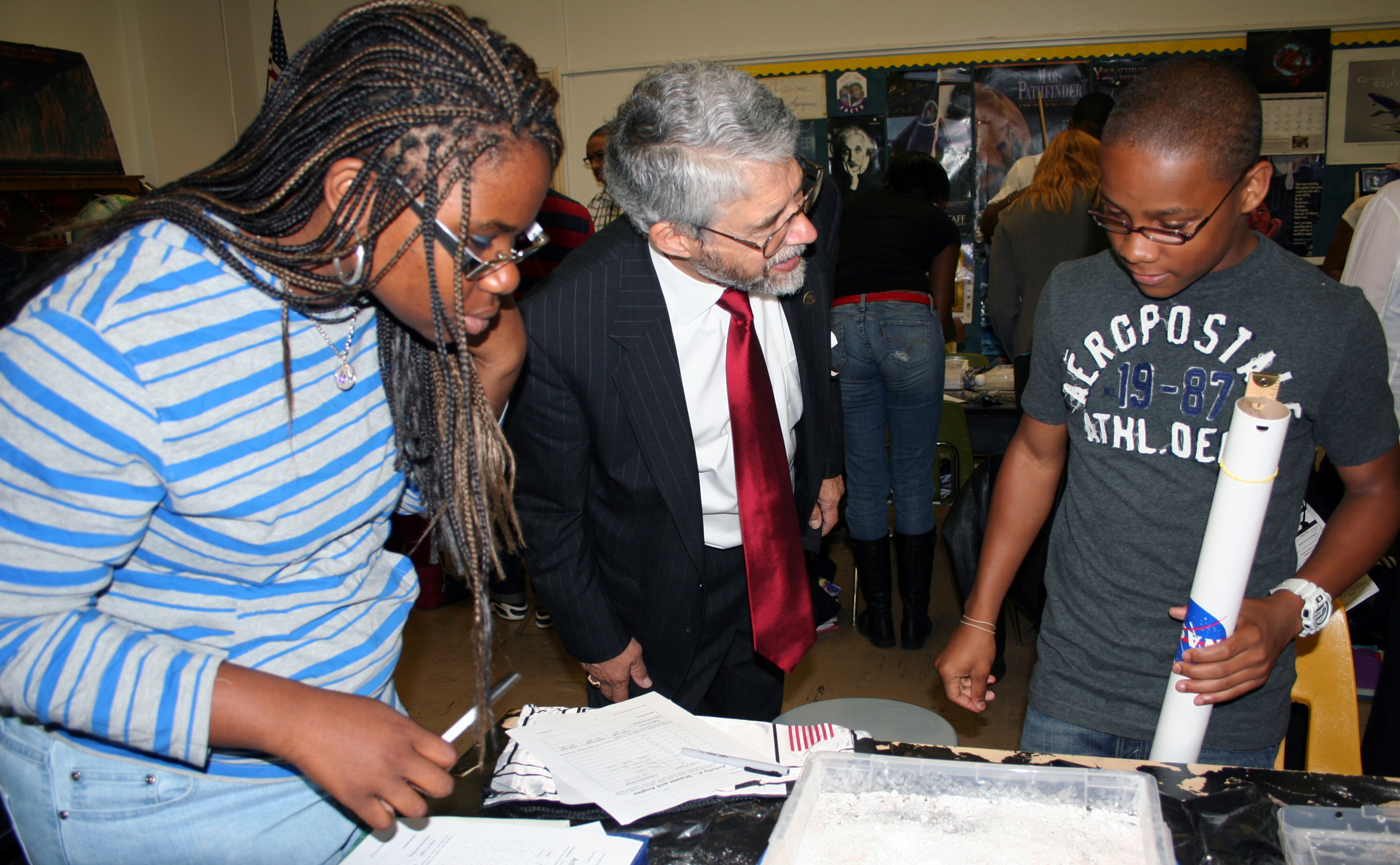 Following the Q&A, Dr. Holdren joined the students in literally getting their hands dirty in an educational activity set up by NASA. Students created a simulated asteroid surface using a mixture of soil, flour, and other ingredients. Then, using golf balls and a protractor, they observed how changes in the angle of a projectile’s impact affected the area and volume of the resulting craters.

As teams of students got into the fun of crater-making and measurement, Dr. Holdren moved from group to group, discussing their results and observations. He also got the students thinking beyond the experiment’s bounds:

"Now that you’ve performed the experiment and seen what happens to the impact crater when you change its angle of impact, think about what would happen if you changed the projectile’s speed—if you dropped it from a higher altitude—or how would a different surface material affect the crater made by a projectile?"

National Lab Day is more than just a day. It is a multi-year initiative that is a nationwide effort to promote hands-on learning through collaborations between K-12 classes and working professionals. The NLD website matches these students for collaboration with scientists, engineers, IT professionals, architects, and other experts working in those fields. Launched in beta this past January, National Lab Day is already working with more than 1,000 schools in all 50 states to promote learning through exploration. 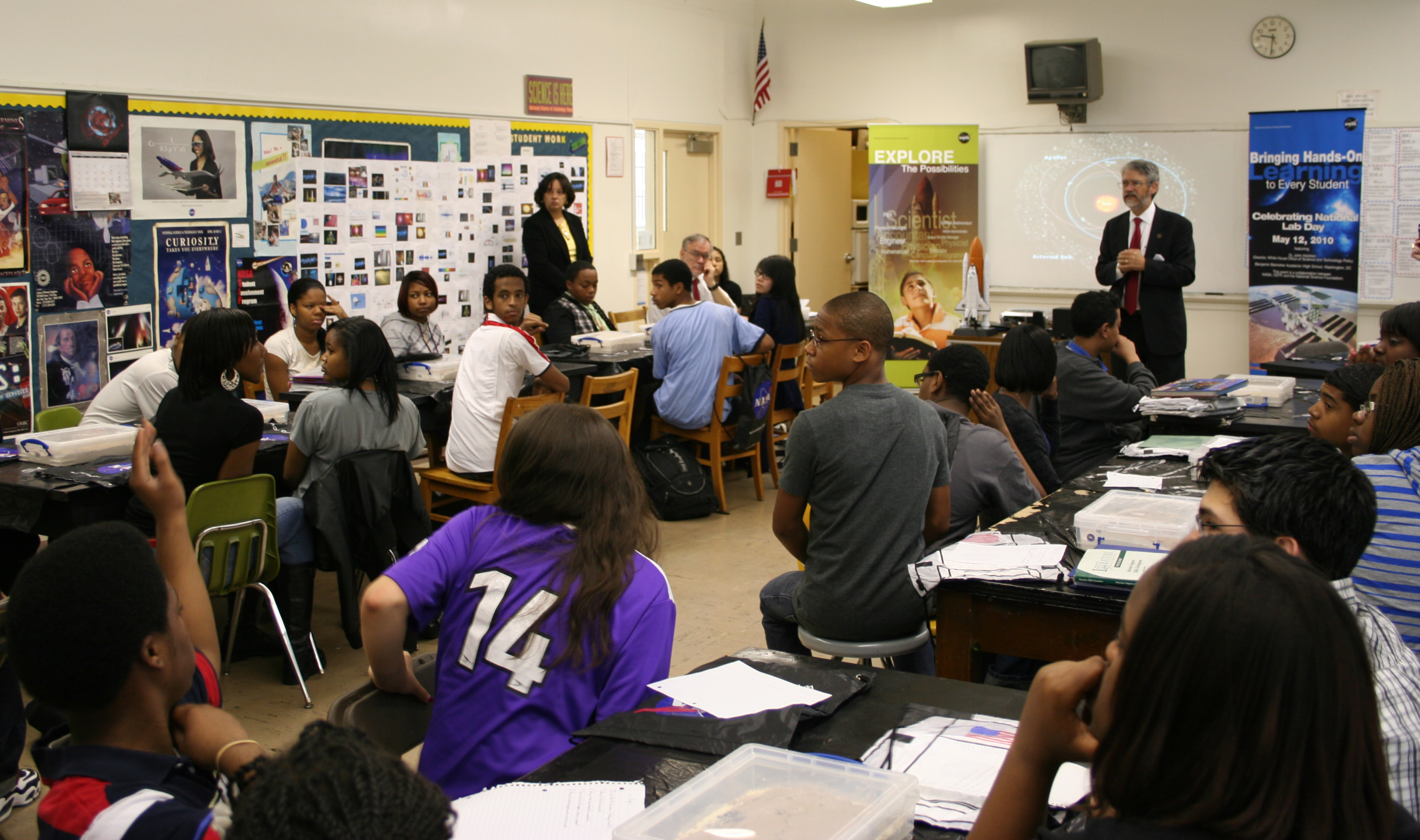 The grassroots effort demonstrated by Dr. Holdren’s visit today responds to President Obama’s call to action less than six months ago for federal scientists to get involved in educational opportunities such as the National Lab Day project. The Department of Energy, National Institutes of Health, NASA, and the National Science Foundation, among others, have all responded to the President's call with direct outreach to their scientific communities and employees.

We are encouraged by the abundant response this initiative has generated, and hope that you will visit NationalLabDay.org and get registered to become a part of this great cause! 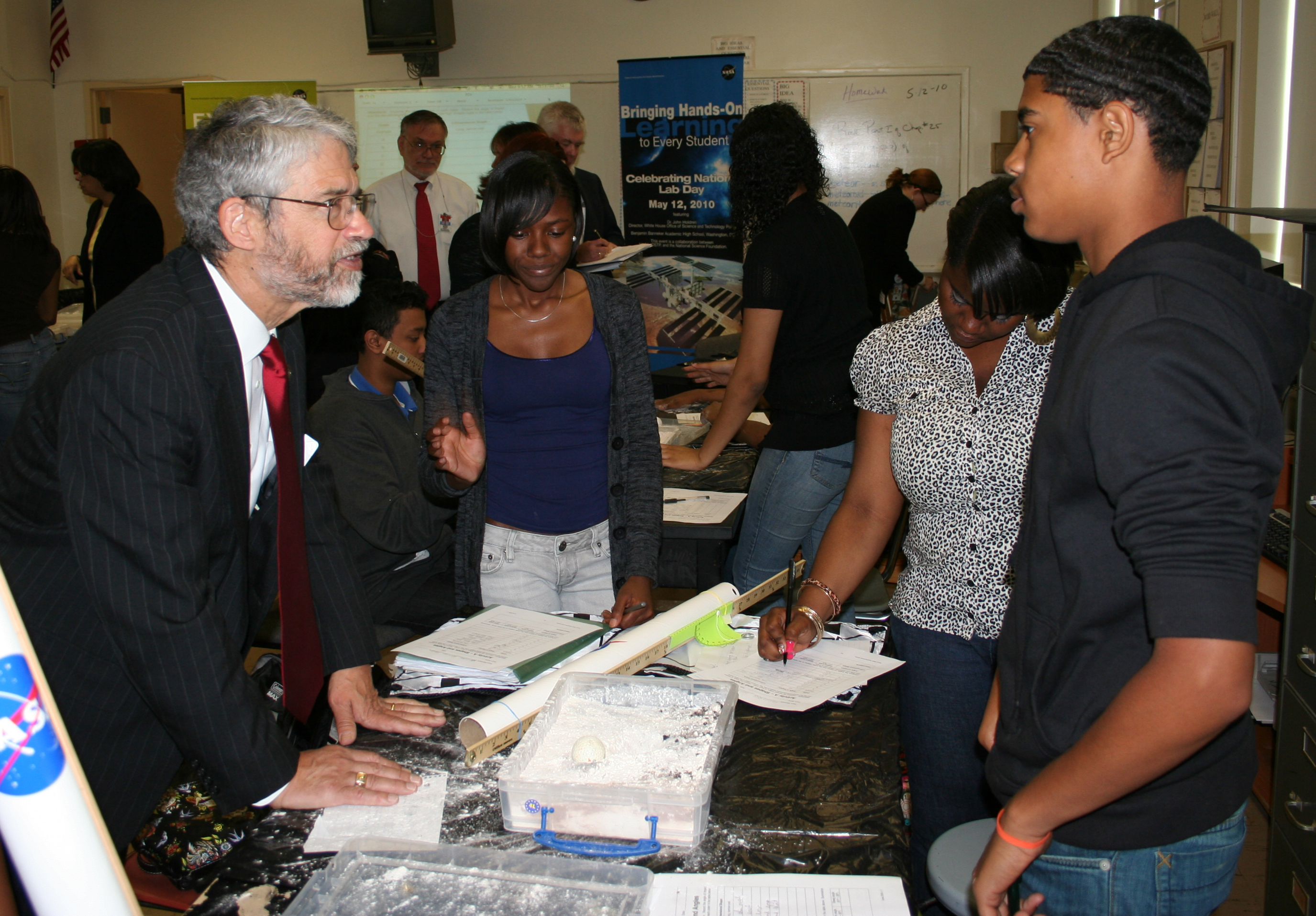