May 13, 2010 at 4:04 PM ET by Liz Oxhorn
Twitter Facebook Email
Summary:
The story of the Recovery Act, one town coming back, and our energy future.

For months now, a team at an Indiana plant has been hard at work preparing to manufacture electric delivery trucks that are entirely powered by plug-in power.  They’ve been installing equipment, retrofitting an old manufacturing facility, assembling parts, testing the new technology – and today they became the very first Recovery Act recipient to deliver an electric vehicle with the advanced battery and electric drive grants the President announced last year as they unveiled their new truck today and handed the keys off to the customer.

Perhaps the President was on to something last year when he chose Navistar’s Wakarusa plant as the location to announce these awards – because that Indiana team marking this important milestone today is none other than the fine folks at Navistar.  You may remember some of them from this video of the President’s visit there last year.  Their community was hard-hit when a local employer, RV manufacturer Monaco Coach, went bankrupt during the economic downturn.  Like communities across the country, they’re still making their way to back to economic recovery – but they’re starting to see a brighter future thanks to the Recovery Act.  The electric truck being unveiled today?  It was manufactured at one of Monaco’s old facilities - which is today Navistar’s new electric vehicle facility.  And it was made with the help of some former Monaco employees – who, thanks to the Recovery Act, are now on the job at Navistar.

The folks at Navistar took a few minutes in the middle of their busy launch day to take a phone call from a special guest. Vice President Joe Biden calls the Navistar Electric Truck Team to congratulate them on shipping their first vehicle as a result of Recovery Act funding, from his home office in Wilmington, Delaware, May 13, 2010. (Official White House Photo by David Lienemann)

Vice President Biden congratulated the team not only reaching this important milestone, but on playing a leading role in putting Recovery Act dollars to work manufacturing smarter, cost-efficient vehicles and helping build an industry that will create good middle-class jobs for years to come.  This is just the beginning for Navistar’s electric vehicle program – they plan to eventually develop and deploy 400 of these trucks and put sixty people to work in the process thanks to the Recovery Act investment.

And this wasn’t just an accomplishment for Navistar, but for the entire advanced battery and electric vehicle industry.  In fact, the battery that is powering the new electric delivery truck unveiled today was built in Michigan by Michigan workers at A123 Systems – also thanks to a Recovery Act award announced last year.

It’s easy to get a look at this electric delivery truck and the other advanced technology the Recovery Act awardees are producing and think this is just about the future.  But Navistar and companies like it are bringing the future to market today.  In fact, this truck isn’t a model or test vehicle – it’s going to be immediately put on the road by the customer making deliveries in a smarter, more cost-efficient way.  A plug-in powered vehicle that can carry in excess of 2 tons a distance of up to 100 miles per charge – that’s not the future, that’s today. 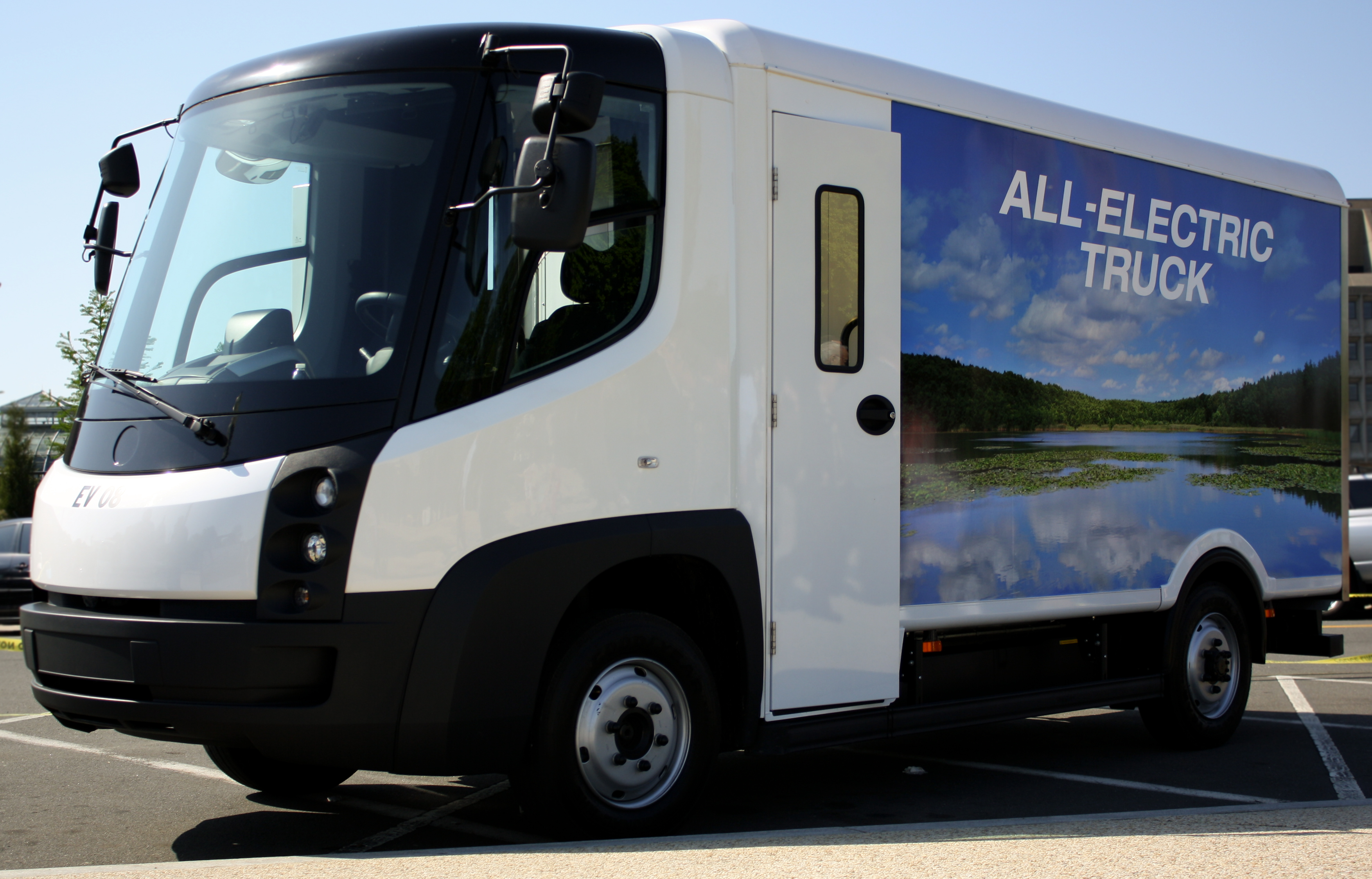 And because of the advances the more than 40 recipients of the Recovery Act’s $2.4 billion investment in electric vehicles are making today, we’re going to go from two advanced vehicle battery factories last year to 30 by 2012.  We’ll go from two percent of the world’s advanced vehicle battery market share to 20 percent by 2012.  And we’re not just making the parts here at home, we’re also helping plant the power stations to fuel electric cars all over the country.  So while Navistar’s customer will hit the road with a brand new electric vehicle soon – it may not be long before you do too.