Riding the Rails in Japan, China

Are Japanese bullet trains coming to the US? This is a question I've seen being asked more than once in the media this week.

Now, to be fair, I may have started this buzz by riding a couple of Japan's lightning fast trains while visiting that country earlier in the week. And I have to say, those trains are fast. Very fast.

My short answer to the question? No, Japanese and Chinese trains are not coming to the US.

BUT, Japanese and Chinese high-speed rail technology and expertise may be on its way. And, when an American high-speed rail system is up and running--thanks to President Obama's initial $8 billion down-payment and future rail grants authorized by Congress--those familiar with Japan's Shinkansen or Spain's AVE or Germany's ICE or Russia's Sapsan may find similar designs and components. 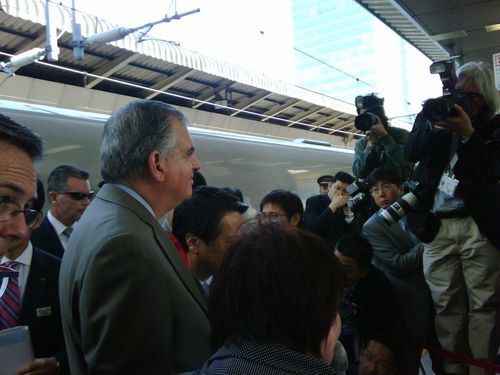 I think that makes sense. After all, rail companies in Asia and Europe have high-speed experience that American rail companies just haven't had yet. Do I look forward to the day when American companies have that experience? You bet.

In the meantime, if we do end up benefiting from foreign expertise, whether it's Japanese or Chinese or Canadian or European, another thing you can bet on is those trains and their components will be made by skilled American workers.

How do I know this? Because last December we received assurances from over 30 companies in the rail business that high-speed rail will contribute to US rail manufacturing should they be awarded contracts. 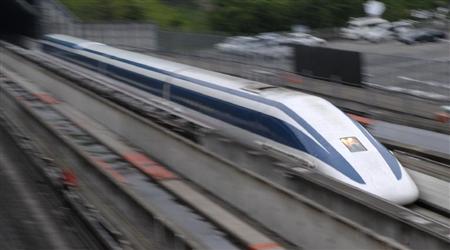 Sure, those of us who saw the Japanese trains are impressed with the railroad system in Japan. And we do look forward to opportunities to partner in America with experienced rail companies from abroad. But we're only interested in partnerships that use American workers in American facilities.

I have now ridden several of the world's fastest trains, and I have seen how effectively they deliver passengers from city to city. And I am looking forward to the day when we secure those partnerships and create those jobs and revitalize an American rail manufacturing industry. And build those trains.