A Big Win Over the Lobbyists on Wall Street Reform

May 20, 2010 at 6:47 PM ET by Jesse Lee
Twitter Facebook Email
Summary:
The President applauds the Senate for overcoming the largest hurdles on the way to strong reforms for Wall Street.
[[nid:12384]]

This afternoon the Senate marked a moment that many would have thought was unlikely – clearing a key hurdle towards passing strong reform of the ways of Wall Street.  As debate in the Senate was about to begin, Wall Street lobbyists pushed as hard as they ever have on anything to keep reform from moving forward, and found many Republicans willing to pick up the cause.  And given how much success those lobbyists have had over the past decades, one might have expected them to succeed.  But not only did debate move forward, but day after day during the debate, weakening amendments were defeated -- in fact, the bill was even strengthened in many ways.  Today the Senate reached the 60-vote threshold needed to close debate and set up passage out of the Senate.  Soon after the Senate will come together with the House, which passed their bill months ago, to iron out final legislation to pass and send to the President.

Speaking in the Rose Garden, the President took a moment to take stock:

Now, we’ve still got some work to do.  Soon we’re going to have a final vote in the Senate, and then the House and the Senate will have to iron out the differences between the two bills.  And there’s no doubt that during that time, the financial industry and their lobbyists will keep on fighting.  But I will ensure that we arrive at a final product that is both effective and responsible -– one that holds Wall Street to high standards of accountability and secures financial stability, while preserving the strength and crucial functions of a financial industry that is central to our prosperity and our ability to innovate and compete in a global economy.

Our goal is not to punish the banks, but to protect the larger economy and the American people from the kind of upheavals that we’ve seen in the past few years.  And today’s action was a major step forward in achieving that goal.

Because of Wall Street reform, we’ll soon have in place the strongest consumer protections in history.  If you’ve ever applied for a credit card, a student loan, or a mortgage, you know the feeling of signing your name to pages of barely understandable fine print.  It’s a big step for most families, but one that’s often filled with unnecessary confusion and apprehension.  As a result, many Americans are simply duped into hidden fees and loans they just can’t afford by companies that know exactly what they’re doing.

Those days will soon end.  From now on, every consumer will be empowered with the clear and concise information that you need to make financial decisions that are best for you.  This bill will crack down on predatory practices and unscrupulous mortgage lenders.  It will enforce the new credit card law we passed banning unfair rate hikes, and ensure that folks aren’t unwittingly caught by overdraft fees when they sign up for a checking account.  It will give students who take out college loans information and make sure lenders don’t cheat the system.  And it will ensure that every American receives a free credit score if they are denied a loan or insurance because of that score.

Because of financial reform, the American people will never again be asked to foot the bill for Wall Street’s mistakes.  There will be no more taxpayer-funded bailouts -- period.  If a large financial institution should ever fail, we will have the tools to wind it down without endangering the broader economy.  And there will be new rules to prevent financial institutions from becoming “too big to fail” in the first place, so that we don’t have another AIG.

Because of reform, the kinds of complex, backroom deals that helped trigger the financial crisis will finally be brought to the light of day.  And from now on, shareholders will have greater say on the pay of CEOs and other executives, so that they can reward success instead of failure, and help change the perverse incentives that encouraged so much reckless risk-taking in the first place.

So, in short, Wall Street reform will bring greater security to folks on Main Street -- to families who are looking to buy their first car or their first home; to taxpayers who shouldn’t have to pay for somebody else’s irresponsibility; to small businesses and community banks who play by the rules; and to shareholders and investors who want to see their companies grow and thrive.

But let me stress that this is not a zero-sum game where Wall Street loses and Main Street wins.  As we’ve learned, in today’s economy, we’re all connected.  When the economy prospers, we all win.  When the financial sector operates under sound rules of the road to ensure fairness and stability, we all win.  Every American has an interest in a healthy financial sector.  But for that reason, it’s also imperative that those in Wall Street boardrooms and on trading floors be held accountable for the decisions that they make.  For behind every dollar traded or leveraged on Wall Street, there is a family looking to buy a house, pay for an education, open a business, or save for retirement.

And the reform I sign will not stifle the power of the free market -- it will simply bring predictable, responsible, sensible rules into the marketplace.  Unless your business model is based on bilking your customers and skirting the law, you should have nothing to fear from this legislation. 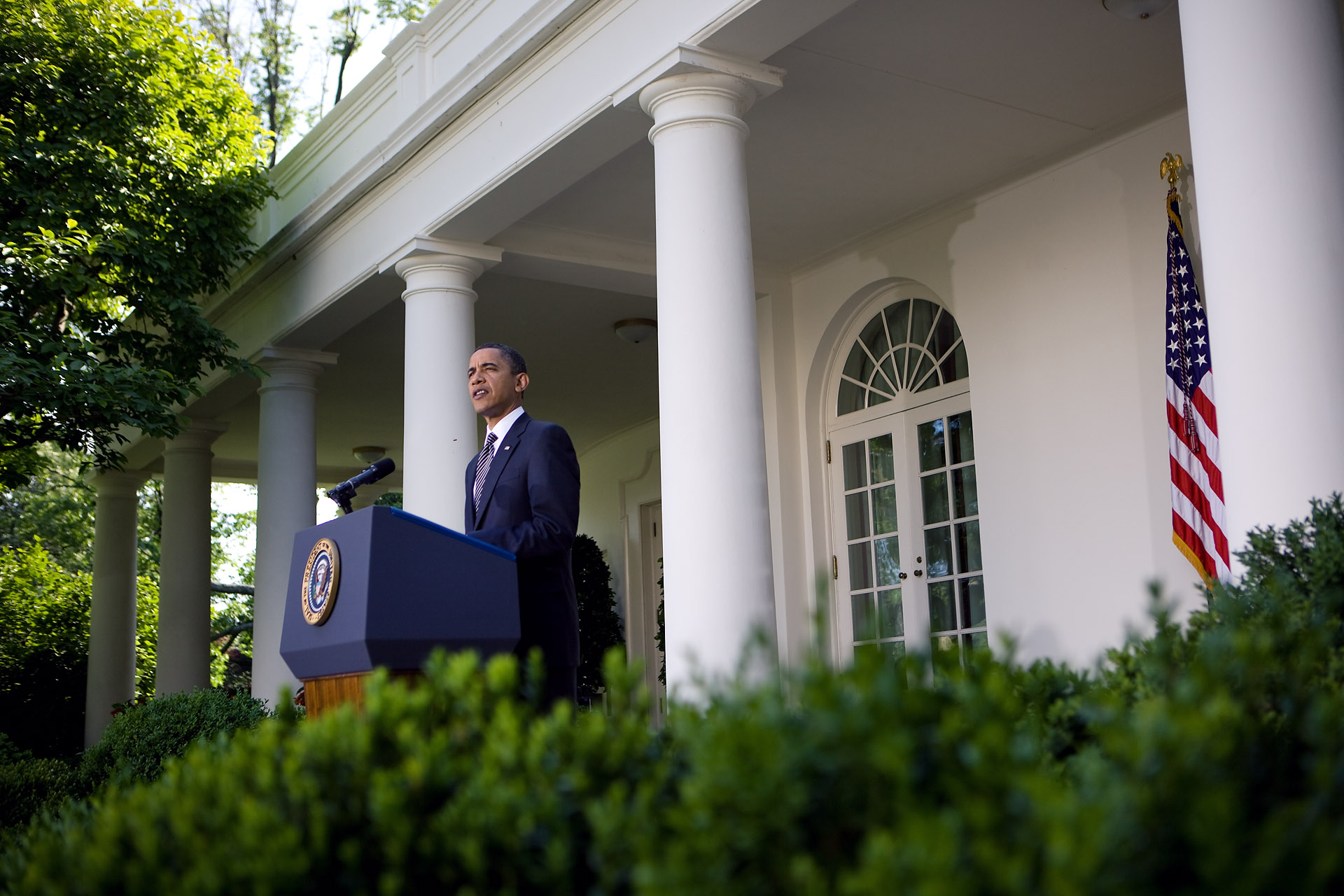