A Helping Hand for Small Business

May 25, 2010 at 3:35 PM ET by Jesse Lee
Twitter Facebook Email
Summary:
The President hosts award-winning small business owners from around the country in the Rose Garden, honoring them not just by recognizing their individual achievements, but by citing their example to push Congress to pass the Small Business Jobs Package.

There's no question that the economy has seen a dramatic turnaround since the President came into office -- but the President knows full well that it is not enough.  That's why he continues to look for every opportunity for government to help spur hiring and get the economy growing at an even fast pace than it has been.  And from the beginning of his term, promoting small business has been a central focus of the President's efforts.

Earlier this month, the President sent legislation on the Small Business Lending Fund to Congress along with a new state small business credit initiative that will help expand lending for small businesses and manufacturers at a time when budget shortfalls are forcing states to cut back on lending programs. 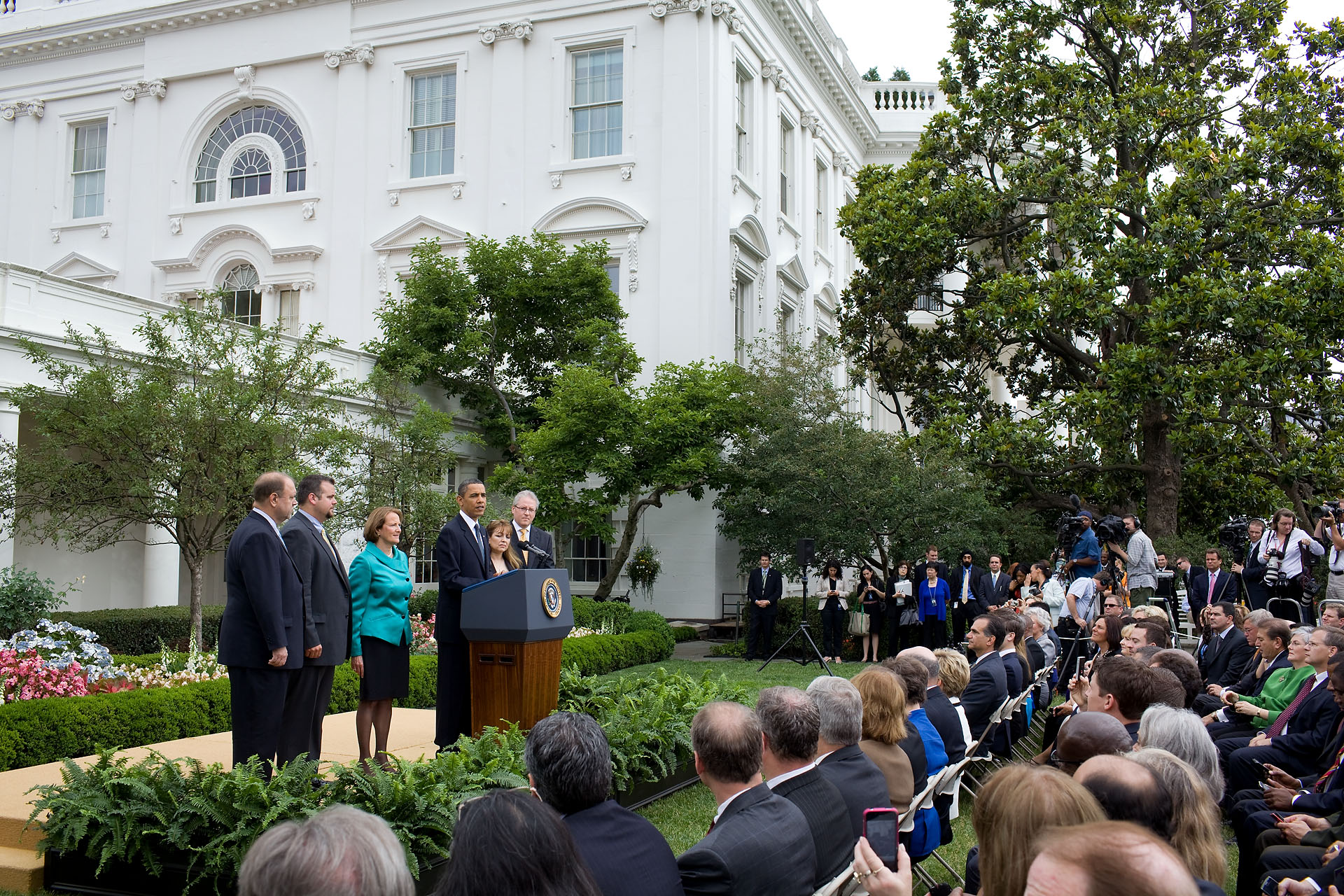 So when the President hosted award-winning small business owners from around the country this morning in the Rose Garden, he honored them not just by recognizing their individual acheivements, but by citing their example to push Congress to pass the Small Business Jobs Package:

Frank and Donna Masley are here.  They are Delaware’s Small Business Owners of the Year.  Where are they?  There they are, right there.  Congratulations.

Ten years ago, they launched a glove-making business to provide flexibility and protection for our men and women in uniform.  When they won a contract to supply gloves for soldiers in Iraq and Afghanistan in 2009, they received a Recovery Act loan through the SBA and saved thousands on fees.  It was that loan that allowed Frank and Donna to rehire some employees who had been laid off during this recession, and today their business is growing and thriving once more.

So many people who are here today have stories just like this.  Their success isn’t the result of a heavy-handed government.  It’s the result of a government that lent a helping hand -- that complements the sheer grit and determination of America’s small business owners.  And I believe we need to do even more to give these men and women a boost.

The first initiative is the $30 billion Small Business Lending Fund I called for in my State of the Union address.  This fund would target only small community and neighborhood banks, and it would help these institutions increase lending to small businesses.  The second initiative is a new state small business credit program that we recently proposed, working with governors like Governor Doyle and Governor Granholm.  It’s an initiative that will help expand private lending for small businesses and manufacturers at a time when budget shortfalls are leading states to cut back on vitally important lending programs.

Now, I’m very pleased that elements of this small business jobs package have already passed the House Financial Services Committee last week, and I know that the Senate is working on the issue as well.  I urge both chambers to act on these proposals as soon as possible.

This shouldn’t be a partisan issue.  This is not a Republican issue or a Democratic issue.  This should not be an issue about big government versus small government.  This is an issue that involves putting government on the side of small business owners who create most of the jobs in this country.  It’s about giving them tax credits and loans and tax cuts so they can keep growing and keep hiring.  It’s about unleashing the great power of our economy and the ingenuity of our people.