May 26, 2010 at 12:08 PM ET by Matt Rogers
Twitter Facebook Email
Summary:
Matt Rogers of the Department of Energy discusses the innovative solar panel manufacturer that the President is visiting, and the ripple effects it will have throughout the country -- all with help form the Recovery Act.

Ed. Note: Read the President's remarks in California as well as the Vice President's statement on the new CBO analysis showing the Recovery Act being responsible for up to 2.8 million jobs.

President Obama is in Fremont, California today to visit Solyndra, Inc, an innovative solar panel manufacturer that is building a new facility with funding made possible by the Recovery Act.  Here's a look at what they're doing:

The direct benefits of this investment are easy to see.  The plant expansion now underway has already enabled the creation of over 3,000 construction-related jobs and Solyndra estimates that the new factory could create as many as 1,000 long-term jobs in operations and supply.  Likewise, a formerly empty field will soon be home to a state-of-the-art manufacturing plant that produces clean energy products that can be exported to the world.

What the television cameras won’t capture are the indirect benefits of supporting Solyndra.  The impact of Solyndra’s success is being felt throughout the chain of companies that supply Solyndra with goods and materials.

The project is creating jobs around the country.  Construction materials for the facility itself are being manufactured by workers in Arkansas, Washington, Pennsylvania, Wisconsin and 18 other states.  The advanced manufacturing equipment is being made by workers in Michigan, Tennessee, Colorado, and 8 other states.  The raw materials to run the facility will come from 15 states including Wisconsin, Ohio, and Kentucky.  When the first solar panels are shipped in late 2010, they will be delivered by freight companies and installed by even more new workers.

The map below from Solyndra shows where they have ordered the materials to construct the new facility.  Many of the companies in these states have added workers of their own to handle the new orders. 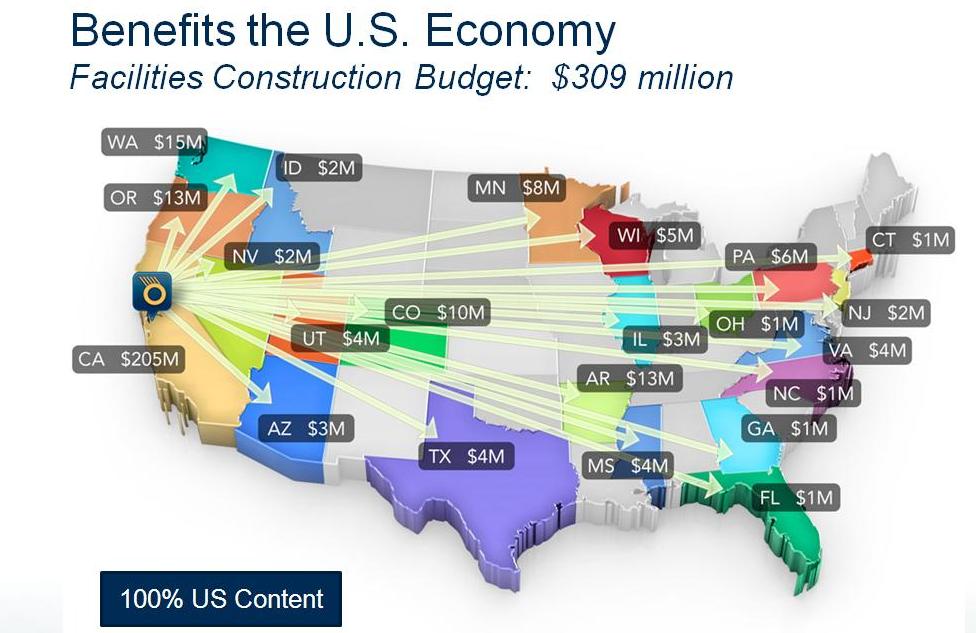 This map from Solyndra shows the states supplying advanced manufacturing equipment to the company. 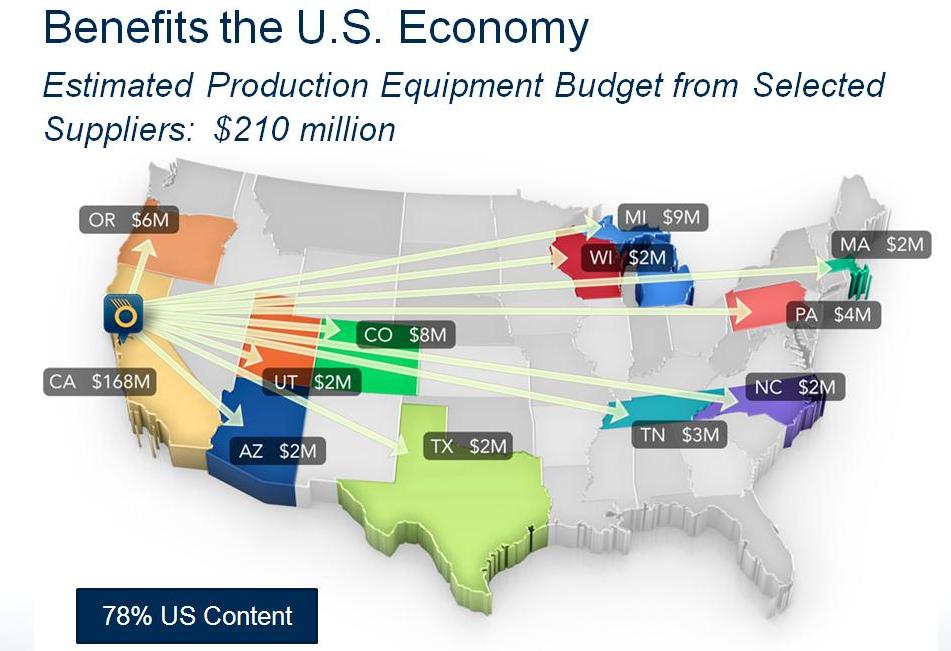 The Recovery Act’s investment in clean energy is having a ripple effect throughout our economy.  A recent survey by Frost and Sullivan of 676 clean energy companies found that while only 3 percent of those companies directly received Recovery Act funds more than 50 percent recognized a positive impact from that legislation.

We still have a long way to go to get America’s economy back on track and to make the United States the world leader in clean energy technologies, but companies like Solyndra and Recovery Act investments like this one are helping drive progress across the country.