In her remarks at Wayne State University, Mrs. Obama discussed the potential of the city's youth:

And it will be written by each and every one of you, because your future, your city’s future, this country’s future will look exactly like what each of you wants it to look like. And that’s what I believe. And that’s why I am here. Young people, I am asking you to embrace that responsibility to be our future. 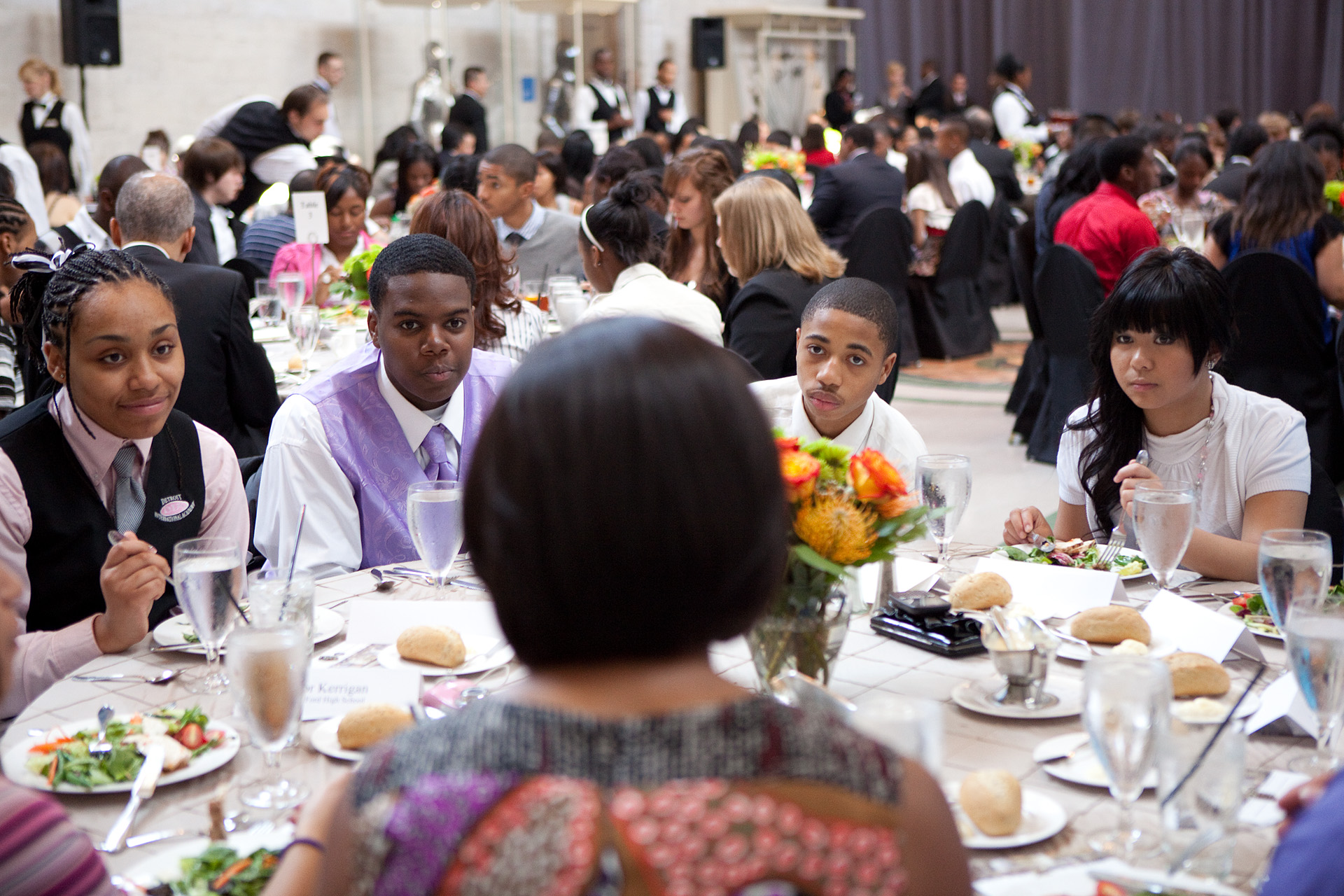 Students listen to First Lady Michelle Obama during a mentoring luncheon at the Detroit Institute of Art in Detroit, Mich. May 26, 2010. (Official White House Photo by Samantha Appleton)

Later that day, at a mentoring luncheon, the First Lady emphasized the importance of hardwork and support:

What we all know in our lives and through our experiences is that there’s no magic dust that is sprinkled on us that gives us success. There’s no magic to this. There are no shortcuts, there are no quick fixes. None of us was born with the knowledge that we have today, the skills or the talents that we have today. Some, maybe. You’ve got your special people that were just born crazy talented or crazy smart, but it wasn’t me, or the President, for that matter. All these folks here developed those things through hard work.

Governor Granholm wasn’t born knowing how to run a state; probably never thought she’d be doing it. Magic Johnson didn’t know how to always -- did you always know how to dribble? (Laughter.) Maybe you did. Maybe you were one of the ones. But you didn’t always know how to run your own business, right? So, Susan Taylor’s magazine didn’t just publish itself -- Essence, one of my favorites. These achievements took effort and struggle, late nights and long hours. And all these folks practiced and practiced, and then practiced a little more, to get those promotions, to win those elections, and to hit those notes just right.

When people doubted them, or told them they couldn’t do something, they worked a little harder. When they were scared or worried -- and let me tell you, we all have been worried that we just wouldn’t measure up -- they all found a way to keep going. When they fell short or failed -- and failure is a part of success, it’s a necessary part of success -- they didn’t let that defeat them. They let it teach them.

To have a more concrete impact on local students, the First Lady launched the White House leadership and mentoring initiative in the fall and visited Denver, Colorado in an effort to take the message nationwide. The idea isn’t just to create a once-in-a-lifetime opportunity for just a few, but to encourage more adults to step up, volunteer their time, and make mentoring a lifelong habit.