"And As a Nation, We Pause Today to Remember Them"

May 31, 2010 at 5:00 PM ET by Jesse Lee
Twitter Facebook Email
Summary:
In what he called "the greatest honor of my public life," the Vice President took part in a wreath-laying ceremony at the Tomb of the Unknowns and spoke at the Memorial Amphitheater at Arlington National Cemetery. 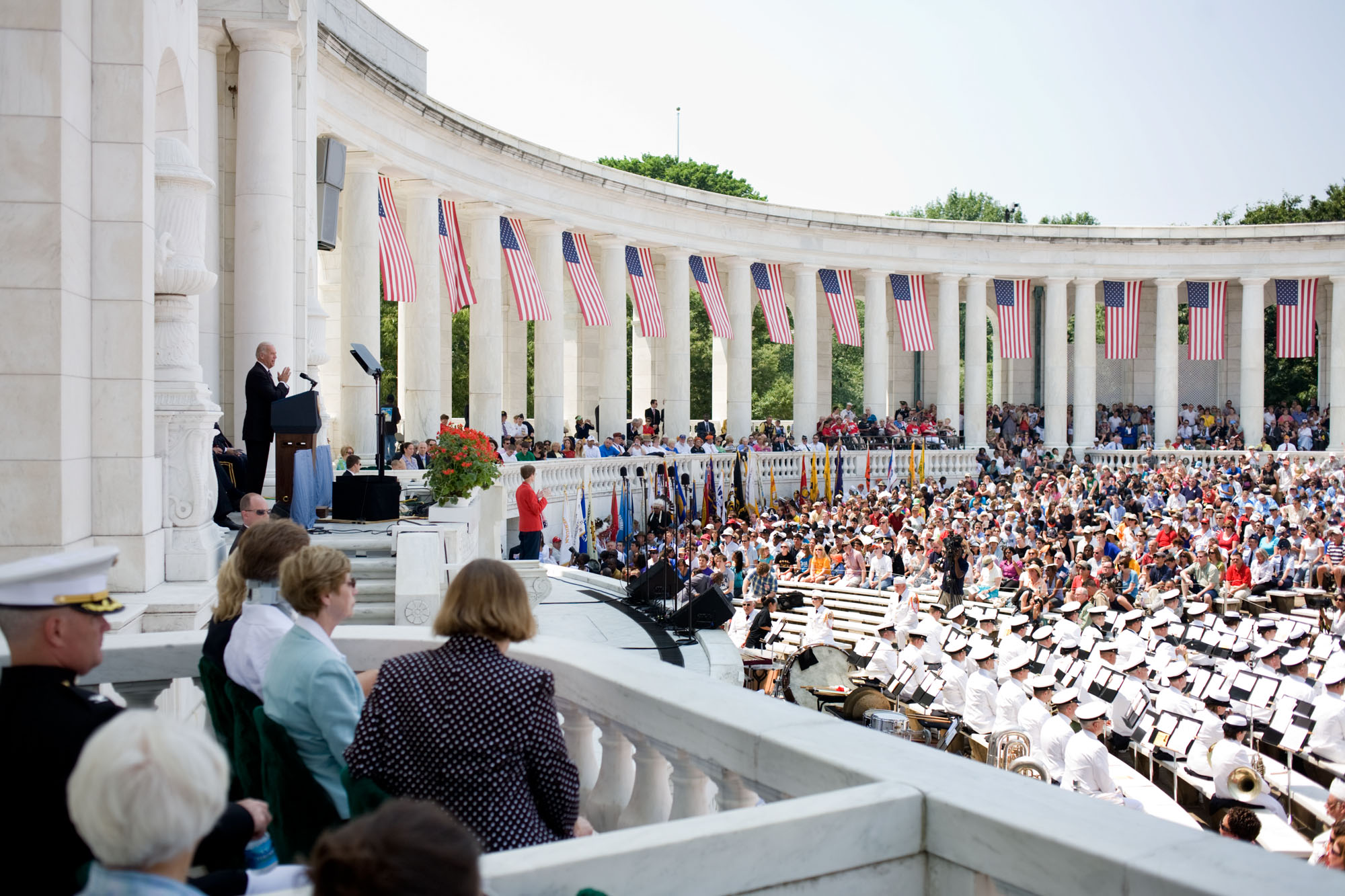 In what he called "the greatest honor of my public life," this morning the Vice President took part in a wreath-laying ceremony at the Tomb of the Unknowns and spoke at the Memorial Amphitheater at Arlington National Cemetery.  His opening remarks and photos below:

Collectively, the generation of soldiers, sailors, airmen, and marines who have served and sacrificed for us are the heart and soul, and I would say, spine of this nation.  And as a nation, we pause today to remember them.  They gave their lives fulfilling their oath to this nation and to us.  And in so doing, they imparted a responsibility on us to recognize, to respect, to honor and to care for those who risked their lives so that we can live ours.

Moments ago, I had the distinct honor and high privilege of laying a wreath at the Tomb of the Unknown Soldier.  This morning, I welcomed to the White House the Gold Star families, who know all too well the price of their loved ones’ patriotism.  I met Ruth Stonesifer, the current President of the Gold Star Mothers, who lost her son Kristofor on the first night of major operations in Afghanistan on October of 2001; and Emogene Cupp, the mother who played a pivotal role in the early stages of the Vietnam Veterans Memorial and unveiled the first panel; to Terry Davis, a remarkable champion of Gold Star families.  Terry, God love her, is a Gold Star sister, a Gold Star wife, and a Gold Star mother -- none should be asked to sacrifice that much.

And I met the parents, the brother, and the beautiful widow of John Hallet.  I had the privilege of meeting this family when I attended the memorial service at Fort Lewis in Washington State.  John served in a Stryker Brigade that was among the hardest hit in Afghanistan.  He left behind a wife, two young sons, and an infant daughter who he never got to meet -- but who I hope will grow up with the pride in her father filling part of the void that’s left by his loss.

Each of the Gold Star families embodies, in the words of John Milton, “Those also serve who only stand and wait.”  Many of you in this amphitheater here today have stood and waited, relieved -- as Jill and I were -- at the return of a loved one, in our case our son from a year in Iraq.  Many of you are now waiting, with family members still overseas, many in harm’s way.  And some of you have stood and waited for a loved one that did not return and live now with the knowledge that your will one day be reunited with him, with our heavenly Father.

To those who have lost a loved one in the service of our nation, I recall a famous headstone in Ireland.  And the headstone reads as follows, “Death leaves a heartache no one can heal.  Love leaves a memory no one can steal.”  No one can steal the memory from you.  I can tell you from my own personal experience that eventually the pain and heartache you now feel will eventually, God-willing, be replaced by the joyful memory of the son or daughter or husband and wife or father or mother that you loved so dearly and lost.  Jill and my prayer for you is that that day will come sooner rather than later.  But it will come, I promise you. 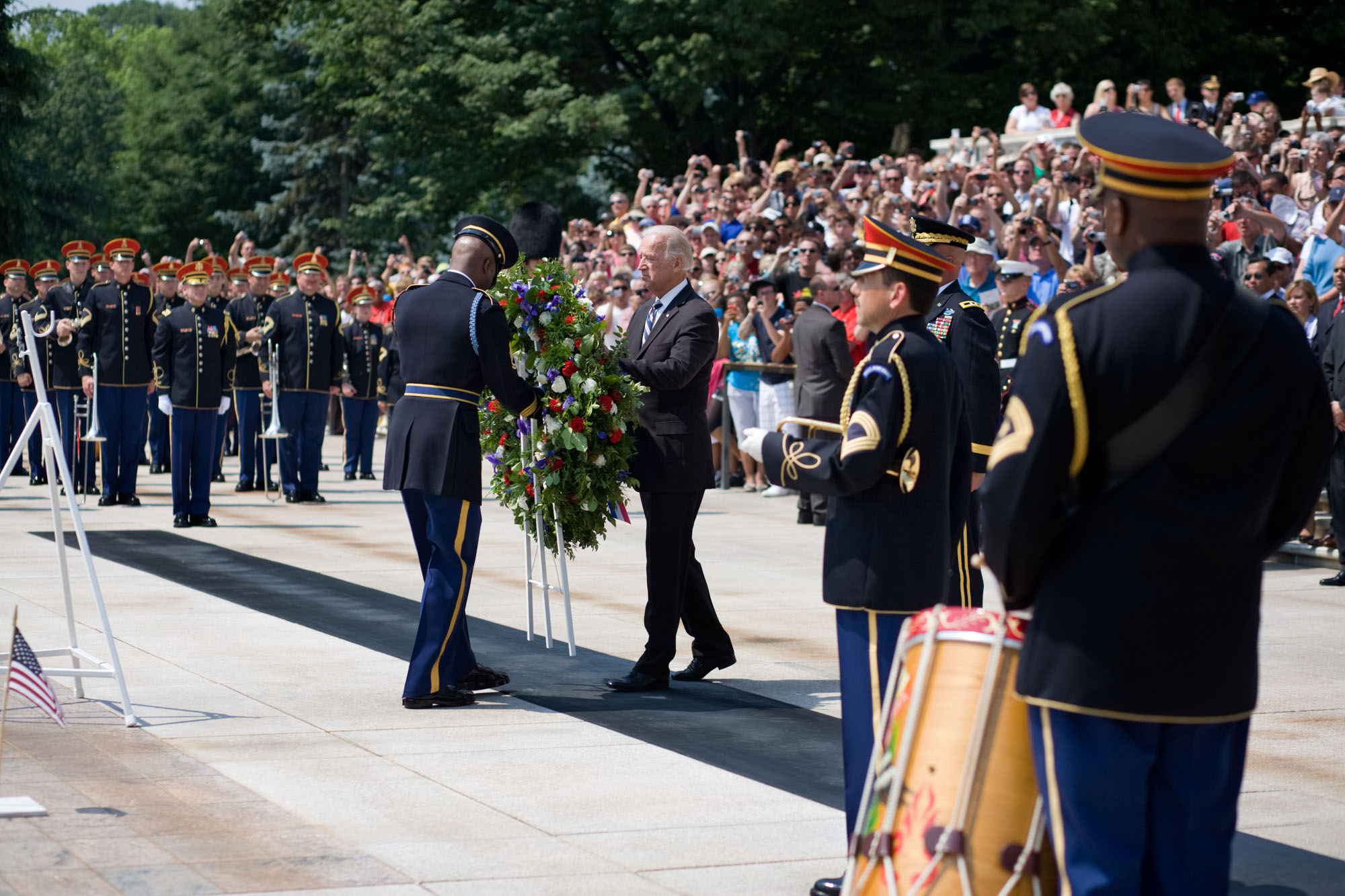 Vice President Joe Biden lays a wreath at the Tomb of the Unknowns at Arlington National Cemetery in Arlington, Virginia, May 31, 2010. (Official White House Photo by David Lienemann) 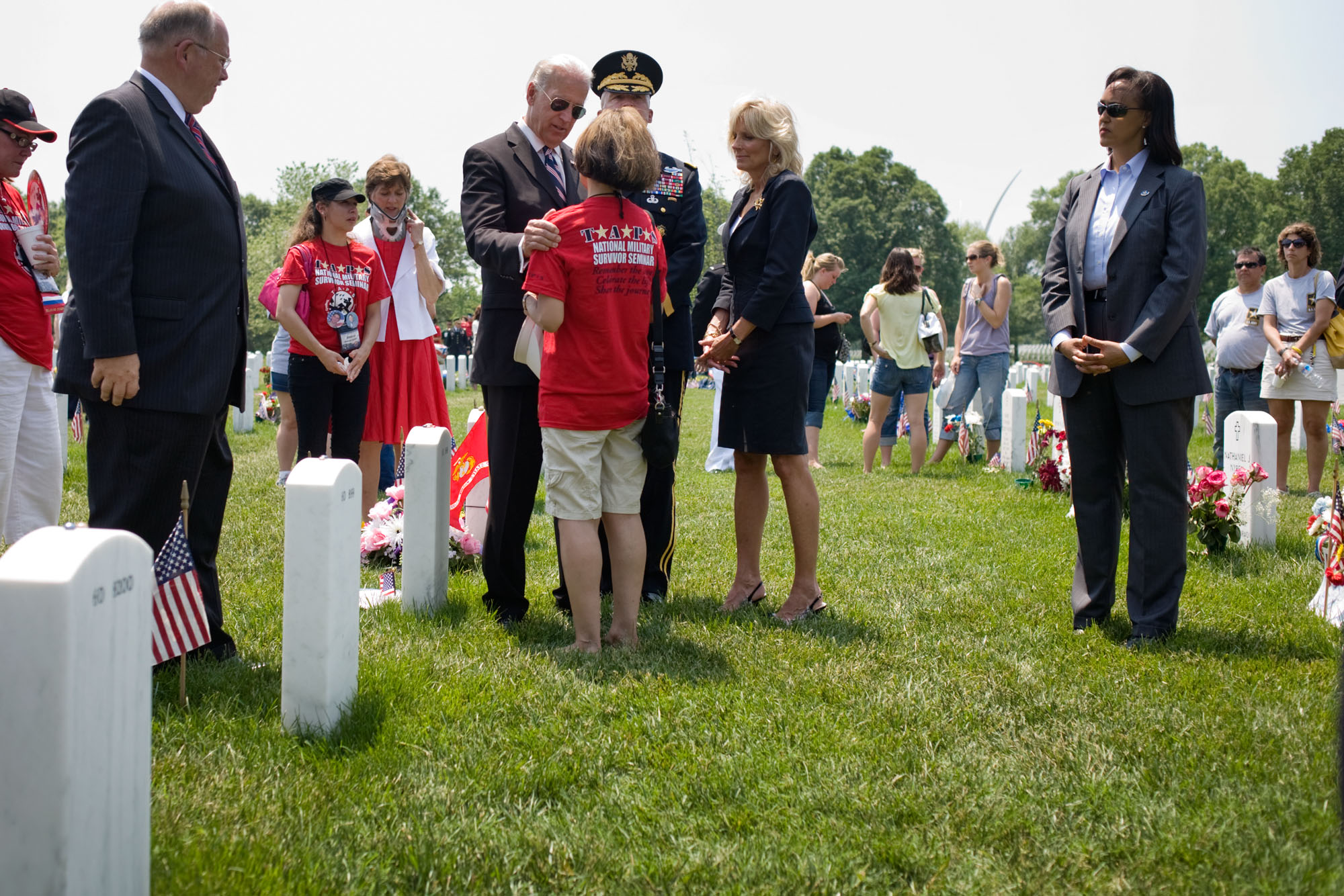 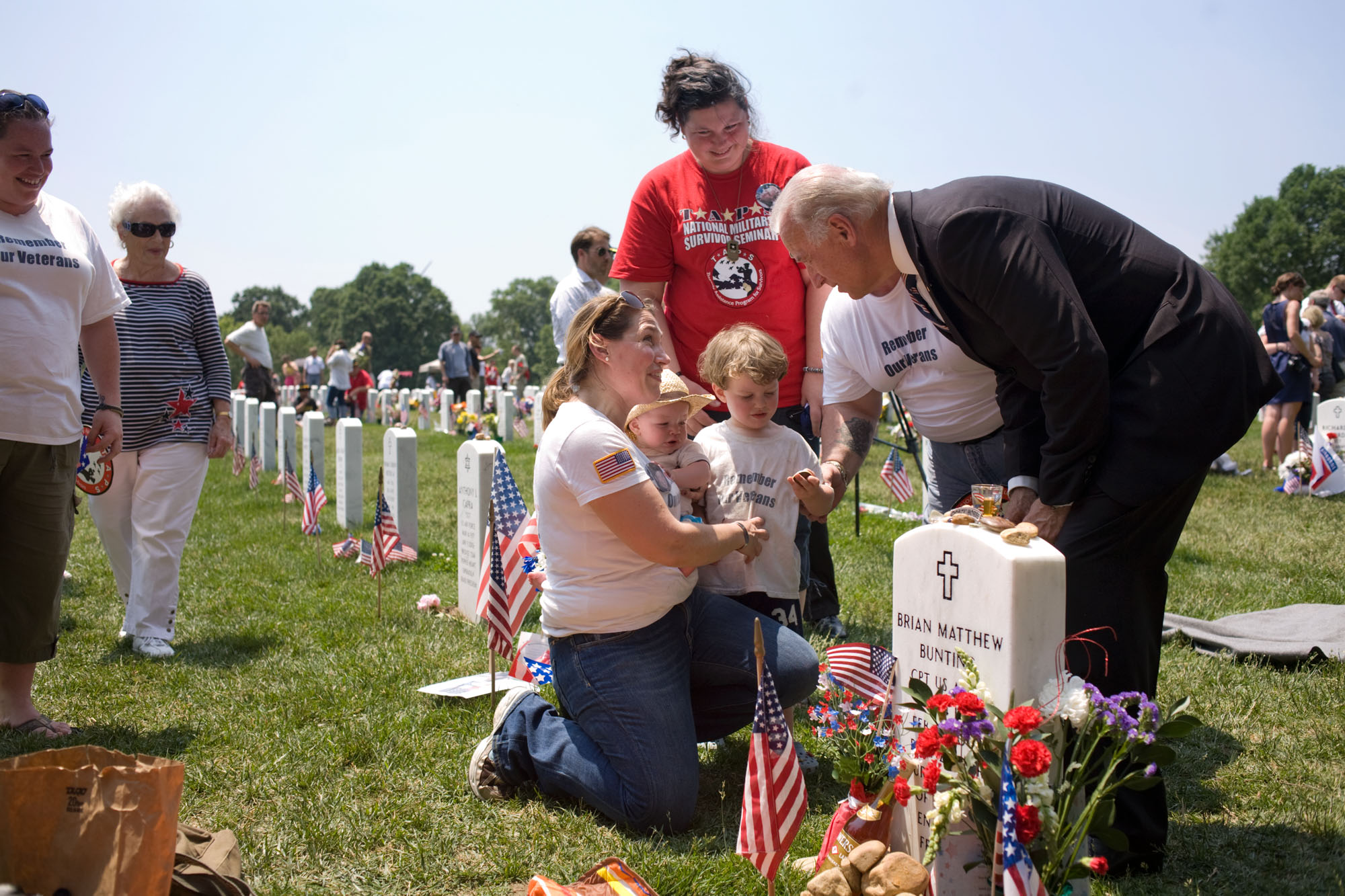 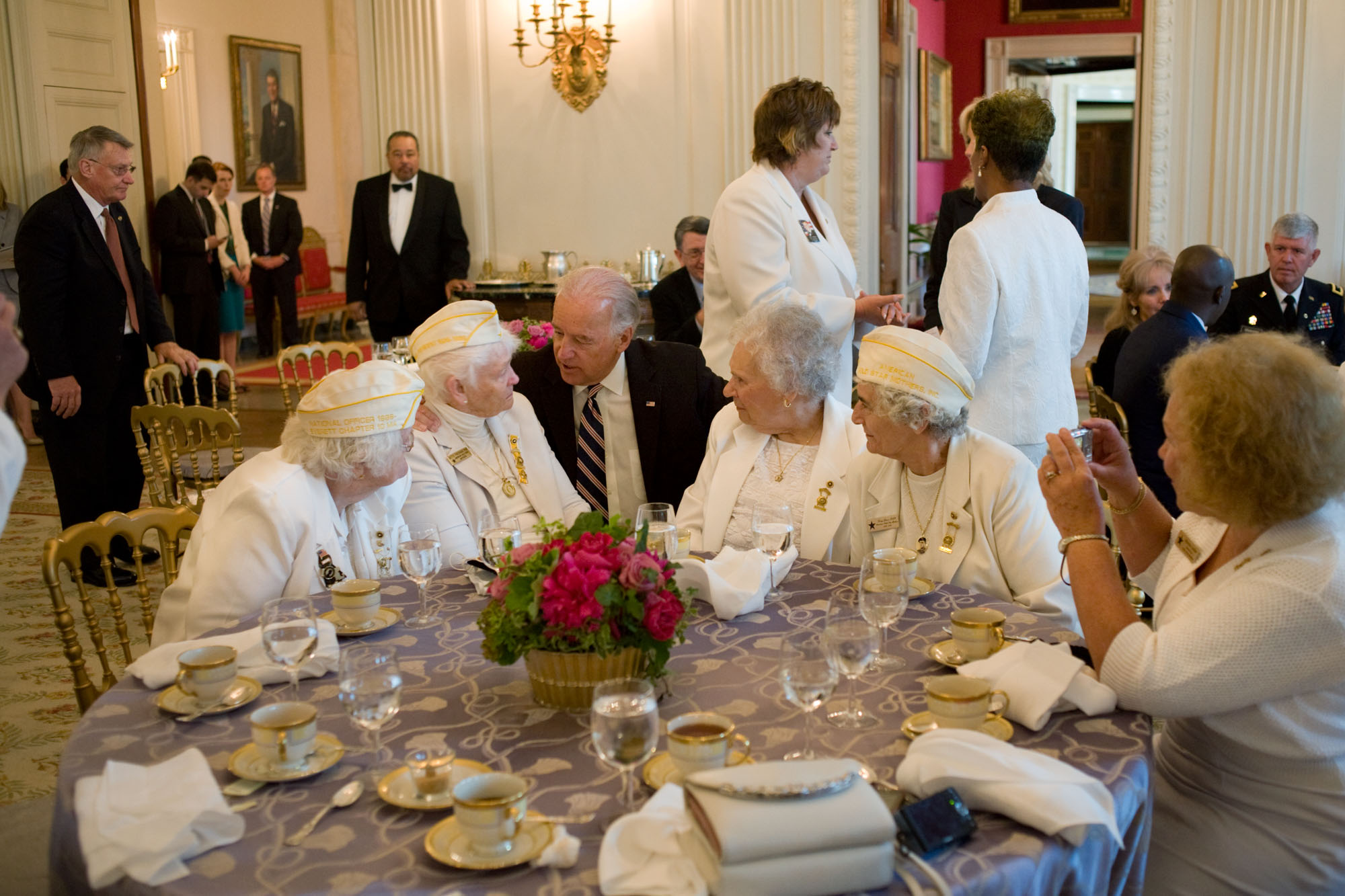