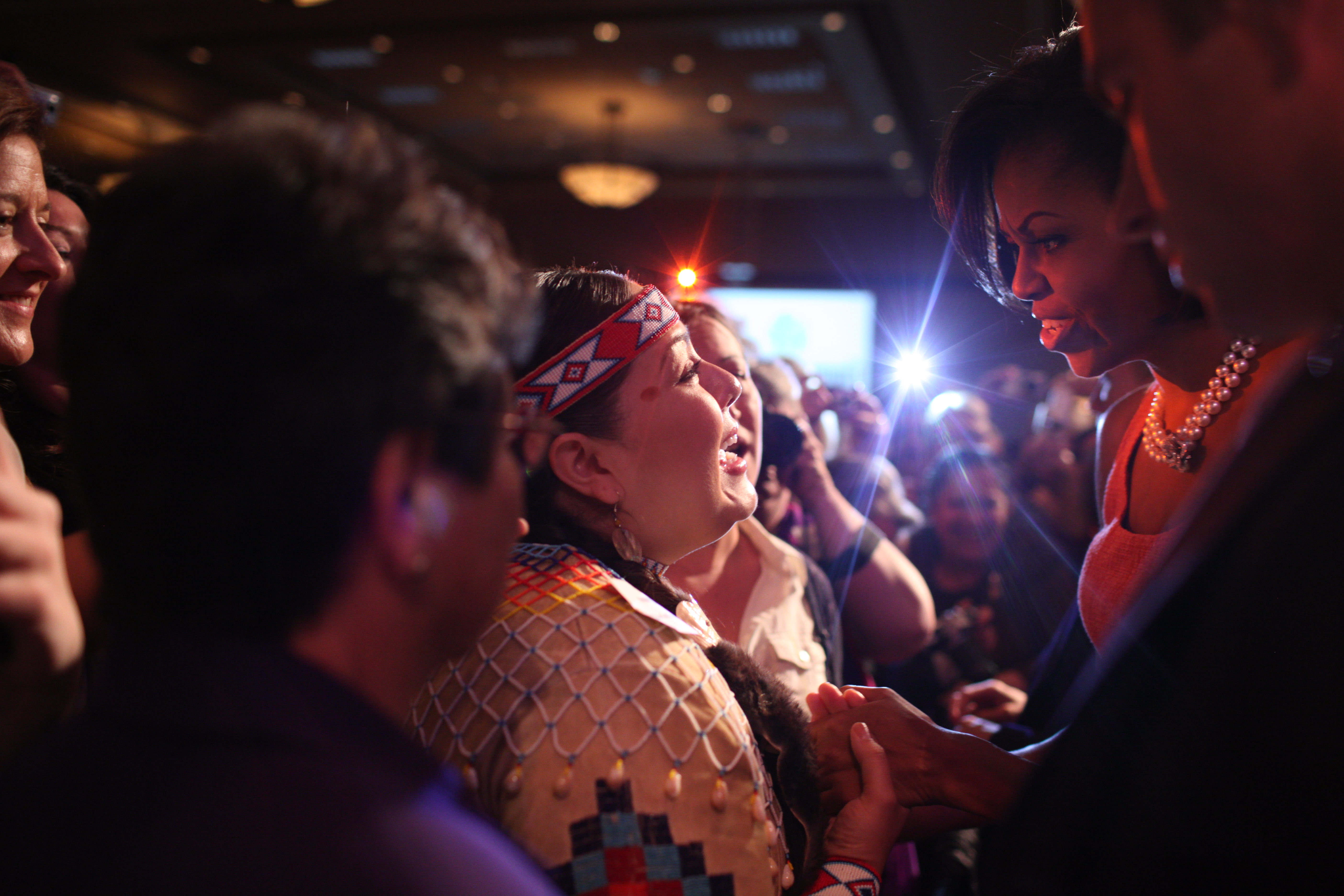 Today First Lady Michelle Obama traveled to Reno, Nevada where she delivered the keynote address to the 2010 Women’s Summit. The Summit, hosted by Senator Harry Reid, brought together a diverse group of women from across the country to talk about the issues that impact their lives as women and as Americans.

In her remarks, Mrs. Obama used the example of health care to illustrate women’s unique and increasingly significant role when it comes to keeping families healthy:

Eight in 10 mothers report that they’re the ones responsible for choosing their children’s doctors, taking them to the appointments, managing follow-up care. And many women are making the same decisions for their spouses. And more than 10 percent of women in this country are currently taking care of a sick or elderly relative, often a parent, and making critical health care decisions for them as well.

But women aren’t just disproportionately affected because of the role we play in our family, we’re also affected because the jobs we do are more likely to be part-time or in small businesses, jobs that are -- less likely provide health insurance. Women are more likely to be denied coverage because of so called preexisting conditions like having a C-section or a previous pregnancy. In some cases, insurance plans don’t cover basis women’s health services like maternity care or preventative care for mammograms and Pap smears. And a recent study showed that 25-year-old women are charged up to 84 percent more than 25-year-old men for the same coverage. And at age 40, it’s 40 percent more -- for the exact same coverage.

And that's part of the reason why so many people fought so hard to pass health reform this year. Under the new law, starting this year, insurance companies will never again be allowed to deny children coverage because of preexisting conditions.

In closing, the First Lady noted that while issues like health care, the economy or caring for families may affect women in particular, they aren’t just women’s issues:

When insurance companies deny coverage to women for preexisting conditions or refuse to cover treatment, it can devastate an entire family. When women make less than men for the same work, that hurts families who find themselves with less income and have to work harder just to get by. And when employers don’t allow employees the flexibility to care for their family, that hurts children, it hurts grandparents, it hurts husbands, and it puts a strain on an entire household.

But the good news is that thanks to so many extraordinary women who came before us, we’ve really come a long way. We know that all of us are here today because of all those generations who put in that time, who packed up their things, and staked their claims in places here, and who cracked and shattered those glass ceilings so that we could have opportunities that they never dreamed of.

And we know that it will be up to all of you -- the leaders, the activists, the visionaries, the organizers, the everyday women, to carry that work forward, because what we’re working towards -- all of us -- is to ensure that our daughters and our granddaughters can dream just a little bigger and reach just a little higher than we did. That’s really why I’m here.

So what I can promise is that if you keep the discussion going, and if all of you keep fighting and organizing and standing up for the causes that we all share, then I know that together -- together -- we will keep moving forward, not just as women, but as Americans.

So I really, truly, can’t express to you how grateful we are for your leadership. We look to you for that energy, so don’t ever stop. Keep it up. And thank you. Thank you for all your support and your hard work.