President Obama Welcomes Russian Youth for a Round of Basketball

Last week, the President welcomed to the White House a group of young Russian basketball players from the U.S.-Russia Bilateral Presidential Commission's Youth Basketball Exchange. This Sports Visitor program is the first sports exchange to be carried out as a result of the efforts of the U.S.-Russia Bilateral Presidential Commission’s Education, Culture, Sports and Media Working Group. The Russian delegation included 10 boys and 12 girls, ages 13-15, and four coaches who took part in basketball skills clinics in D.C. at various levels, including one taught jointly by the Women’s National Basketball Association (WNBA) by the National Basketball Association (NBA).

The President was eager to meet this group to hear about their experiences in the program, playing with other American teams in the city, and to exchange information about the different ways that both countries participate in sports. Much to the team’s surprise, the President was also eager to go a few rounds with the team on the White House basketball court, which took place after they took a group photo with President. 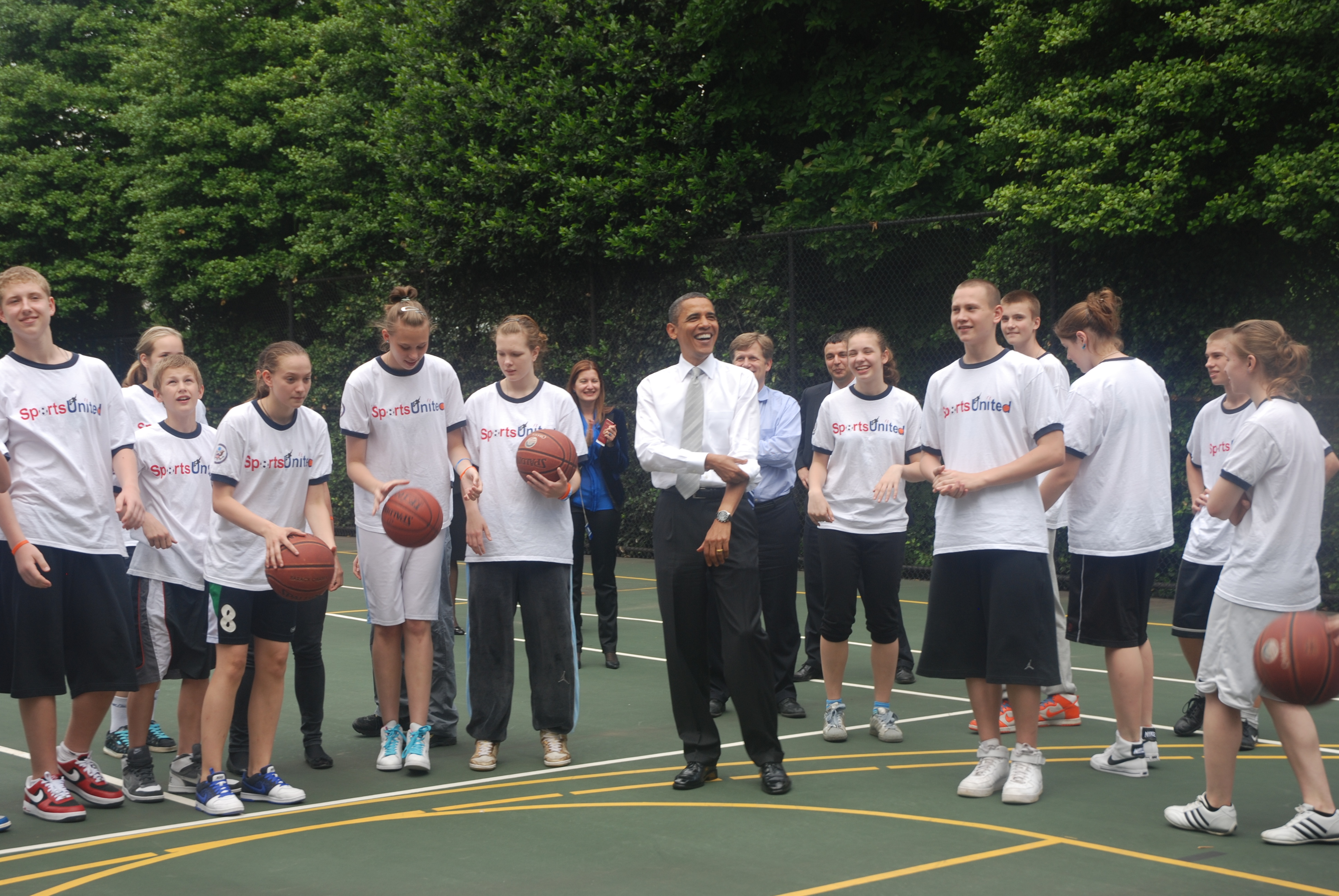 The President watched as the team made a few shots from around the court, and joined them after rolling up the sleeves of his suit.  At the conclusion of the meeting, and after making his last three-pointer, the President thanked them for coming to the White House, underscoring the importance of a program that shows that our relationship is between our governments as well as between the American and Russian people.

Karen Richardson is the Associate Director for International Affairs