The Brooklyn Bridge & the Story of American Workers

If you’ve ever looked back at the old black and white photos of America being built, with hard-working men and women creating the infrastructure and fueling the economy that made our country what it is today, you may have stumbled across pictures like this where workers scaled dizzying heights to put the finishing touches on the Brooklyn Bridge back in 1881: Over the past year and half, the Recovery Act has put hundreds of thousands of hard-working men and women to work on the same kind of projects for the 21st Century -- once again fueling America’s economy by repairing, rejuvenating, improving and advancing much of same infrastructure that was first created back then.

During a visit to New York City yesterday, Vice President Biden stopped by the Brooklyn Bridge where Recovery Act dollars are at work making a contribution to New York City's locally-funded effort to repair, upgrade, and preserve one of America’s most historic crossings. 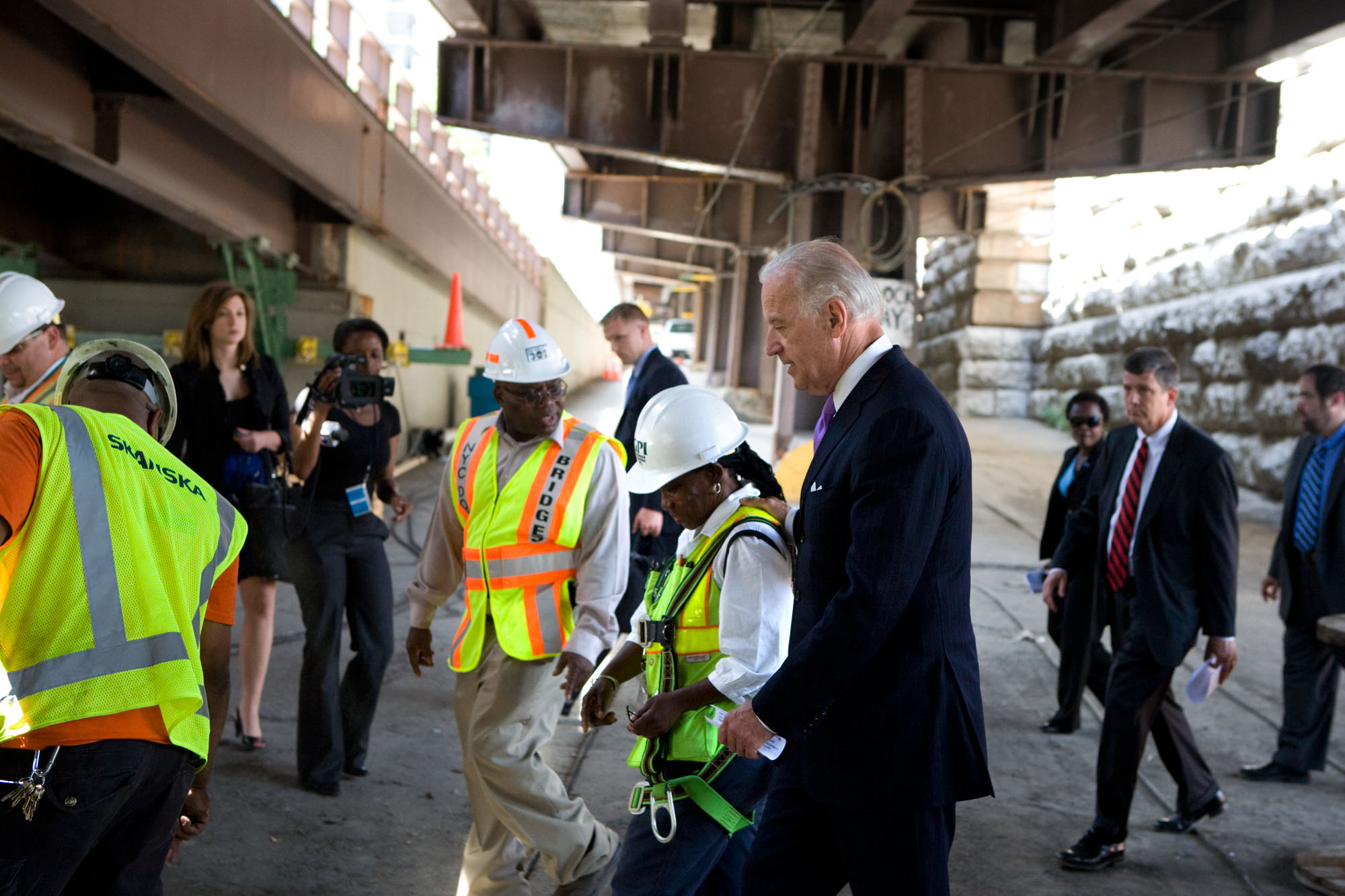 After touring the construction site alongside Mayor Bloomberg, Vice President Biden spoke about how the $508 million project, which is funded in-part by the Recovery Act, will bring the Brooklyn Bridge into a state of good repair and improve traffic flow for the more than 120,000 vehicles, 4,000 pedestrians, and 2,600 bicyclists that cross every day.

“It’s great to see men and women back on the job, completing work on one of the truly, treasured landmarks this country possesses,” the Vice President told a crowd of about 40 construction workers near the Manhattan-side entrance to the bridge. 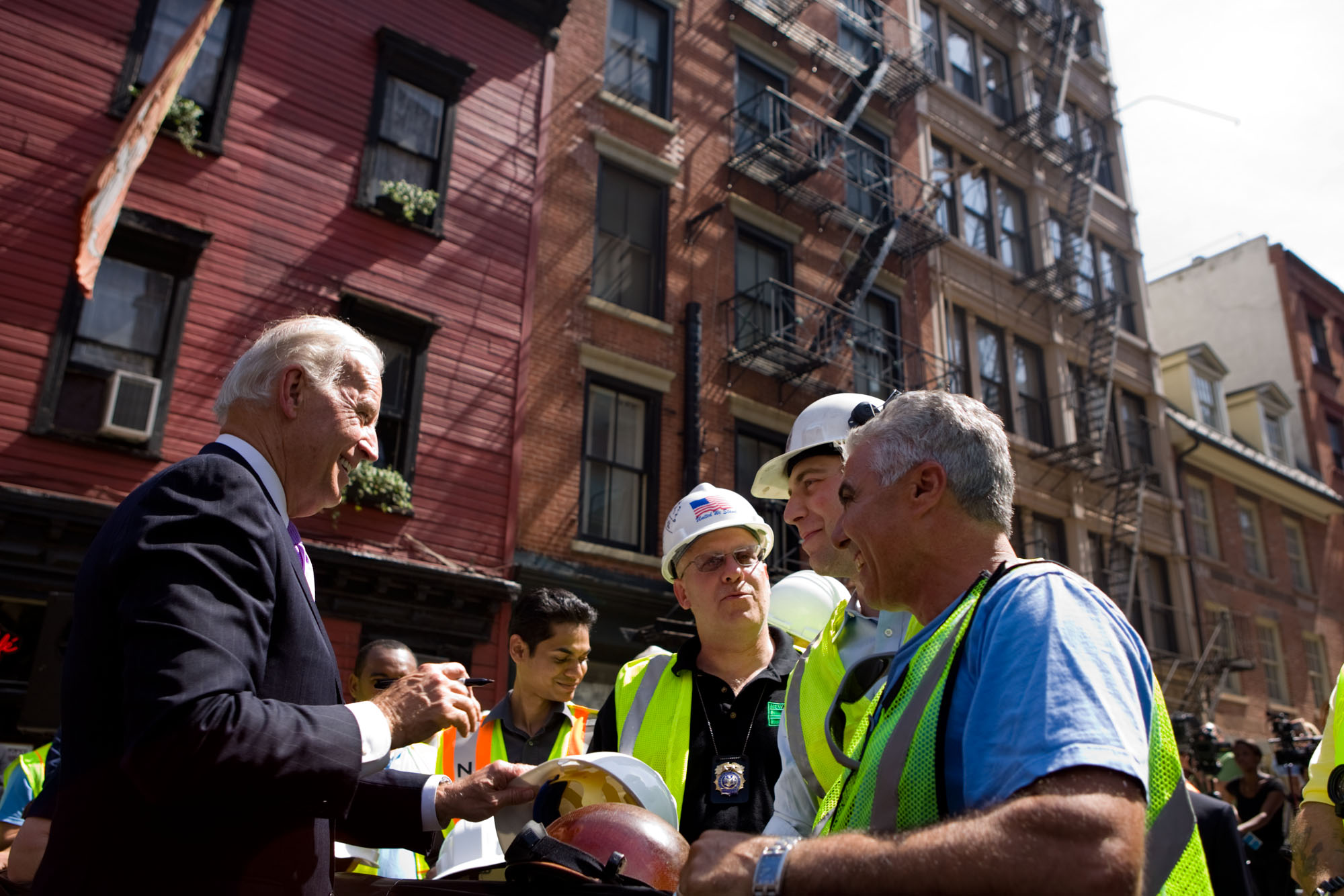 New York City says the Recovery Act’s $30 million investment in the project will create 150 jobs, generate economic activity and allow New York City to fund other critical infrastructure projects they otherwise would have eliminated or postponed. For the Brooklyn Bridge, it means a reconstructed roadway surface, rehabilitated and retrofitted steel support structures, expanded entrance ramps, and repainting to prevent corrosion.

As Vice President Biden noted, the Recovery Act has funded nearly 1,300 bridge projects and 14,000 transportation across the United States to-date. 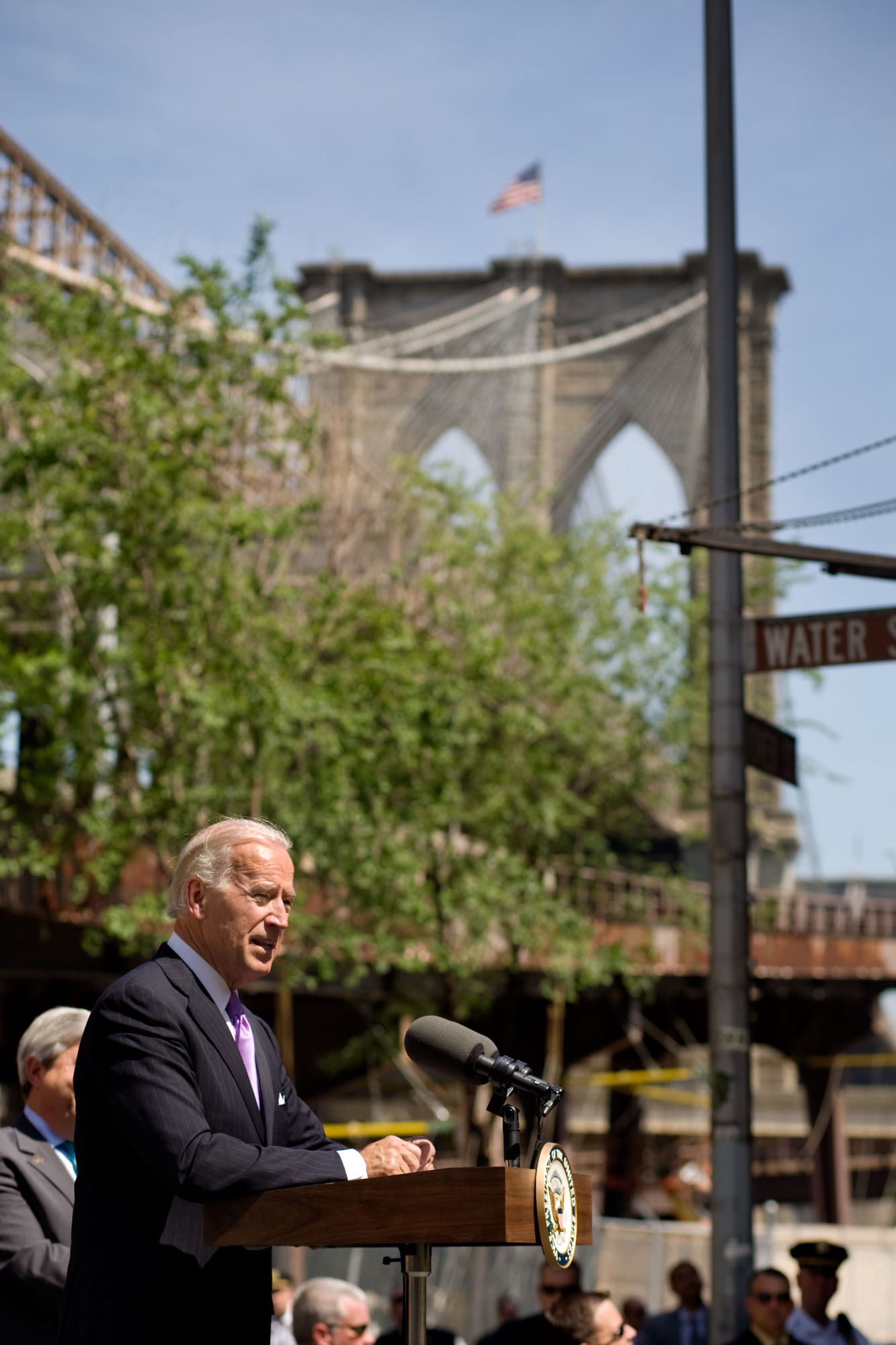