Today’s employment situation report shows continued signs of labor market recovery. Payroll employment rose for the fifth month in a row, and the unemployment rate fell two-tenths of a percentage point to 9.7 percent. While these are encouraging developments, we clearly have a very long way to go until the labor market is fully recovered. It is essential that we continue our efforts to move in the right direction and generate steady, strong job gains and continuing declines in unemployment.

Payroll employment rose 431,000 in May. As expected, most of this increase was due to temporary hiring associated with the decennial Census. Total private employment increased by 41,000, somewhat lower than the rate of increase in previous months. Building on the steady gains in previous months, private employment is now nearly 1/2 million higher than in December 2009. Both manufacturing and service-providing industries showed job gains; employment in construction and state and local government, however, fell noticeably. Average weekly hours, which are another important indicator of labor market healing, rose by one-tenth of an hour in May and are up four-tenths of an hour since last December.

The unemployment rate, which had risen in April, fell two-tenths of a percentage point to 9.7 percent. Both the labor force and the household measure of employment fell in May, following tremendous gains in the previous months. Consistent with the rise in average weekly hours, the number of full-time workers rose for the fourth month in a row and the number of people working part-time for economic reasons declined sharply.

The fact that the unemployment rate fell and private employment rose are obviously encouraging signs that recovery continues. At the same time, the continued high level of unemployment and the slowdown in private sector job growth emphasize the need for continuing vigilance. The Administration strongly supports targeted actions to spur private sector job creation and prevent continued reductions in state and local government employment. Tax incentives for clean energy manufacturing and energy efficiency, extensions of unemployment insurance and other key income support programs, a fund to encourage small business lending, and fiscal relief for state and local governments are essential measures to ensure a more rapid, widespread recovery.

As always, it is important not to read too much into any one monthly report, positive or negative. The monthly employment and unemployment numbers are volatile and subject to substantial revision. Emphasis should be placed on persistent trends rather than month-to-month fluctuations. 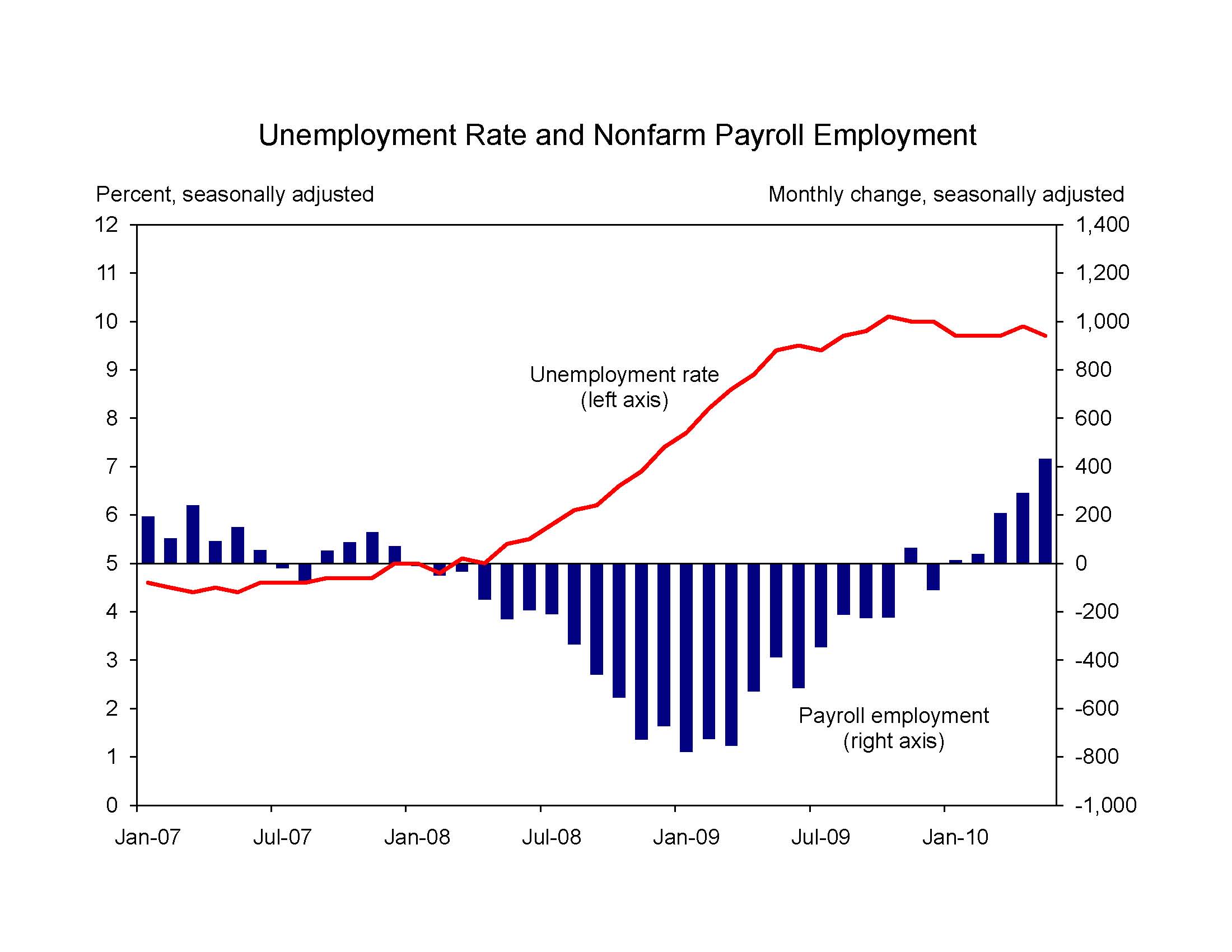