This morning the President announced James R. Clapper Jr. as the new Director of National Intelligence (DNI).  Applauding outgoing DNI not only for his exceptional tenure, but his distinguished career, the President focused on continued work towards the seamless intergration and communication between all elements of our intelligence community, including Congress.

He introduced Clapper with an overview of his decades in service to his country:

Today, I am proud to announce my choice for the next Director of National Intelligence —- James Clapper.  With four decades of service to America, Jim is one of our nation’s most experienced and most respected intelligence professionals.

As Under Secretary of Defense for Intelligence, he has successfully overseen the military and civilian intelligence personnel and budgets that make up the bulk of our 16-agency intelligence community.  He’s improved information sharing, increased intelligence support to our troops in Afghanistan and Iraq, upheld civil liberties, and he played a key role in our effort to update and reorient our intelligence community to meet the threats of our time.

As director of two critical organizations —- the National Geospatial-Intelligence Agency and the Defense Intelligence Agency —- and during a distinguished career in the Air Force, Jim developed an intimate understanding of our human and technical collection programs.  He possesses a quality that I value in all my advisors:  a willingness to tell leaders what we need to know, even if it’s not what we want to hear.  And Jim is a forceful champion of his fellow intelligence professionals —- never forgetting what it was like to risk his own life during two combat tours during the Vietnam War.

As DNI, Jim will be my principal intelligence advisor and the leader of our intelligence community.  Our intelligence community has made great strides since the 9/11 attacks.  Guided by good intelligence, we’ve struck major blows against the leadership of al Qaeda and its terrorist affiliates, and we’ve disrupted many plots in our country and saved many American lives.  But as we saw in the failed attack over Detroit, we need to do even better.  We need to constantly evolve and adapt and improve.

That’s why I ordered a series of reforms to strengthen intelligence earlier this year, and that’s why I’ll be looking to Jim to ensure that we have the most capable and efficient intelligence community possible.  Intelligence must be collected and analyzed quickly.  It must be shared and integrated effectively.  And it must be acted upon decisively.  That’s what I expect as President, and that’s what our national security demands.

MR. CLAPPER:  Thank you very much.

Thank you, Mr. President.  I am humbled, honored, and daunted by the magnitude of the responsibilities of the position of DNI.  It’s a job that cannot be done without your support and that of the Congress, and I intend to earn that support from both, as well as the public, if I'm confirmed for this position.

We have the largest, most capable intelligence enterprise on the planet, and it is the solemn, sacred trust of the DNI to make that enterprise work.

With that, nominees are like my two oldest grandkids, who are here today having a life experience -- better seen than heard.

Thank you very much.  (Laughter.) 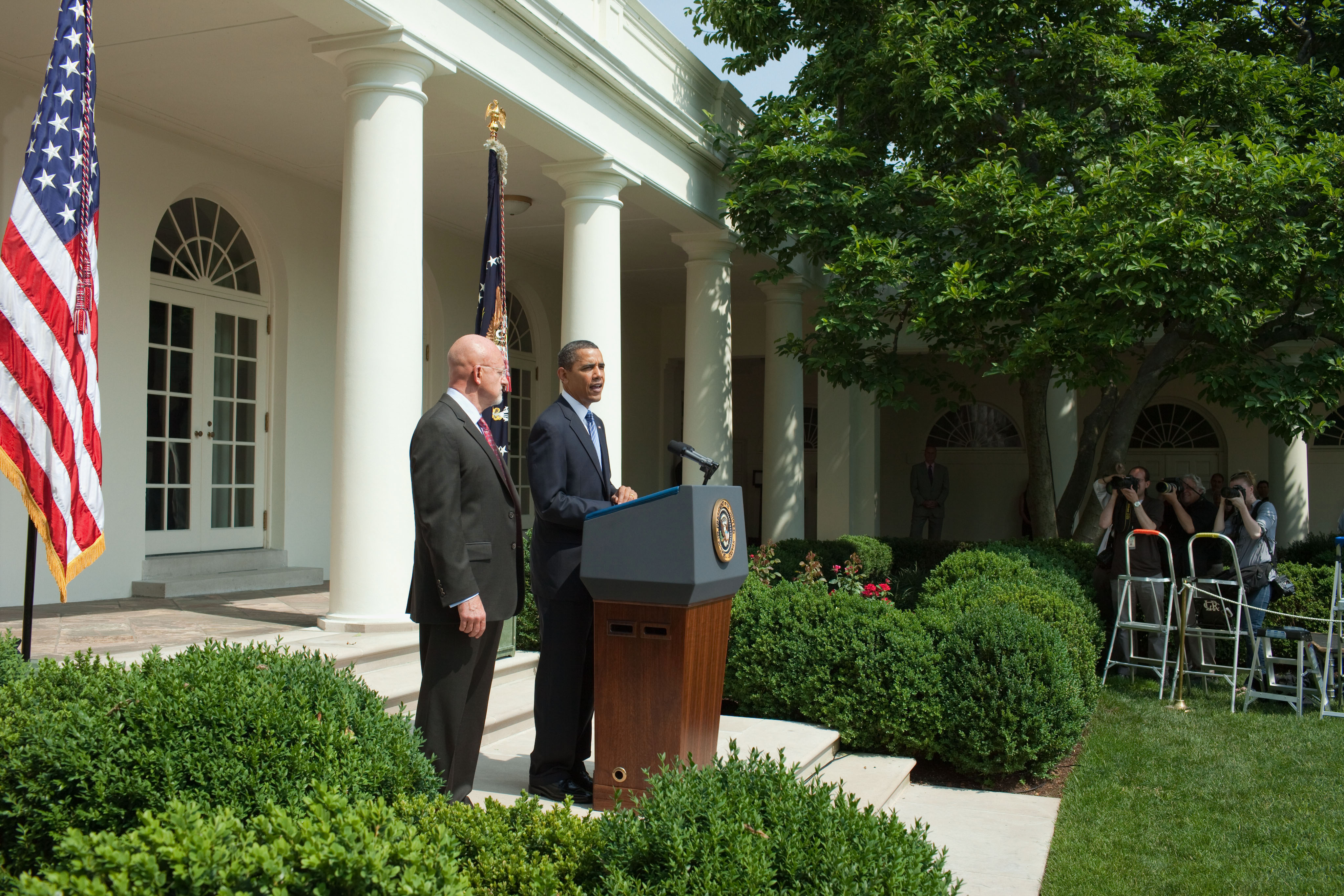 President Barack Obama makes a statement to the press announcing James Clapper as nominee for Director of National Intelligence (DNI) in the Rose Garden of the White House, June 5, 2010. (Official White House Photo by Pete Souza)