The President Meets with His Cabinet on BP Spill: "This Will Be Contained"

This morning the President met with Members of Cabinet to discuss the administration’s ongoing response to the BP Deepwater Horizon oil spill and receive a briefing from National Incident Commander Admiral Thad Allen. He spoke to the press afterwards and reiterated his commitment to protecting small business owners and workers in the Gulf Coast region:

Now, there are a number of other issues that were raised during this meeting that I just want to touch on.  Number one, when I was down in the Gulf on Friday, meeting with fishermen and small business owners, what is clear is that the economic impact of this disaster is going to be substantial and it is going to be ongoing.  And as I said on Friday -- and I want to repeat -- I do not want to see BP nickel-and-diming these businesses that are having a very tough time.

Now, we’ve got the SBA in there helping to provide bridge loans, and we’ve got the Department of Commerce helping businesses to prepare and document the damages that they’re experiencing.  But what we also need is BP being quick and responsive to the needs of these local communities.  We have individuals who have been assigned specifically to ride herd on BP, to make sure that that’s happening.  We want the people who are in charge of BP’s claims process to be meeting with us on a regular basis.  But we are going to insist that that money flows quickly, in a timely basis, so that you don’t have a shrimp processor or a fisherman who’s going out of business before BP finally makes up its mind as to whether or not it’s going to pay out.

And that’s going to be one of our top priorities, because we know that no matter how successful we are over the next few weeks in some of the containment efforts, the damages are still going to be there.

At the conclusion of his remarks, the President stated that that he is confident that the Gulf Coast ecosystems and people affected by the crisis will make a full recovery:

Let me just make one final point, and I think this was something that was emphasized by everybody here, and it’s something that I want to say to the American people.  This will be contained.  It may take some time, and it’s going to take a whole lot of effort.  There is going to be damage done to the Gulf Coast and there is going to be economic damages that we’ve got to make sure BP is responsible for and compensates people for.

But the one thing I’m absolutely confident about is that as we have before, we will get through this crisis.  And one of the things that I want to make sure we understand is that not only are we going to control the damages to the Gulf Coast, but we want to actually use this as an opportunity to reexamine and work with states and local communities to restore the coast in ways that actually enhance the livelihoods and the quality of life for people in that area. 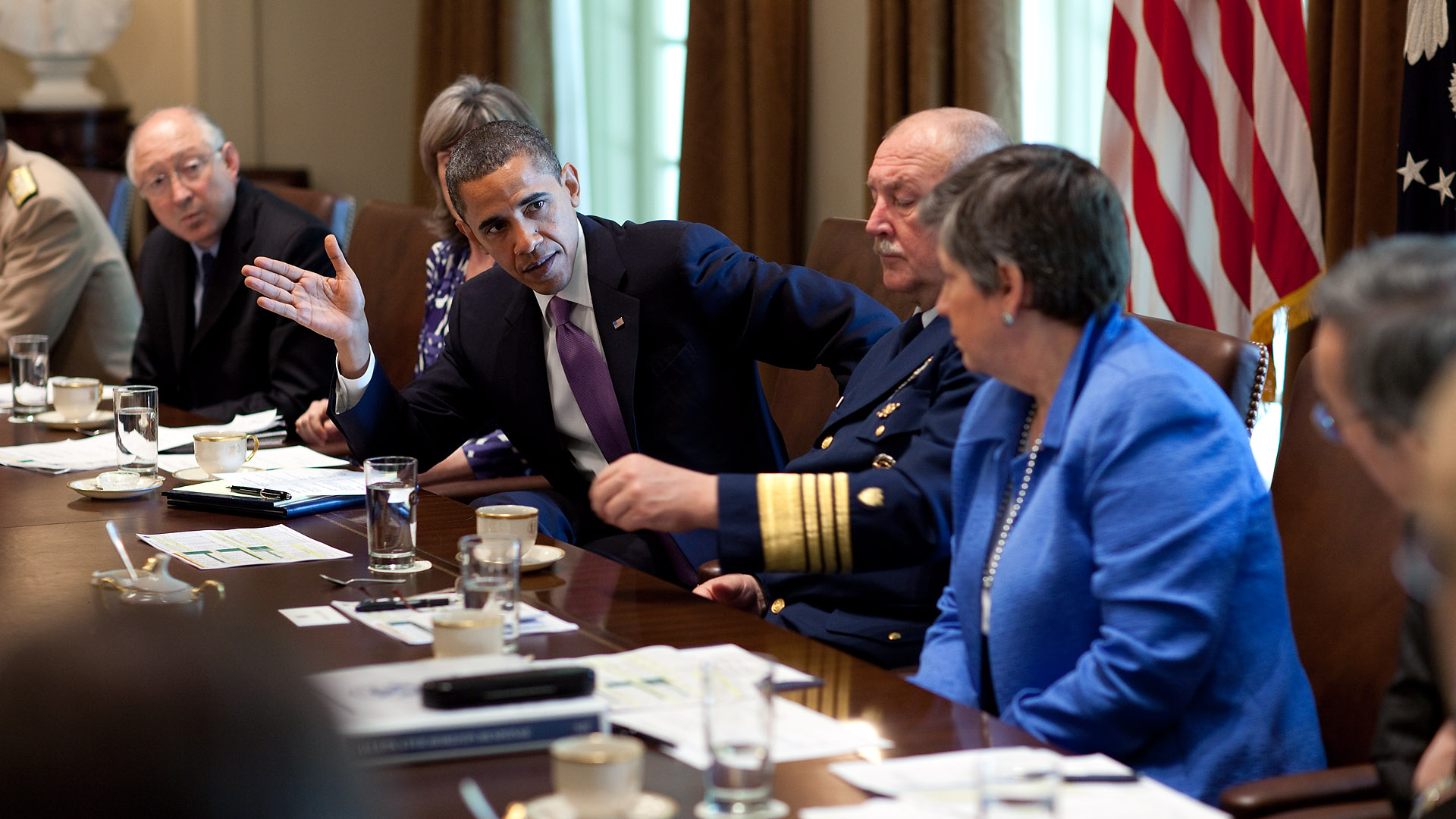