June 9, 2010 at 10:29 AM ET by Rick Weiss
Twitter Facebook Email
Summary:
The Office of Science and Technology Policy yesterday convened a conference celebrating the one-year anniversary of President Obama’s momentous remarks in Cairo that called for increased partnerships with the Muslim world. 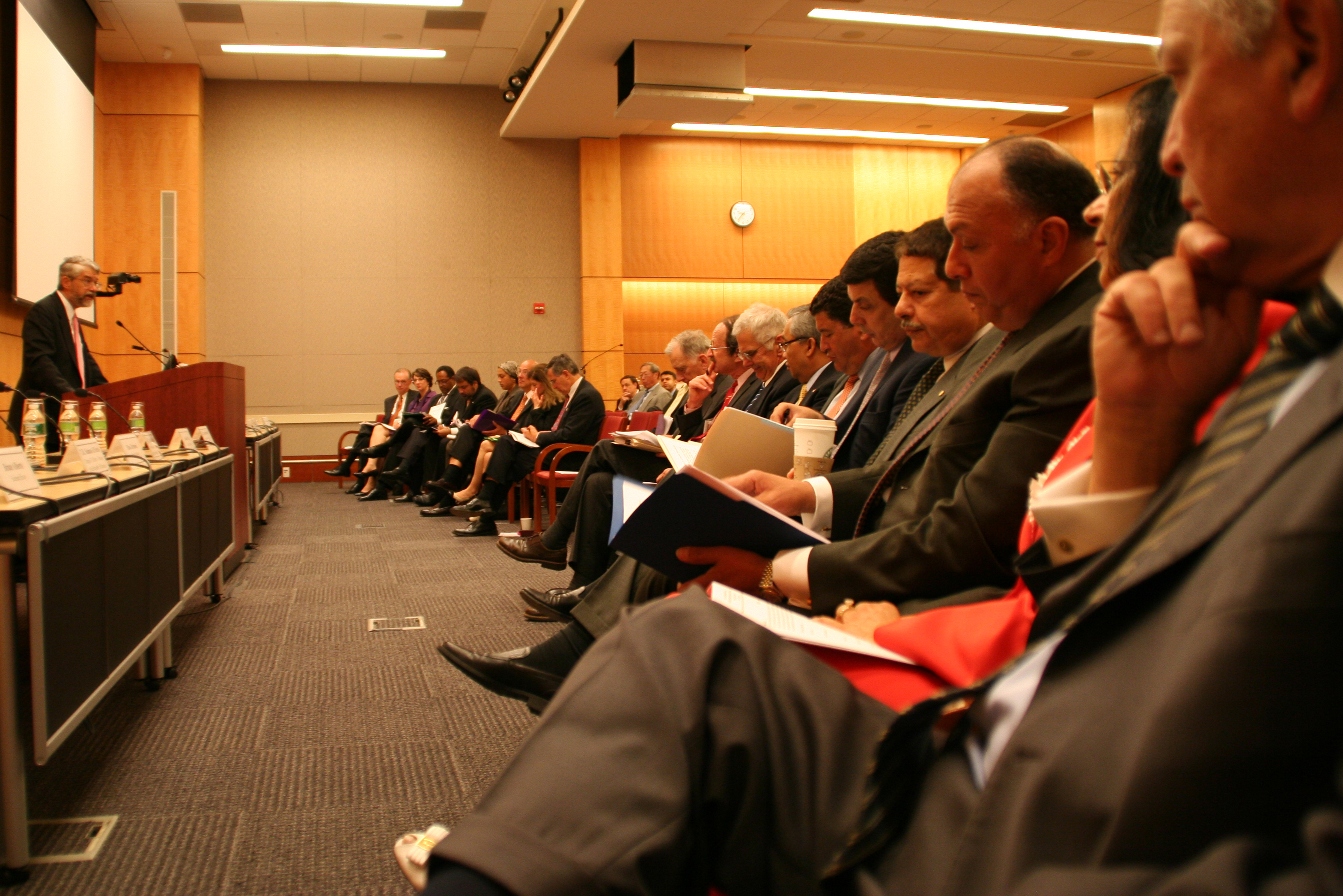 The Office of Science and Technology Policy yesterday convened a conference celebrating the one-year anniversary of President Obama’s momentous remarks in Cairo that called for increased partnerships with the Muslim world. Science and technology collaborations have played a critical role in developing the new relationships the President called for. And the number of productive exchanges between Federal agencies and their counterparts in Muslim communities around the world has grown considerably in the past year, said OSTP Director John Holdren.

“Almost a year to the day after President Obama made his historic commitment in Cairo to embark on a voyage of renewed engagement with the Muslim world, there is much progress to be proud of and much to celebrate,” said Holdren, speaking to about 150 representatives from embassies, non-governmental organizations, and Federal science agencies at the National Academies’ Keck Center in Washington, DC.

Other speakers at the event—which highlighted accomplishments in the past year and looked ahead to new commitments—included Ralph J. Cicerone, President of the National Academy of Sciences; Rep. Rush Holt (D-N.J.); Maria Otero, Under Secretary of State for Democracy and Global Affairs; Harold Varmus, co-chair of the President’s Council of Advisors on Science and Technology; and General James L. Jones, National Security Advisor to the President.

The event also featured presentations from the Nation’s first three “science envoys,” who were deployed around the globe during the past year to help build connections to scientists and engineers and their institutions in the Muslim world: Elias Zerhouni, former director of the National Institutes of Health; Nobel Prize-winning chemist Ahmed Zewail; and Bruce Alberts, Editor-in-Chief of the journal Science. They were introduced by diplomatic officials from three of the more than ten countries they visited in the past year: Ambassador Sameh Shoukry, the Ambassador of Egypt to the United States; Ambassador Abdallah Baali, Ambassador of Algeria to the United States; and T.H. Salman Al Farisi, Acting Charde d’Affairs of Indonesia.

Among the envoy’s comments:

Dr. Holdren noted that efforts like the President’s Cairo initiative cannot change the world immediately, but over a period of years can have a big impact. “The path will have some twists and turns and we cannot expect attitudes to wholly reverse themselves in a year or even two,” Dr. Holdren said. “But they can shift. And they must—both here and abroad. The important thing is to keep going.”

For more information on how we are pursuing the vision articulated by President Obama in Cairo last June, including a list of major accomplishments, visit OSTP's Global Science Diplomacy page.