June 9, 2010 at 12:00 PM ET by Stephanie Cutter
Twitter Facebook Email
Summary:
A look at highlights and local coverage of the President's tele-town hall meeting with seniors on the Affordable Care Act.

Yesterday, seniors across the country participated in President Obama’s tele-town hall meeting on the Affordable Care Act. Tens of thousands of seniors listened or watched the event while others gathered at more than 100 watch parties, some of which were attended by senior Obama Administration officials.

At the event, President Obama knocked down the misinformation campaign opponents of reform have been waging for a year.  Here’s what he said:

Now, this debate got pretty contentious at times last year. I think you remember.  And just when you were looking for accurate information about what this reform would mean for you, there were a lot of opponents of health care reform generally that sought to deny you that information.  And they ran some pretty nasty rumors in hopes that it would scare folks.  I know that’s hard to imagine in politics -- but that’s what happened.

So here’s the truth:  First and foremost, what you need to know is that the guaranteed Medicare benefits that you’ve earned will not change, regardless of whether you receive them through Medicare or Medicare Advantage.  Your guaranteed benefits will not change.  Eligibility won’t change.  Medicare will continue to cover your costs the way it always has.  If you like your doctor, you can keep your doctor.

He discussed how the Affordable Care Act will help seniors across the country and strengthen Medicare.

This new law gives seniors and their families greater savings, better benefits and higher-quality health care. That’s why it ensures accountability throughout the system so that seniors have greater control over the care that they receive.  And that’s why it keeps Medicare strong and solvent -– today and tomorrow.

And the President also answered questions about Medicare Advantage: 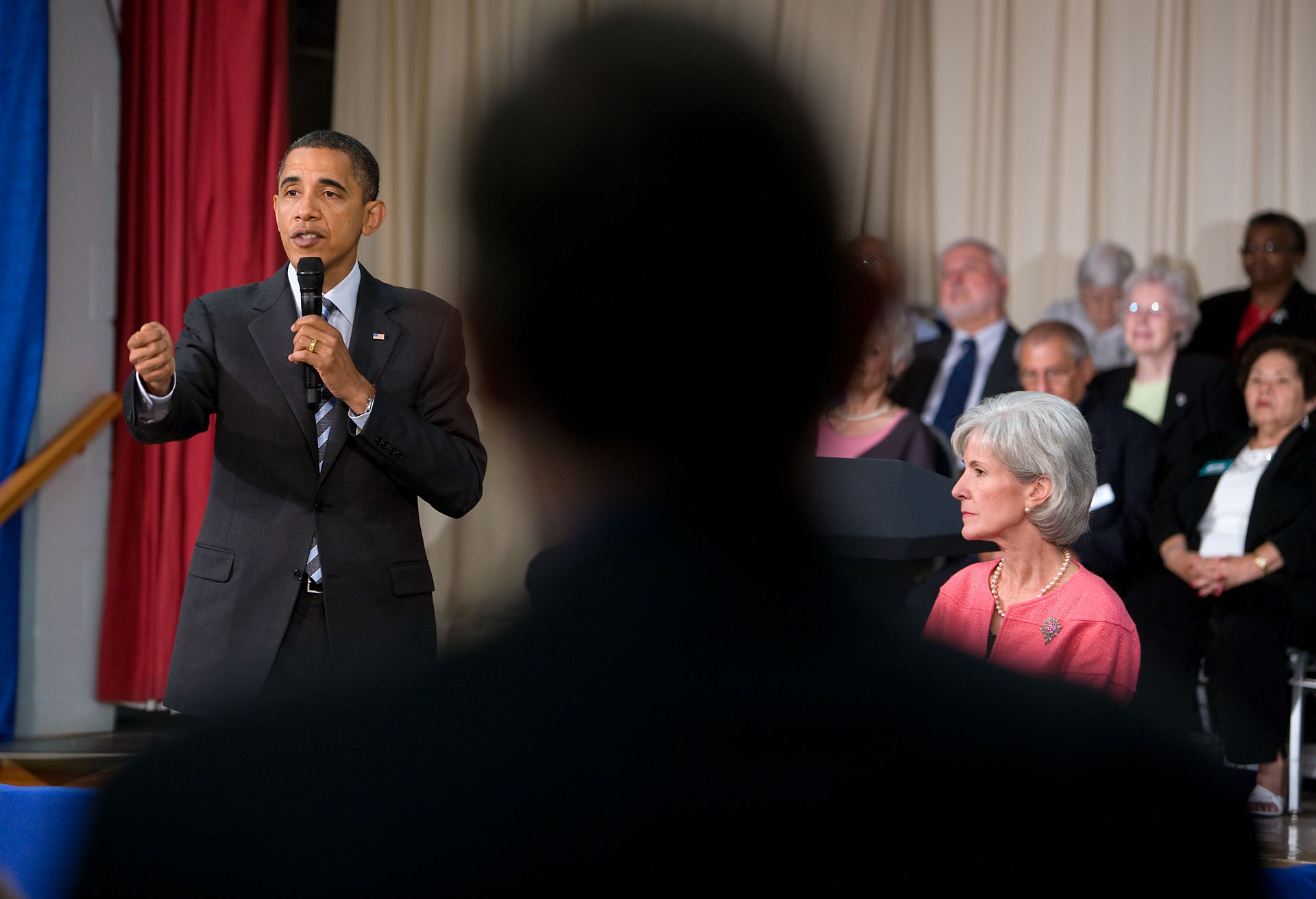 This morning, local papers across the country are reporting on the recent events. Some highlights:

“If Obama's intention was to re-assure seniors, it appeared to have worked for the crowd at the White Rose center. Afterward, in response to a request by the National Council on Aging, they conducted a poll by show-of-hands.

“Following the meeting, which lasted just over an hour, residents of the Christian Health Care Center had mostly favorable things to say about the speech…

“‘He hits the concerns older people have,’ she said.”

“‘When the Medicare prescription drug benefit was passed a few years ago because of budgetary concerns, Congress created this gap in coverage,’ said Rima Cohen, counselor to the Secretary for Health Policy at the Department of Health and Human Services, who came to New Mexico to help answer questions…

“Seniors will be enrolled automatically and receive a check when they reach the $2,800 spending cap, so seniors won't won't have to provide their social security number, Medicare number, or any money.”

“Today President Obama held a town hall meeting with senior citizens via telecast. Some folks in Southport came to the Brunswick Center to watch.

“The meeting focused on the affordable care act. One of the first efforts to ease the cost of Medicare on senior citizens is a $250 rebate check for those who fall into the prescription drug coverage gap called ‘the donut hole.’ Sally Turner was glad to finally have some answers.

“‘I think it answers a lot of questions about the Medicare bill, the new Medicare bill,’ she said. ‘And it helps kinda clear up the air a little bit about what's happening to Medicare, what's happening to Social Security, what's going to happen to our children as far as Social Security and Medicare, and I was glad to hear the answer was positive.’”

“Senior centers around the nation, including one in our backyard, participated in a tele-town hall meeting on the Affordable Care Act with President Barack Obama this afternoon…

“The president discussed what the Patient Protection and Affordable Care Act meant to seniors to ensure that they have accurate information about the new law, which passed in March. The health care legislation gives seniors better benefits, they will see a cost savings and higher quality health care, Obama said. Preventative care services like colorectal cancer screenings, mammograms and annual wellness visits will be available free to seniors.”

Stephanie Cutter is Assistant to the President for Special Projects

Former Assistant to the President and Deputy Senior Advisor