June 10, 2010 at 2:42 PM ET by Jesse Lee
Twitter Facebook Email
Summary:
The President talks about the upcoming Congressional work session after a meeting with leaders of both parties.
[[nid:13142]]

This morning the President hosted Congressional leaders from both parties to talk through the months ahead and make sure they are as productive as possible.  As the President made clear in remarks afterwards, the top priorities have to be the BP oil spill and putting people back to work:

Obviously the top of our list was our continued response to the crisis in the Gulf and what’s happening with the oil spill.  We gave them an update on all the measures that are being taken, the single largest national response in United States history to an environmental disaster.  But we had a frank conversation about the fact that the laws that have been in place have not been adequate for a crisis of this magnitude.  The Oil Pollution Act was passed at a time when people didn’t envision drilling four miles under the sea for oil.

And so it’s going to be important that, based on facts, based on experts, based on a thorough examination of what went wrong here and where things have gone right, but also where things have gone wrong, that we update the laws to make sure that the people in the Gulf, the fishermen, the hotel owners, families who are dependent for their livelihoods in the Gulf, that they are all made whole and that we are in a much better position to respond to any such crisis in the future.

So that was a prominent part of the discussion, and I was pleased to see bipartisan agreement that we have to deal with that in an aggressive, forward-leaning way.

Even as we deal with that crisis, we’ve still got an economy that’s on the mend, but there are a lot of people out there who are still out of work.  There are a lot of families who are still struggling to pay the bills.  And so a major part of our discussion was how could we continue to build on the progress that’s been made in the economy and, in particular, how can we make sure that that has an impact on job growth and the day-to-day improvements that people are seeing in their own lives.

The President talked about the urgency of passing extensions for unemployment insurance and other measures to help families stay above water while they’re looking for work, which will in turn make sure the recovery continues with some stability.  He also expressed confidence that a strong package to help small businesses grow and hire is coming together.

Also on the agenda is finishing financial reform, a supplemental to fund our troops, and continued work on ways to reduce the deficit, an area the President was particularly hopeful of finding bipartisan solutions on. 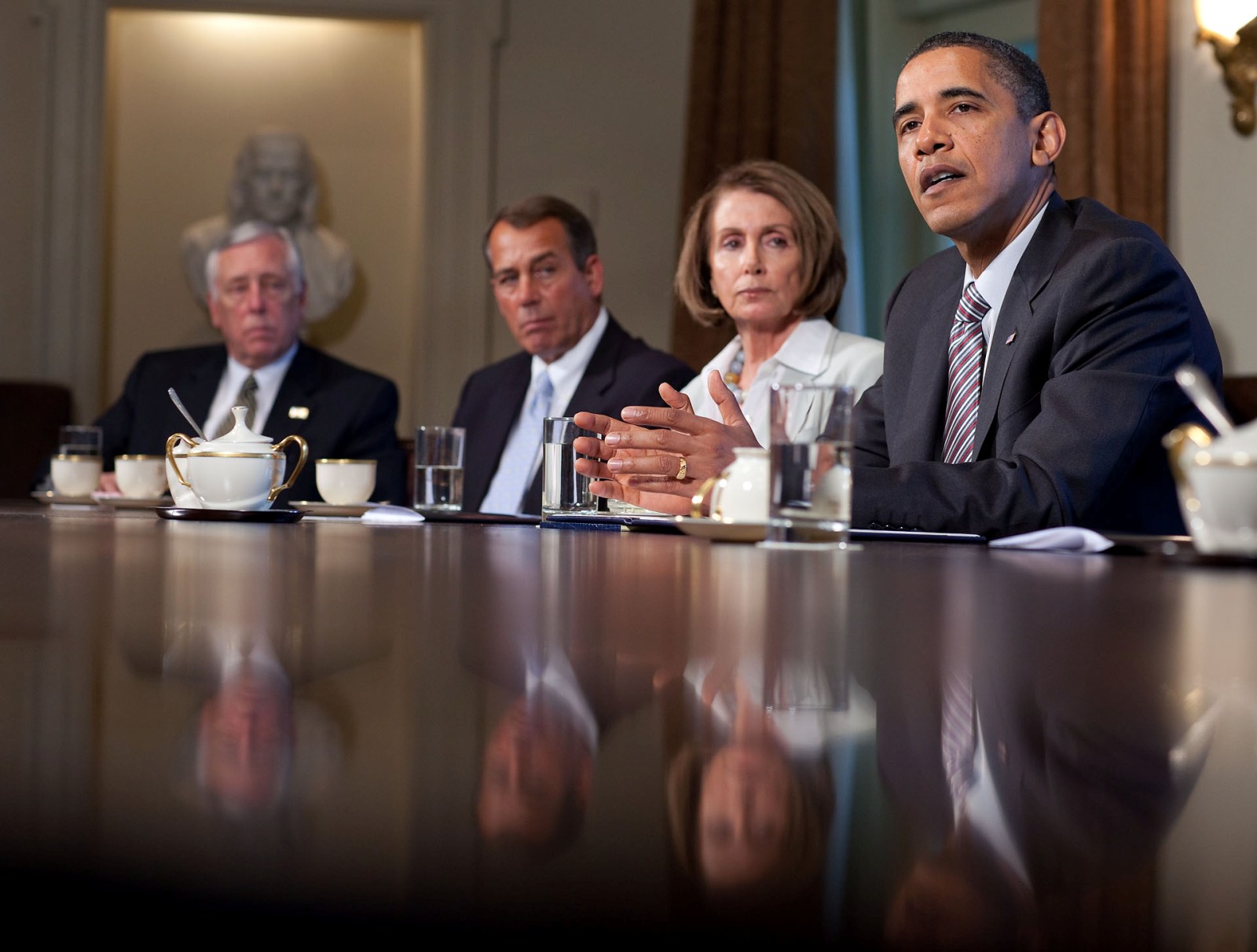 The President closed speaking passionately about the need for a new energy policy for the long term to begin now:

In that same category of thinking about the next generation, I want to close by just talking about my personal belief that we have to move on an energy agenda that is forward-looking, that creates jobs, that assures that we are leaders in solar and wind and biodiesel, but recognizes that we are going to be reliant on fossil fuels for many years to come, that we are going to still be using oil and we’re still going to be using other fossil fuels, but that we have to start planning now and putting the infrastructure in place now, putting the research and development in place now so that we end up being leaders in our energy future.

I’m actually going to have a group of CEOs this afternoon who’ve come in from a wide range of different industries -- people from Bill Gates of Microsoft to the former chairman of DuPont who have come up with a series of recommendations about how we need to move much more aggressively on the energy agenda.

And although obviously our immediate task is to deal with a crisis that is affecting millions of people down in the Gulf, we can’t keep our eye off the importance of having an energy policy that meets the needs of the next generation and ensures that the United States is the leader when it comes to energy policy.  We are not yet that leader, and that’s what I want us to do. 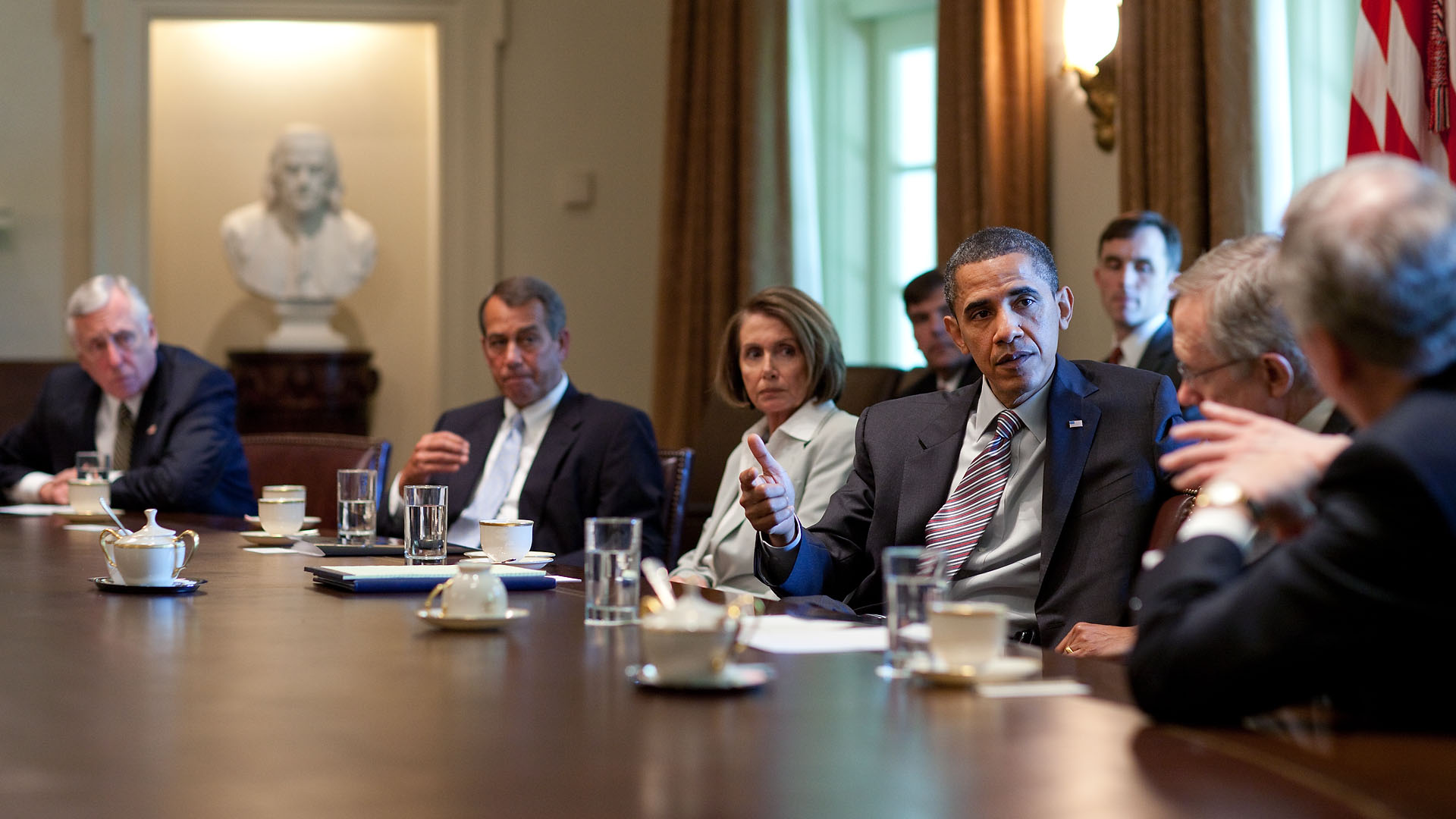