June 11, 2010 at 12:31 PM ET by Michele S. Jones
Twitter Facebook Email
Summary:
New members of the Defense Advisory Committee on Women in the Services were announced last week to address the challenges and concerns faced by women in the military.

Last week, ten new members including the Chairwoman, Retired Lieutenant General Claudia J. Kennedy, were sworn in to the Defense Advisory Committee on Women in the Services (DACOWITS). In attendance at the swearing in and kick off to their first meeting were Tina Tchen and Jenny Kaplan, Director and Deputy Director, respectively, of the White House Council on Women and Girls. Under Secretary of Defense for Personnel and Readiness, Dr. Clifford Stanley, enthusiastically addressed the new members and addressed the importance of the DACOWITS to women in uniform, the Department of Defense, and the nation. 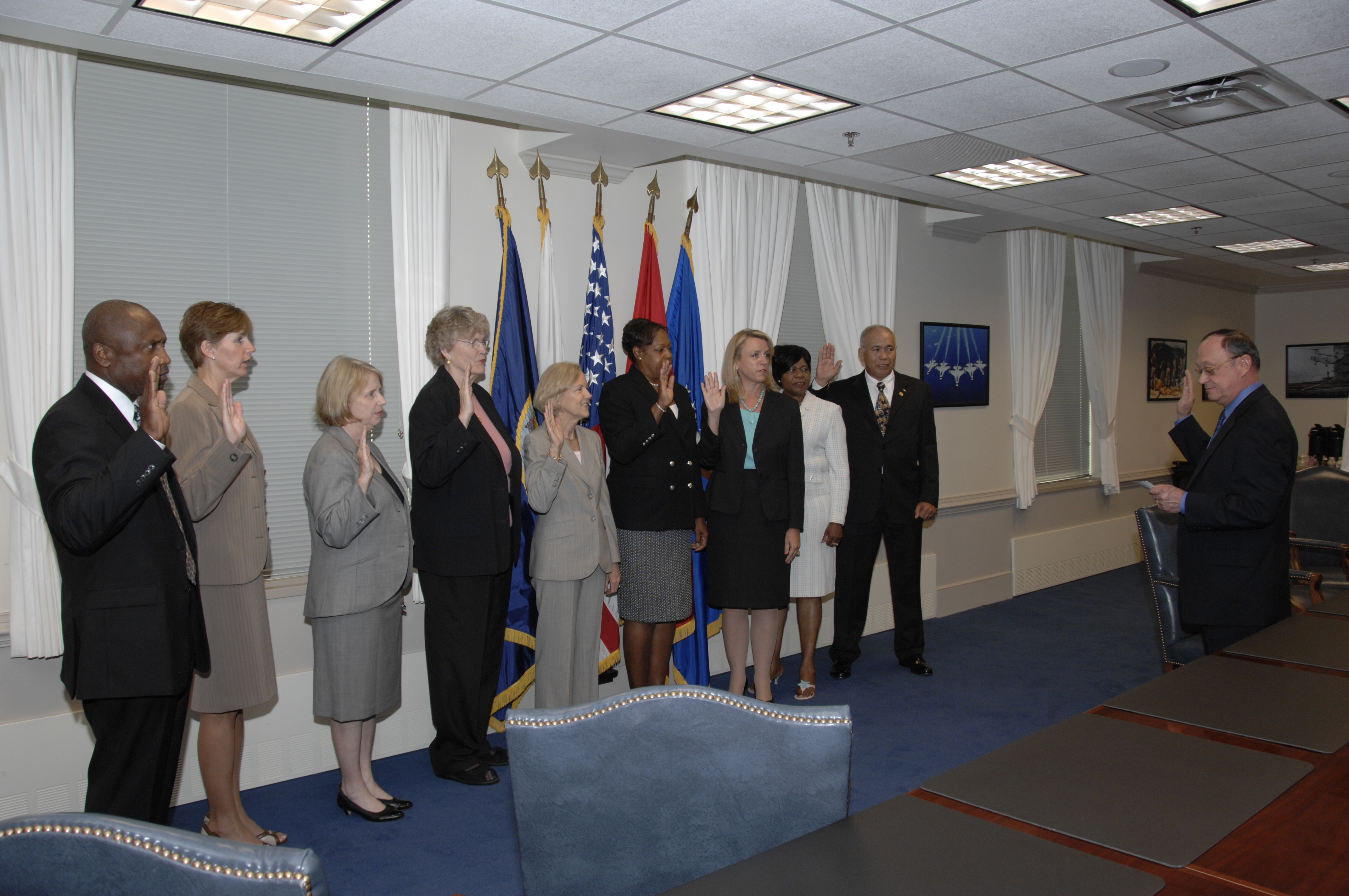 New members of the Defense Advisory Committee on Women in the Services are sworn in. June 2, 2010. (by US Department of Defense)

DACOWITS was established in 1951 during the Korean War by Secretary of Defense George C. Marshall. Its objectives then were to examine and advise on matters relating to women in the Armed Forces. DACOWITS has contributed significantly throughout the years, providing critical recommendations, relevant review, and examining areas that affected women serving in the military.

The 2010 Charter of DACOWITS has not only expanded the number of members on the Committee, but also emphasizes the crucial need to have prominent members with expertise in diverse areas including academia, medicine, and industry. The need to increase its membership from 15 to 35 members reflects the broad spectrum of challenges and concerns that women in the military face as they continue to serve and transition from military service.

Women have served this great nation throughout history from the Civil War to the Global War on Terrorism, both in uniform and out. Many have served in the military. However, what makes a woman’s service unique is that any woman who ever served volunteered; it has always been a volunteer military for women.

Learn more about the work of DACOWITS.

Michele S. Jones is Special Assistant to the Secretary of Defense and White House Liaison, and represents the Department of Defense on the White House Council on Women and Girls