June 11, 2010 at 5:37 PM ET by Peter Groff
Twitter Facebook Email
Summary:
Peter Groff from the Center for Faith-based and Neighborhood Partnerships at the Department of Education discusses Secretary Duncan’s address to the 96th Annual Minister’s Conference. 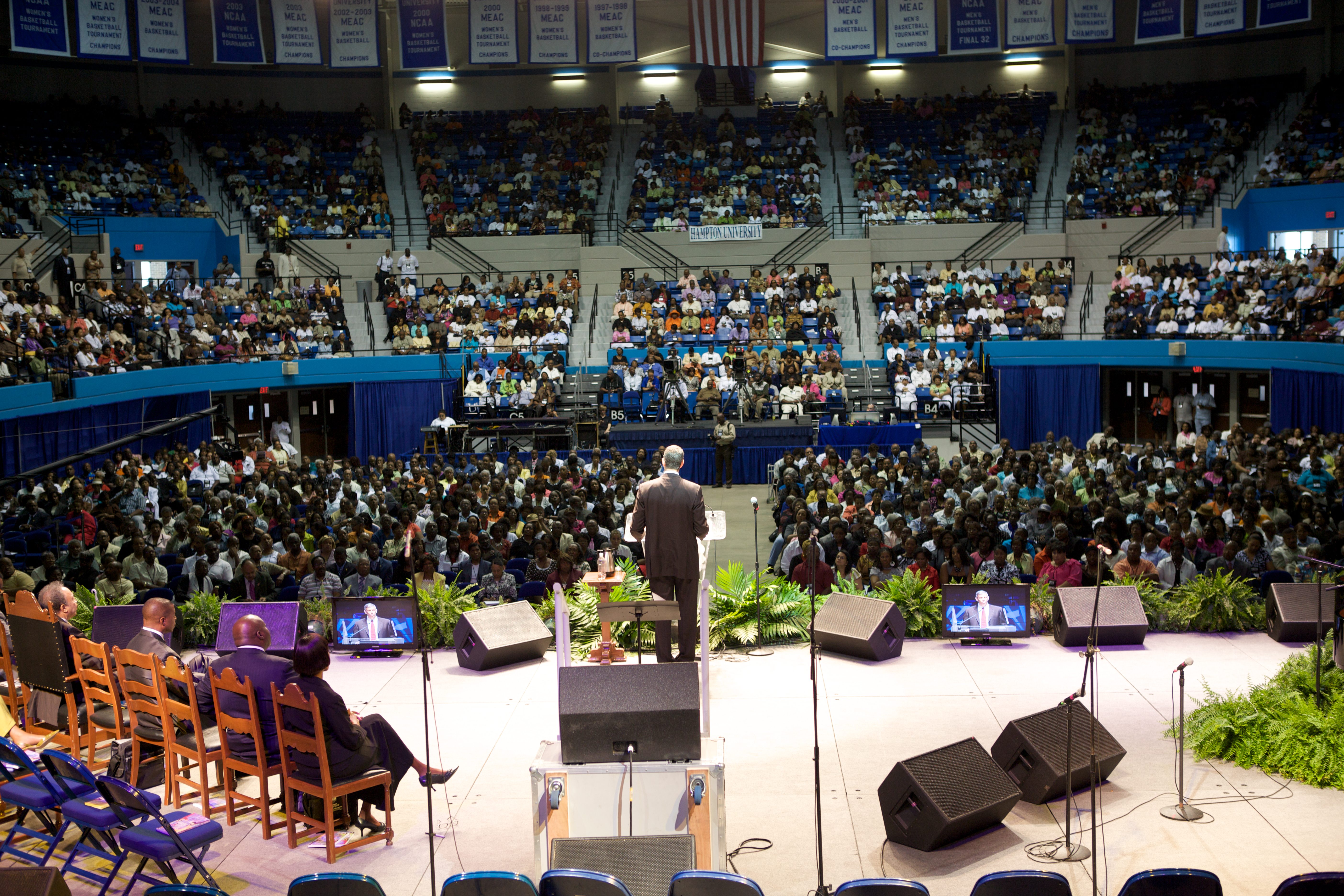 This week, Secretary of Education Arne Duncan addressed the 96th Annual Minister’s Conference at Hampton University on June 9. Dr. William Harvey, the President of Hampton University since 1978, introduced Secretary Duncan as a leader who has exhibited courage in proposing new education strategies.

In his remarks, Secretary Duncan discussed the role of faith leaders in remaking American education. He pointed to the role of African American religious leaders to provide moral leadership, referin to them as “the trumpets of conscience.” The Secretary noted the historic role of the African American church in transforming the American landscape and exhorted the crowd to once again shape the future as it has done in the past and demand better schools, demand more from parents and students and demand more from teachers, but most of all demand more from themselves.

The Secretary noted that faith communities across the country are already demanding more from themselves by establishing effective programs for those in their community. For instance, Secretary Duncan showcased an after school program funded by the Minnesota Council of Churches that provides academic enrichment with a focus on African-American studies in St. Paul, Minnesota; a program in Orlando, Florida, where churches are adopting neighborhood schools and listing the schools' needs in the Sunday bulletin to encourage their members to volunteer and assist; and a faith-based program called Kids Hope that provides mentors to students in desperate need of meaningful adult relationships and positive role models in Zeeland, Michigan.

For me, the remarks highlight key elements for our Center to emphasize as we work with faith-based and community leaders to move more and more students toward the President’s goal to have the highest-percentage of college-educated workers by the end of this decade.