Protecting the Gulf for Our Grandchildren

Today, President Obama travelled to the Gulf Coast region for the fourth time since the BP oil spill began in April.  The President began his trip in Gulfport, Mississippi, where he met with National Incident Commander Admiral Thad Allen and local officials to discuss efforts to fight the BP oil spill.  Later, the President had lunch with business owners in Gulfport, Mississippi, to discuss the impact the oil spill is having on tourism, fishing and other industries in the region.

Later in the afternoon the President travelled to Theodore, Alabama where he met with state and local officials and toured one of the 16 staging locations throughout the region that provide support for the ongoing cleanup efforts. The President delivered remarks in Theodore before boarding a ferry to Ft. Morgan, Alabama.  The President began his remarks by assuring residents of the Gulf Coast region that their way of live would be preserved for future generations:

Now, what I've heard from a number of local officials during my trip today is what I’ve heard from folks on each of the four visits that I’ve made to this region since the Deepwater Horizon explosion happened in April.  There’s a sense that this disaster is not only threatening our fishermen and our shrimpers and our oystermen, not only affecting potentially precious marshes and wetlands and estuaries and waters that are part of what makes the Gulf Coast so special -- there’s also a fear that it can have a long-term impact on a way of life that has been passed on for generations.

And I understand that fear.  The leaders and the officials who are with me understand it.  Governor Riley understands it.  He has been a regular presence on our daily coordinating calls, and a relentless advocate for Alabama throughout this process.  And we are absolutely committed to working with him and all the local officials who are behind us to do everything in our power to protect the Gulf way of life so that it’s there for our children and our grandchildren and our great-grandchildren. 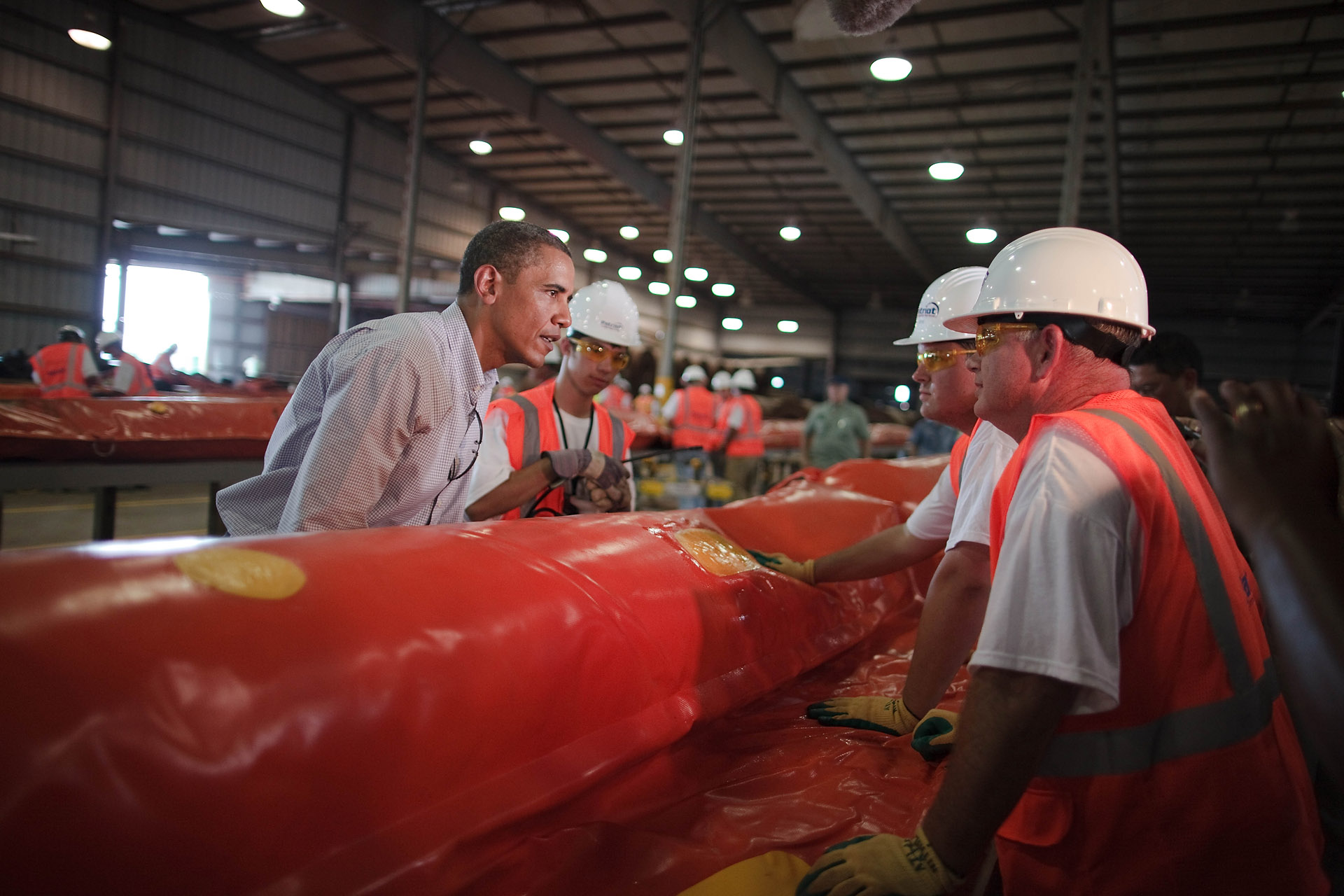 The President also addressed concerns about the safety of seafood from the Gulf of Mexico:

Dealing with the aftermath of this spill also means protecting the health and safety of the folks who live and work here in Theodore, here in Alabama, and here on the Gulf Coast.  As part of this effort, I’m announcing a comprehensive, coordinated, and multi-agency initiative to ensure that seafood from the Gulf of Mexico is safe to eat.  Now, I had some of that seafood for lunch and it was delicious.  But we want to make sure that the food industry down here as much as possible is getting the protect -- the protection and the certification that they need to continue their businesses.  So this is important for consumers who need to know that their food is safe, but it's also important for the fishermen and processors, who need to be able to sell their products with confidence.

So, let me be clear:  Seafood from the Gulf today is safe to eat.  But we need to make sure that it stays that way.  And that’s why, beyond closing off waters that have been or are likely to be exposed to oil, the FDA and the National Oceanic and Atmospheric Administration are increasing inspections of seafood processors, strengthening surveillance programs, and monitoring fish that are caught just outside of restricted areas.  And we’re also coordinating our efforts with the states, which are implementing similar plans.

The President concluded his remarks by assuring the residents of the Gulf Coast region that the Administration would not rest until their lives and livelihoods had been returned to normal. 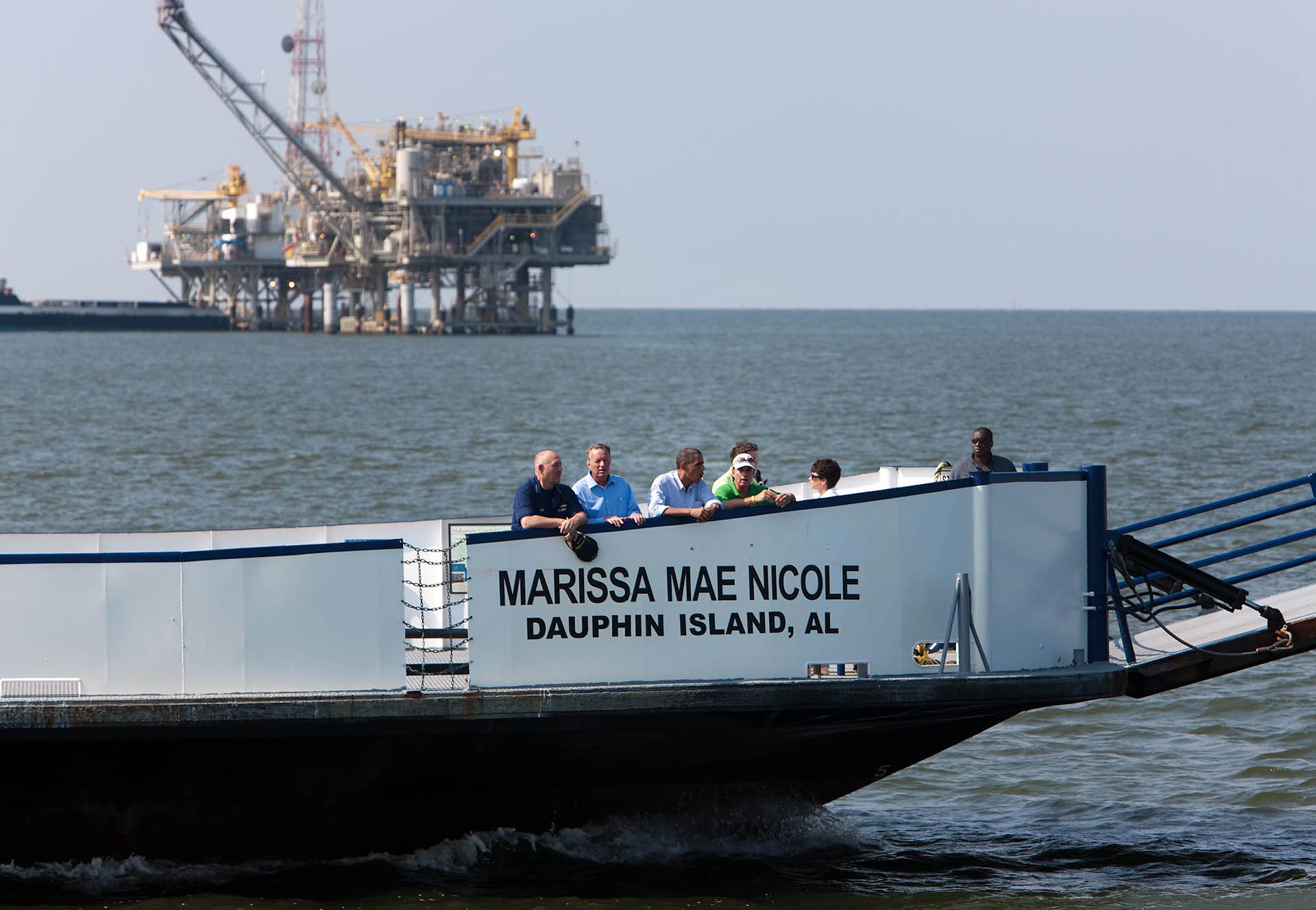