Recovery Summer: Solar Energy and Recovery Act-funded Building is Powering Our Economy and Our Pride

June 17, 2010 at 7:37 PM ET by GSA Administrator Martha Johnson
Twitter Facebook Email
Summary:
GSA Administrator Martha Johnson discusses the new solar roof at the Philadelphia Veterans Affairs Regional Office and Information Center as part of the Summer of Recovery.
The future of our economy will be built on green foundations.  The evidence of this is clear in the projects funded by the Recovery Act, and the General Services Administration has committed itself to working towards a federal government with a zero environmental footprint.

Today, I walked the roof of the Philadelphia Veterans Affairs Regional Office and Information Center to view the solar panels that local contractors have recently installed as a result of funding under the American Recovery and Reinvestment Act.  I met roofers, electricians, and solar panel manufacturers who were eager to tell me about the boost this project has brought to their businesses. The skills they’ve honed here will give such workers the competitive edge and innovative posture to attract and develop new products, services and markets.

I also learned about the placement of the panels with respect to the sun, the special finish to the roof allowing for proper reflection, and the weights placed around each panel to secure them without puncturing the roof.  The ingenuity and pride of American business were on display, and we at the GSA were delighted to take a moment to applaud. 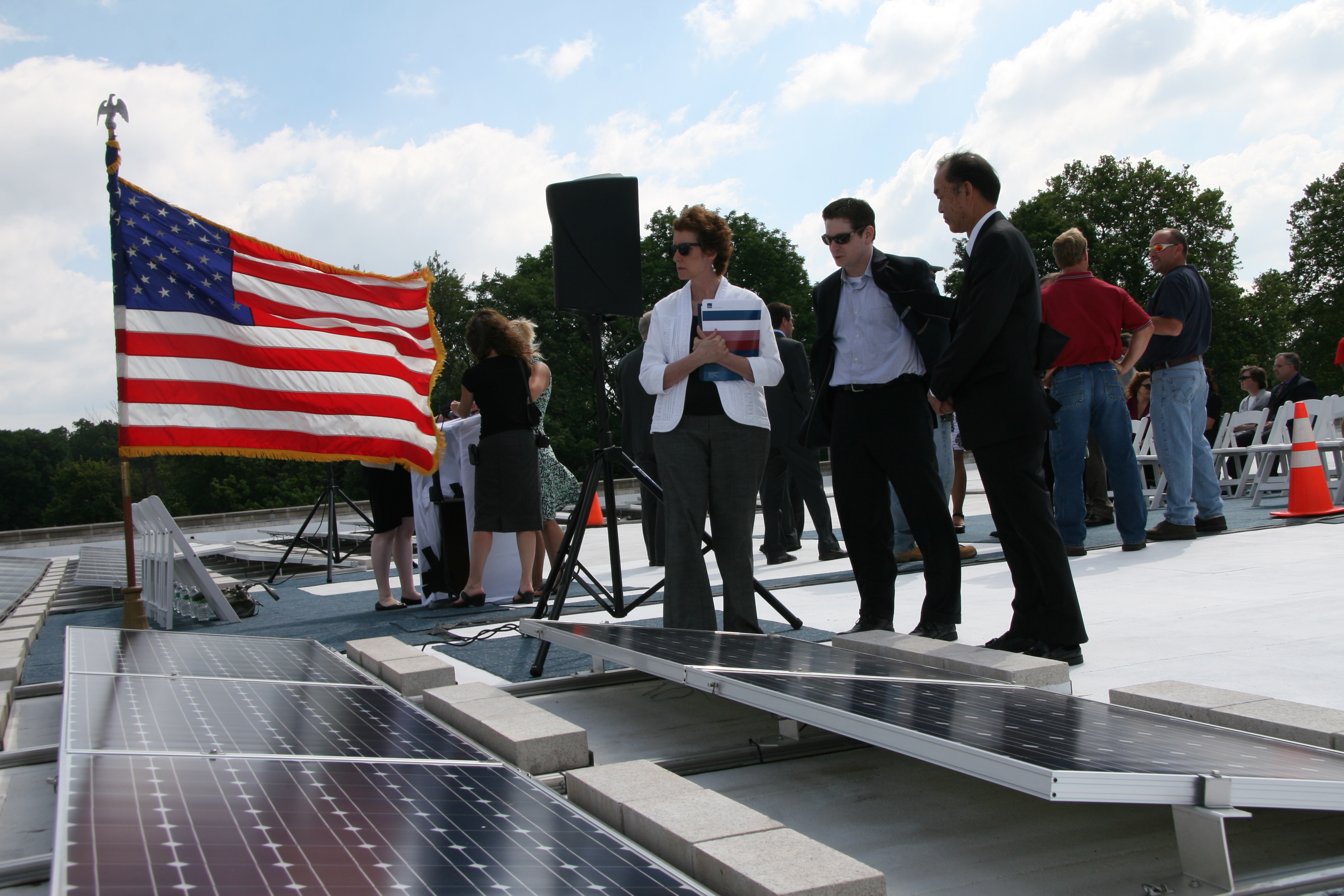 But this isn’t an isolated story.  Across the country we are realizing the impact of the Recovery Act which was designed to cushion the greatest economic crisis since the Great Depression. This project, along with many others in Philadelphia and across the country, is literally powering our country and economy towards a brighter – and a greener – future. In July 2010, 218 federal building construction projects will be active compared to 55 such projects at this time last year.  That’s nearly four times as many as last year.  Many of these jobs are focused on green and sustainable construction, retrofitting, and modernization.

GSA is using Recovery Act funds to install solar power arrays at dozens of Federal buildings nationwide, increasing the agency's solar power generation by 550%. By Labor Day, GSA will put people to work building 31 solar energy projects that will generate a total of 12 megawatts of renewable solar power capacity -- enough to power 1,600 homes, and equivalent to removing 2,500 cars from the road. This summer will be the most active season of Recovery Act projects yet, moving us all forward.

From a roof in Philadelphia, we can see the effects of the Recovery Act --innovation, job creation, new infrastructure – and a new sense of energy.  You could say it is solar-powered energy.
Martha Johnson is Administrator of General Services