Retuning the Bad Rap for BABs

June 17, 2010 at 6:10 PM ET by Alan B. Krueger
Twitter Facebook Email
Summary:
Alan B. Krueger, Assistant Secretary for Economic Policy and Chief Economist, U.S. Department of the Treasury, explains what some recent reporting has been missing on a successful Recovery Act program, Build America Bonds (BABs).

Some recent press coverage has provided a misleading picture about a successful Recovery Act program, Build America Bonds (BABs).  BABs have proven to be an effective financing tool that have enabled municipalities fund critical infrastructure projects at a time when they were facing severe financing challenges.

A New York Times piece this week, for example, argued that, “Wall Street banks are charging larger commissions for selling Build America Bonds than they do for normal municipal bonds.”  While this was true when the program first started, BABs underwriting fees have declined over time and in the past few months have fallen in line with those for tax-exempt bonds (see chart below).  There are economic reasons why BABs underwriting fees may have started out high and then come down: underwriters took on risk with a new product and had to bear start-up costs and devote resources to educate investors for their initial offerings.  Regardless of the reasons, competition appears to have lowered fees substantially.

More importantly, BABs have saved money for taxpayers in virtually every state, even taking into account underwriting fees.  BABs issued to date have saved state and local governments more than $12 billion in borrowing costs, which exceeds the subsidy cost to Treasury.  Furthermore, by attracting new investors to municipal bonds, BABs have also helped to relieve the supply pressures in the municipal bond market and lowered borrowing costs.

Recent coverage also exaggerates the risks to issuers of using BABs.  BABs subsidy payments are only offset if the issuer is seriously delinquent in paying money owed to the federal government, and less than two percent of payments have been offset to pay delinquent taxes so far.  Such offsets are required by federal law, and apply to other programs in addition to BABs.  The possibility of offsets has been clear from the beginning of the program, and BABs remain very popular among municipalities and investors.  It’s unfortunate if a state chose to forego the opportunity to save its taxpayers millions of dollars simply to avoid paying overdue taxes to the federal government.

Let’s not forget:  BABs provide a valuable investment opportunity for all investors, regardless of their income.  Traditional tax-exempt bonds, by contrast, are more valuable for high-income investors because they reap a larger tax advantage.

The Administration is constantly looking for ways to improve the BABs program, but it is important that we not throw out the BABs with the bathwater. 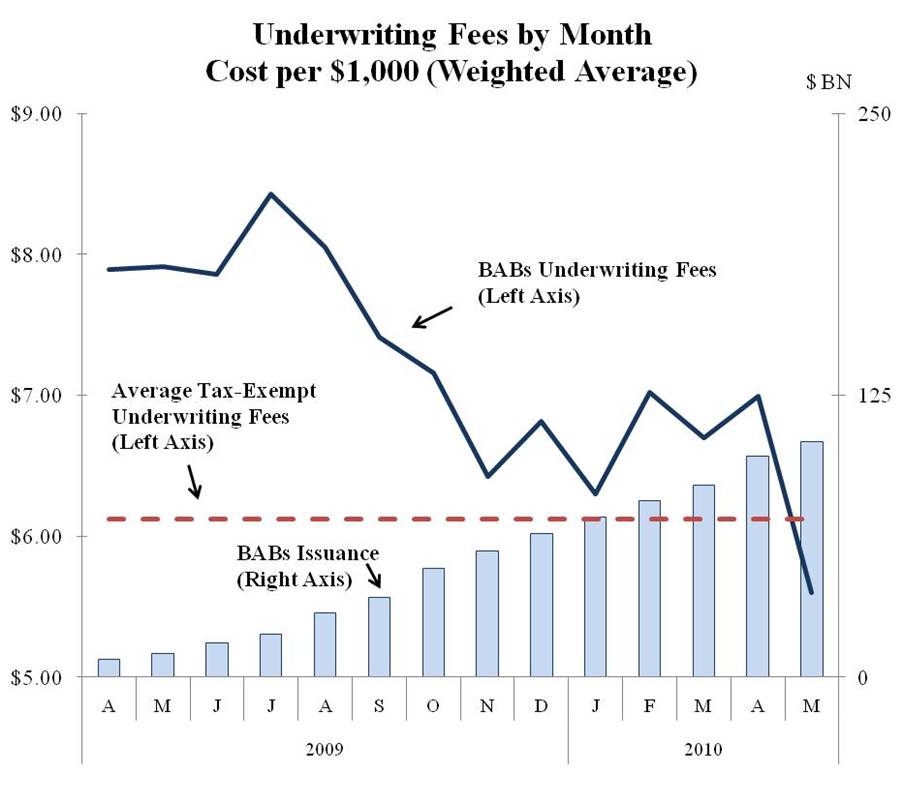 Alan B. Krueger is Assistant Secretary for Economic Policy and Chief Economist, U.S. Department of the Treasury