Ed. Note: Make sure to check out our new Summer of Recovery map of the country that shows the jobs that have been saved or created in every state across the country, and which we will be updating with local stories throughout the summer.  Citizens can even let us know if they see stories in their local news we should add.  Scroll around and dig in.

Welcome, everyone, to the Summer of Recovery!

And what better way to kick off a season of renewed American infrastructure and good-paying American jobs than to have the honor of joining President Obama in Columbus, Ohio. Together, we celebrated the groundbreaking of the 10,000th roadway project underway thanks to the American Recovery and Reinvestment Act.

Now, 10,000 road projects underway from a single stimulus--that's an accomplishment right there. But how about the fact that DOT helped get all of those projects underway in just the 16 months since President Obama signed the Recovery Act into law?

And, let's remember that every single one of those projects creates many, many job opportunities--with some single projects employing thousands. In fact, in the first quarter alone, Recovery Act funded highway projects created 17,000 jobs. 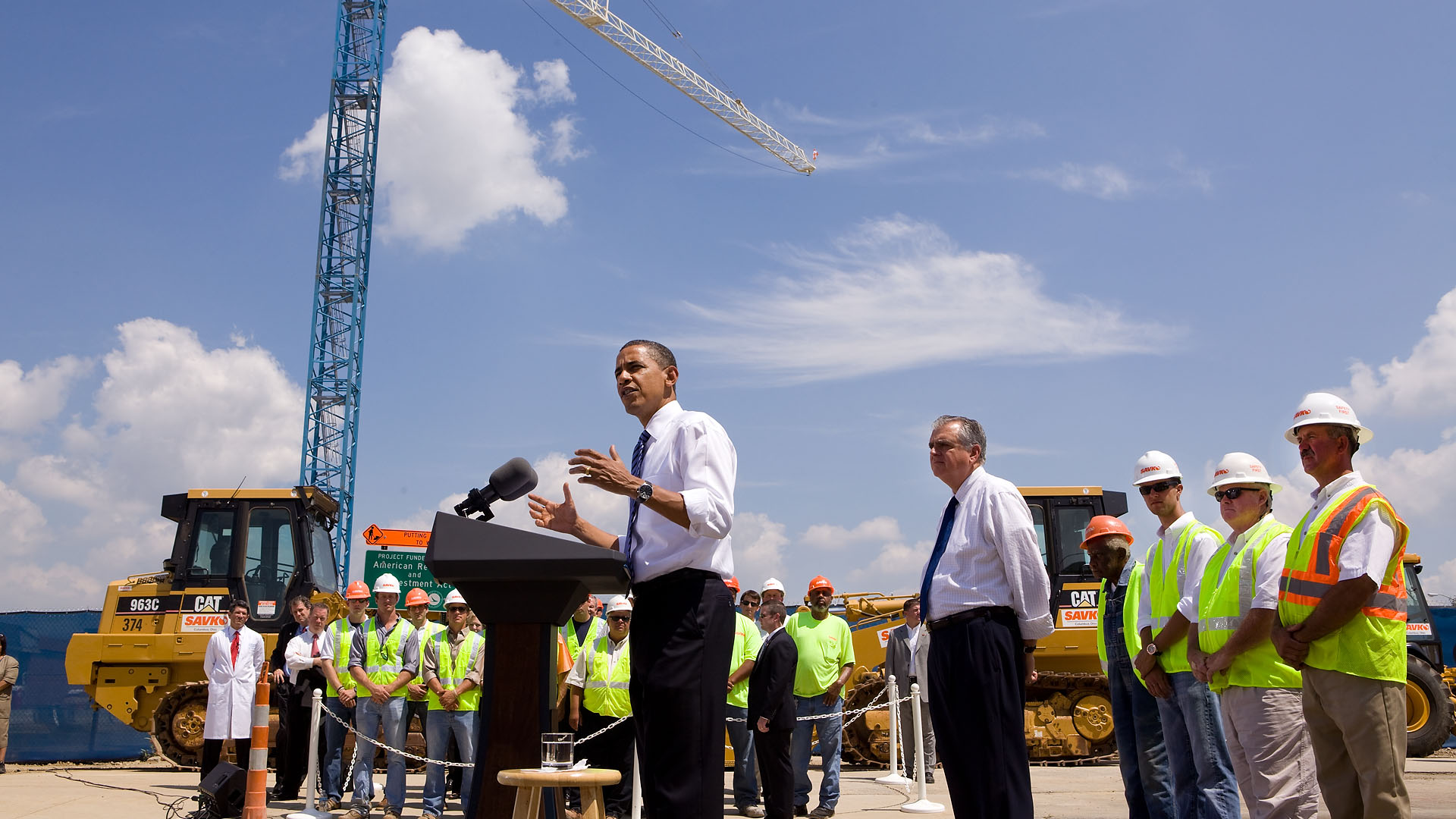 President Barack Obama, with Transportation Secretary Ray LaHood, delivers remarks following his tour of the Parsons and Livingston Avenue construction site in Columbus, Ohio, June 18, 2010. The President is in Columbus to tour the site of the 10,000th Recovery Act road project to get underway. The road improvement project is expected to create over 300 construction jobs and will contribute to the broader economic development effort underway in the area around the Nationwide Children’s Hospital. (Official White House Photo by Pete Souza)

Last July, we were excited about having 1,750 road projects under construction. This July, we're talking about nearly 11,000 projects working to improve nearly 30,000 miles of roadway.

So, just as it was designed to do, the Recovery Act continues to pay dividends for American infrastructure and American workers.

And it will continue to do so, with the total number of stimulus-funded jobs expected to rise from 2.5 million as of May to 3.5 million by the end of this year.

Look, we know that, for families with unemployed workers, there is still a recession, and the only economic indicator that matters is that paycheck. That's why this summer DOT is working at a fever pitch to help the states transform the funds we've awarded them into action. 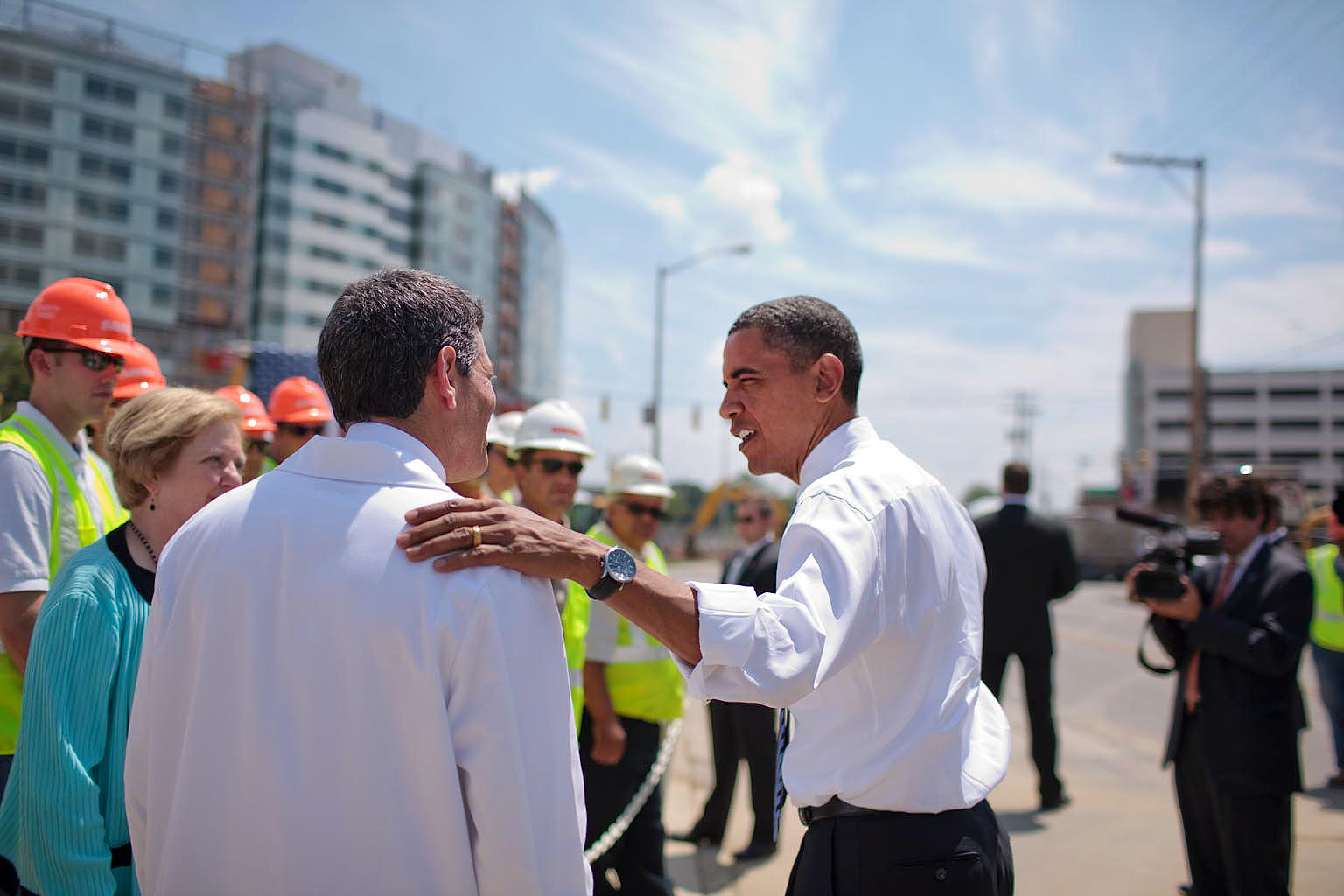 President Barack Obama greets people in the audience following remarks at the Parsons and Livingston Avenue construction site in Columbus, Ohio, June 18, 2010. The 10,000th Recovery Act road project to get underway is expected to create over 300 construction jobs and will contribute to the broader economic development effort underway in the area around the Nationwide Children's Hospital. (Official White House Photo by Chuck Kennedy)

Now, the project President Obama broke ground on today in Columbus is a terrific example of the dividends the Recovery Act is paying across America.

The Parsons and Livingston Avenue Improvement Project near Nationwide Children's Hospital will use a local contractor and will support over 300 jobs.

And, at only $15 million, the project is nearly $10 million under its anticipated budget of $24.9 million.

When funding for the public-private partnership was in jeopardy because of the economic downturn, the stimulus funds provided by the Obama Administration for Parsons and Livingston Avenues ensured that Nationwide Children's would move forward with its expansion, itself bringing 2,000 new jobs to the Columbus area.

In addition to better access to the hospital, the roadway improvements will provide a safer environment for the surrounding community.

So, we're looking at over 300 jobs, a safer community, economic development, a hospital expansion allowed to continue, better access to what is becoming the nation's second-largest children's hospital, and a project that is a whopping 40% under budget.

That is how this DOT kicks off the Summer of Recovery.