June 24, 2010 at 6:08 PM ET by Jesse Lee
Twitter Facebook Email
Summary:
President Obama and President Medvedev of Russia continue ntheir work on issues ranging from the New START Treaty and nuclear proliferation, to North Korea, to Kyrgyzstan, to energy and the environment.

It may be that no relationship has seen greater progress and been more productive over the past two years than that between the U.S. and Russia. As one of his earliest foreign policy priorities, the President sought to “reset” relations with Russia and reverse what he called a “dangerous drift.”

Every meeting of the two presidents has been preceded by countless hours of preparation and negotiations, helping to ensure that tangible steps forward could be taken on issues ranging from the New START Treaty and nuclear proliferation, to North Korea, to Kyrgyzstan, to energy and the environment. President Obama and President Medvedev spent much of the day in meetings, along with lunch at Ray's Hell Burger in Virginia and at the U.S.–Russia Business Summit at the U.S. Chamber of Commerce. At a joint press conference afterwards, the President explained how two nations who once saw each other as primary security threats to each other were now helping to keep the entire world safe:

Together, our nations have deepened our cooperation against violent extremism, as terrorists threaten both our people, be it in Times Square or in Moscow.  And today we’ve agreed to expand our cooperation on intelligence and counterterrorism.  Russian transit routes now play a vital role in supplying American and NATO forces in Afghanistan.  And to prevent terrorists from acquiring nuclear weapons, we came together at our Nuclear Security Summit, where our two nations made numerous commitments, including agreeing to eliminate enough plutonium for about 17,000 nuclear weapons.

Together, we’ve coordinated our efforts to strengthen the global economic recovery through the G20 -— work that we will continue in Toronto this weekend.  And today we agreed to continue closely to coordinate our diplomatic and humanitarian efforts following the tragic outbreak of ethnic violence in Kyrgyzstan.

Our two countries continue to disagree on certain issues, such as Georgia, and we addressed those differences candidly.  But by moving forward in areas where we do agree, we have succeeding in resetting our relationship, which benefits regional and global security.  This includes, I would note, a change in the attitudes among the Russian people, who today have a far more favorable view of the United States, and that, in turn, creates more space for additional partnership.

Indeed, this has been the real focus of our work today and of President Medvedev’s visit -- not simply resetting our relationship, but also broadening it.  Because 20 years after the end of the Cold War, the U.S.-Russian relationship has to be about more than just security and arms control.  It has to be about our shared prosperity and what we can build together. 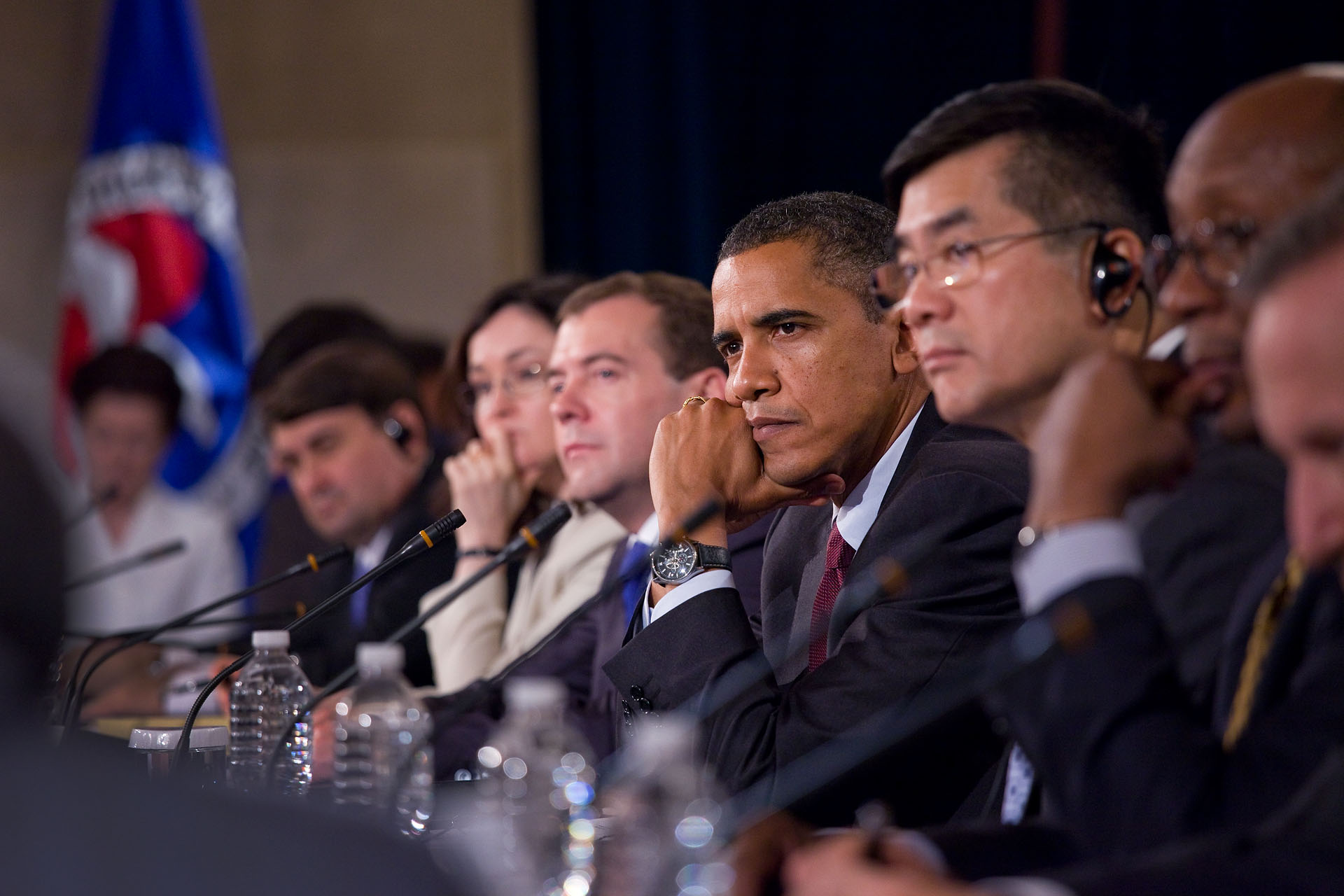 The President opened his remarks calling today “an opportunity to return the wonderful hospitality that the President, Mrs. Medvedev, and the Russian people showed me and my family during our visit to Moscow one year ago.” One of our first behind-the-scenes videos abroad was from that President– still well worth a watch: