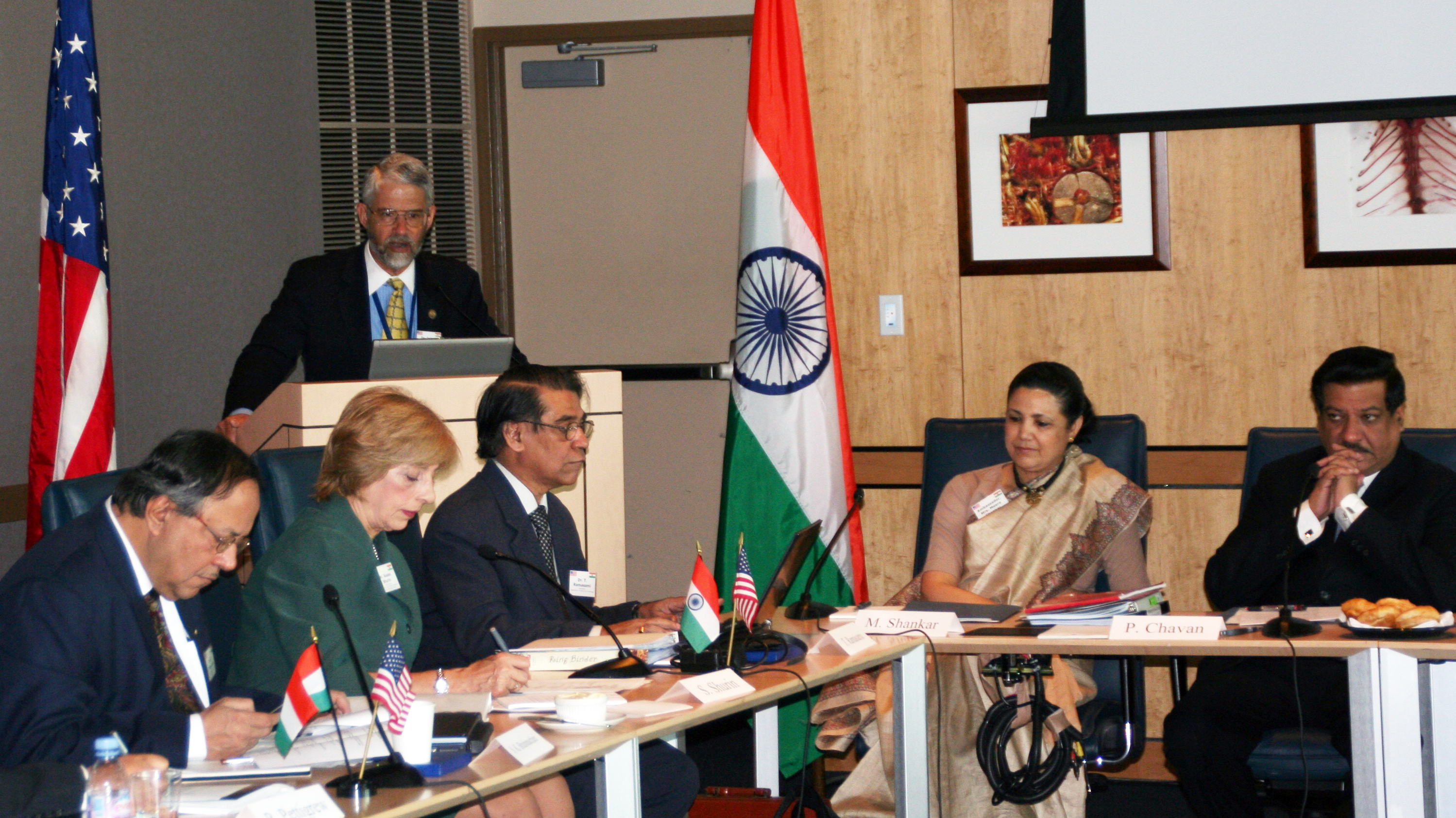 A flurry of international collaborative work on science and technology reached an apex yesterday as OSTP Director John P. Holdren co-chaired an historic U.S.-India Joint Commission Meeting (JCM) on Science and Technology Cooperation. Dr. Holdren joined Shri Prithviraj Chavan, India's Minister of Science, Technology, and Earth Sciences, along with other dignitaries from the US and Indian governments, in an all-day meeting at the Smithsonian Museum of Natural History in Washington, DC, where a number of cooperative initiatives were discussed. Additional meetings between the two countries continued today.

President Obama has made clear that one of his top priorities is enhancing US cooperation with its global partners, especially on science and technology, and this JCM was just one of several international collaborative meetings Dr. Holdren has taken part in recently.

Additionally, following a week-long trip to Japan and South Korea in mid-June to engage in S&T collaborative dialogues there, Dr. Holdren met with a delegation from Egypt here in Washington, to discuss science, technology, engineering and mathematics education, among other topics.

Yesterday’s US-India JCM had many goals, but first and foremost was the establishment of a new S&T dialogue between the two countries. Opening remarks by Dr. Holdren and Minister Chavan set the stage for what was a fruitful day of discussion that had many agencies, disciplines, and viewpoints represented.

The meeting may have concluded with an 8 p.m. dinner, but the opportunities for cooperation have only just begun. As President Obama said at the National Academy of Sciences in April 2009, "[M]y administration is ramping up participation in—and our commitment to—international science and technology cooperation across the many areas where it is clearly in our interest to do so."

Dr. Holdren’s recent string of high-level international meetings attest to the commitment by OSTP and all the science- and technology-based Federal agencies to fulfill the President’s call to action.