Closing Out the G-20 Summit in Toronto

If you're looking for more information on the G-20 Summit in Toronto, we've got plenty to keep you busy, including the Declaration that lays out the enormously broad spectrum of issues that were addressed: 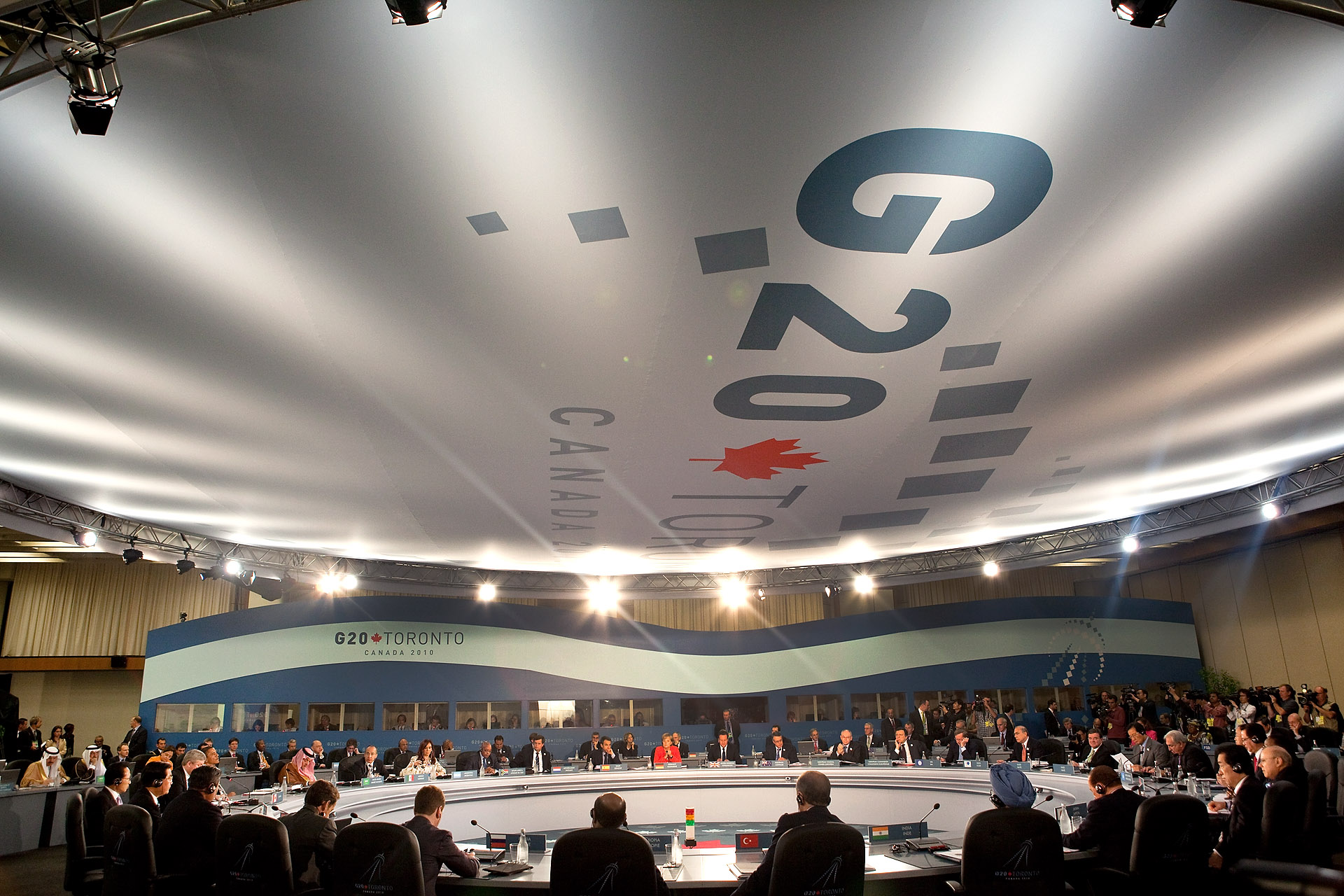 At a press conference yesterday evening, the President laid out the progress a bit more concisely and eloquently:

The G20 is now the premier forum for international economic cooperation.  We represent East and West, North and South, advanced economies and those still emerging.  Our challenges are as diverse as our nations.  But together we represent some 85 percent of the global economy, and we have forged a coordinated response to the worst global economic crisis in our time.

In London last year, we took unprecedented action to prevent an even larger economic catastrophe, to put our economies on the path to recovery and to begin reforming our financial system so that a crisis like the one we were emerging from never happened again.

In Pittsburgh we went further —- moving beyond the old economic cycles of boom and bust by committing our nations to a new framework for growth that’s balanced and sustained, as well as specific financial reforms.

Our bold action has succeeded.  In the United States, we are committed, above all, to leading by example, and because of the steps that we’ve taken to get our economy moving, we are growing again, and this growth is beginning to translate into job creation.  And we’re now poised to pass the toughest financial reform since the aftermath of the Great Depression.

Globally, economic contraction has given way to economic growth.  Trade that had plummeted is rebounding.  Emerging economies in particular are seeing impressive growth.  So we have pulled ourselves back from the brink, and begun to move forward with economic recovery.

But as we all know, that’s not good enough.  In the United States and around the world, too many people are still out of work.  In too many economies, demand for goods and services is still too weak.  As we’ve been reminded in recent months, a financial crisis in one country can have consequences far beyond its borders.  And history teaches us that growth and prosperity is never guaranteed.  It requires constant effort and it requires continued leadership.

So we came to Toronto with three specific goals:  to make sure the global recovery is strong and durable; to continue reforming the financial system; and to address the range of global issues that affect our prosperity and security.  And we made progress in each of these areas.

First, to ensure the recovery is strong and durable, we agreed to continue coordinating our efforts so we’re creating jobs.  That’s my highest economic priority as President.  And that is why we are focused on increasing global demand.  Every economy is unique, and every country will chart its own unique course, but make no mistake —- we are moving in the same direction.

As I reiterated to my colleagues, after years of taking on too much debt, Americans cannot —- and will not —- borrow and buy the world’s way to lasting prosperity.  No nation should assume its path to prosperity is simply paved with exports to the United States.  Indeed, I’ve made it clear that the United States will compete aggressively for the jobs and industries and markets of the future.

That’s why I’ve set the goal of doubling our exports over the next five years —- an increase that would support millions of jobs in the United States.  It’s why I’ve launched a National Export Initiative to help meet this goal.  It’s why we focused earlier this week on deepening our economic cooperation with Russia -– which would benefit both of our countries -– including restarting our poultry exports, and accelerating our efforts to support Russia’s entry into the WTO.

That's why I announced that my administration will work to resolve outstanding issues regarding the United States-Korea free trade agreement by the time that I visit Korea in November.  This will create new jobs and opportunity for people in both our countries, and enhance America’s competitiveness in the 21st century.

A strong and durable recovery also requires countries not having an undue advantage.  So we also discussed the need for currencies that are market-driven.  As I told President Hu yesterday, the United States welcomes China’s decision to allow its currency to appreciate in response to market forces.  And we will be watching closely in the months ahead.

And because a durable recovery must also include fiscal responsibility, we agreed to balance the need for continued growth in the short term and fiscal sustainability in the medium term.  In the United States, I’ve set a goal of cutting our deficit in half by 2013.  A number of our European partners are making difficult decisions, but we must recognize that our fiscal health tomorrow will rest in no small measure on our ability to create jobs and growth today.

Here in Toronto, we reaffirmed our commitment to the highest global standards.  To maintain momentum, we directed our teams to finalize for our meeting in Seoul a global framework to ensure that banks hold enough capital to withstand the stresses of government intervention.  Rules must be clear.  Oversight must be strong.  Complex trades -— like derivatives -— must be brought into the light of day.  Excessive risk-taking and abusive practices must be prevented.  Consumers must be protected.  In short, we have to do everything in our power to avoid a repeat of the recent financial crisis.

Finally, we made progress on a range of global challenges that are critical to shared prosperity.  We’re moving forward with the food security initiative that we announced last year, including by launching a special fund at the World Bank, which will strengthen farmers' productivity in the poorest countries. And we made progress toward a new coordinated approach so that we can invest more than $20 billion to reduce hunger and promote agricultural development.

The G20 leaders renewed our commitment, made in Pittsburgh, to phase out fossil fuel subsidies.  The United States has laid out our plans for achieving this goal, and we’re urging our G20 partners to do so as well.  This would be one of the most important steps we can take to create clean energy jobs, increase our energy security and address the threat of climate change.

And I’m pleased we endorsed my proposal to broaden the G20 agenda to include the fight against corruption.  In too many places, the culture of the bribe is a brake on development and prosperity.  It discourages entrepreneurship, destroys public trust, and undermines the rule of law while stifling economic growth.  With a new commitment to strengthening and enforcing rules against corruption, economic opportunity and prosperity will be more broadly shared.

Let me conclude by saying that I know that much of the focus coming into these meetings was on whether our nations would be divided by different approaches.  But as we’ve proven repeatedly over the past 18 months, our nations can -- and have -- come together through the G-20 to build on the foundation of our shared interests.  Indeed, that’s the purpose of these meetings. We can bridge our differences.  We can coordinate our approaches. And we can continue our relentless focus on durable growth that puts our people to work, and broadens prosperity for the world. 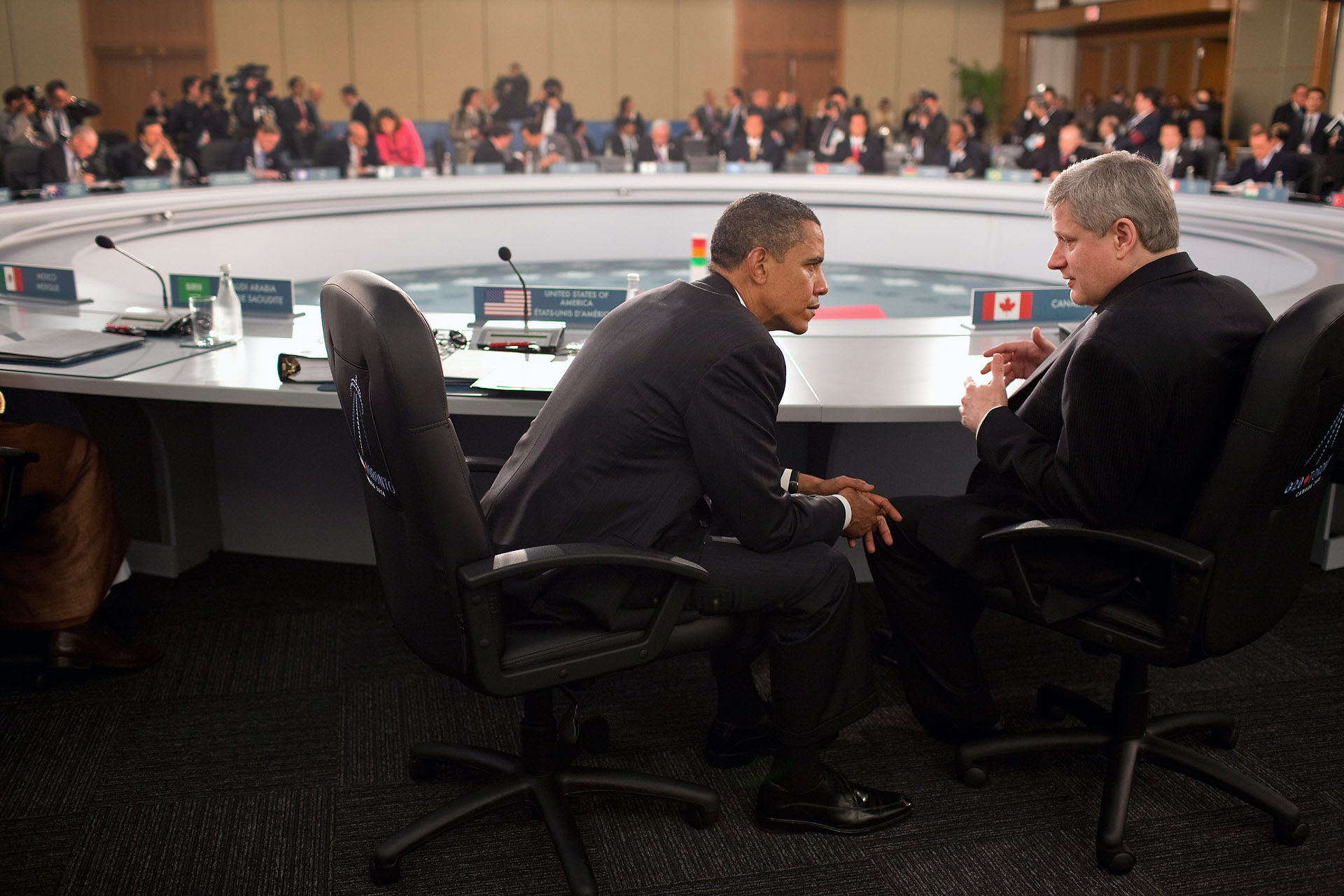