The President in Wisconsin: Who's Helping and Who's Hurting on the Economy

June 30, 2010 at 6:46 PM ET by Jesse Lee
Twitter Facebook Email
Summary:
The President talks about his work to strengthen the economy, and the help, or lack thereof, he's been getting from some in Congress.
[[nid:14118]]

“I know that towns like Racine are still hurting from this recession,” said the President at a town hall in Wisconsin today.  “This city has the second-highest unemployment rate in the state, and I can only imagine how much pain that’s caused and how many lives have been upended.”  It was something he hears about all the time, he said, and something he still thinks about when he’s not hearing about it.

He made clear though the Recovery Act saved or created as many as 2.8 million jobs, and even though the economy is growing again, that’s little comfort for those still hurting and that’s no reason for him to rest:

And that’s why I’ve been fighting, in addition to everything we’ve done, for additional steps to speed up this recovery and keep the economy growing.  We want an extension of unemployment benefits for workers who lost their job through no fault of their own.  (Applause.)  We want to help small business owners get the loans they need to keep their doors open and hire more workers.  (Applause.)  We want relief for struggling states so they don’t have to lay off thousands of teachers and firefighters and police officers.  (Applause.) 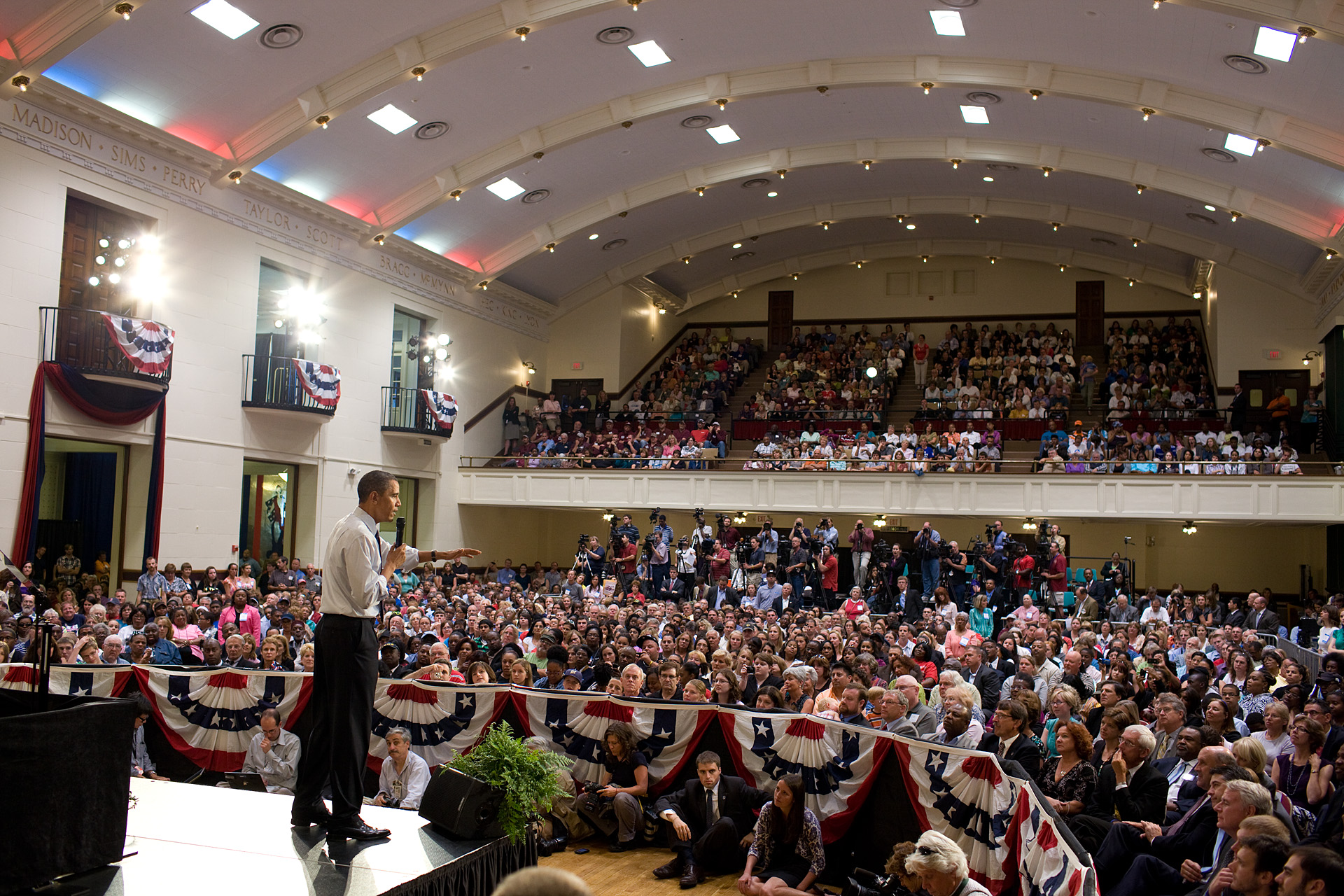 He went on to put the truth on the table about who’s been helping, and who’s been hurting in the effort to get our economy right:

Now, you’d think this would be pretty straightforward stuff, but I’ve got to say that lately we’ve been having to wrangle around what used to be pretty noncontroversial things -- providing loans for small businesses, extending unemployment insurance when 8 million people lost their jobs during the recession.  But lately, there’s a minority of senators from the other party who’ve had a different idea.  As we speak, they are using their power to stop this relief from going to the American people.  And they won’t even let these measures come up for a vote.  They block it through all kinds of procedural maneuvering in the Senate.

Now, some of this is just politics.  That’s the nature of Washington.  Before I was even inaugurated, there were leaders on the other side of the aisle who got together and they made the calculation that if Obama fails, then we win.  Right -- that was the basic theory.  They figured if we just keep on saying no to everything and nothing gets done, then somehow people will forget who got us into this mess in the first place and we’ll get more votes in November.  (Applause.)  And, you know, that will make people pretty cynical about politics.

Now, let’s be fair though.  The other party’s opposition is also rooted in some sincere beliefs about how they think the economy works.  They think that our economy will do better if we just let the banks or the oil companies or the insurance industry make their own rules.  They still believe that, even after the Wall Street crash, even after the BP oil well blew, that we should just keep a hands-off attitude.  They think we should keep doing what we did for most of the last decade leading up to the recession.

So their prescription for every challenge is pretty much the same -- and I don’t think I’m exaggerating here -- basically cut taxes for the wealthy, cut rules for corporations, and cut working folks loose to fend for themselves.  Basically their attitude is, you’re on your own.

He hit back particularly hard at one attack that came from the top Republican in the House just yesterday:

But I have to tell you, you would think this would be a bipartisan issue -- don't you?  I mean, you’d think everybody would say, all right, what we were doing, that didn’t work; we've really got to tighten things up a little bit.  But right now most of our friends on the -- in the other party are planning to vote against this reform.  The leader of the Republicans in the House said that financial reform was like -- I'm quoting here -- “using a nuclear weapon to target an ant.”  That’s what he said.  He compared the financial crisis to an ant.  This is the same financial crisis that led to the loss of nearly 8 million jobs.  The same crisis that cost people their homes, their life savings.

He can't be that out of touch with the struggles of American families.  And if he is, then he’s got to come here to Racine and ask people what they think.  (Applause.)  Do you think we should fix -- I mean, maybe I'm confused.  Do you think that the financial crisis was an ant and we just needed a little ant swatter to fix this thing?  Or do you think that we need to restructure how we regulate the financial system so you aren’t on the hook again and we don't have this kind of crisis again?  (Applause.)