July 2, 2010 at 9:30 AM ET by Christina Romer
Twitter Facebook Email
Summary:
Private nonfarm payroll employment increased by 83,000 in June and the unemployment rate fell two-tenths of a percentage point to 9.5%.

Today’s employment report shows continued signs of gradual labor market recovery.  Private nonfarm payroll employment increased by 83,000 in June and the unemployment rate fell two-tenths of a percentage point to 9.5%.  June marks the sixth month in a row that private sector employment has increased.  These continued signs of healing are important, particularly given the recent volatility in world markets and the mixed behavior of other recent economic indicators.  However, much stronger job gains are needed to repair the damage caused by the financial crisis and put the millions of unemployed Americans back to work.

Employment gains were spread broadly across industries.  The biggest gains were in professional and business services (including an increase of 20,500 in temporary help services), leisure and hospitality, and education and health.  Manufacturing also added employment for the sixth month in a row.  Besides the decline in Federal employment related to the Census, the industries losing jobs were construction, finance, information, and state and local government.  Average weekly hours for all employees on private nonfarm payrolls also declined one-tenth of an hour in June.  Hours, however, are still up four-tenths from their low in October 2009.

The unemployment rate fell two-tenths of a percentage point for the second month in a row.  At 9.5%, the unemployment rate is now six-tenths of a percentage point below its high last year.  However, the drop in the unemployment rate was driven in large part by a substantial decline in the labor force, which we expect to be reversed as employment prospects continue to improve.  The household survey also found that the number of workers working part-time for economic reasons declined substantially for the second month in a row.  The number of such workers has fallen 525,000 over the past two months.

While this report suggests a continuation of gradual labor market repair, it is important to emphasize the magnitude of the damage that remains from the recession.  Payroll employment is still down 7.5 million from its pre-recession peak and the unemployment rate is more than 5 percentage points above its pre-recession low.  It is essential that we focus on accelerating job growth.  That is why the President continues to work with the Congress to pass targeted jobs measures such as an extension of emergency unemployment insurance, a program for small business lending that will enable small firms to get the credit they need to expand and create jobs, and more aid for troubled state and local governments to prevent layoffs of teachers, firefighters, and police.  These are fiscally responsible measures that would have a substantial impact on the rate of job growth.

As always, it is important not to read too much into any one monthly report, positive or negative. The monthly employment and unemployment numbers are volatile and subject to substantial revision. Emphasis should be placed on persistent trends rather than month-to-month fluctuations. 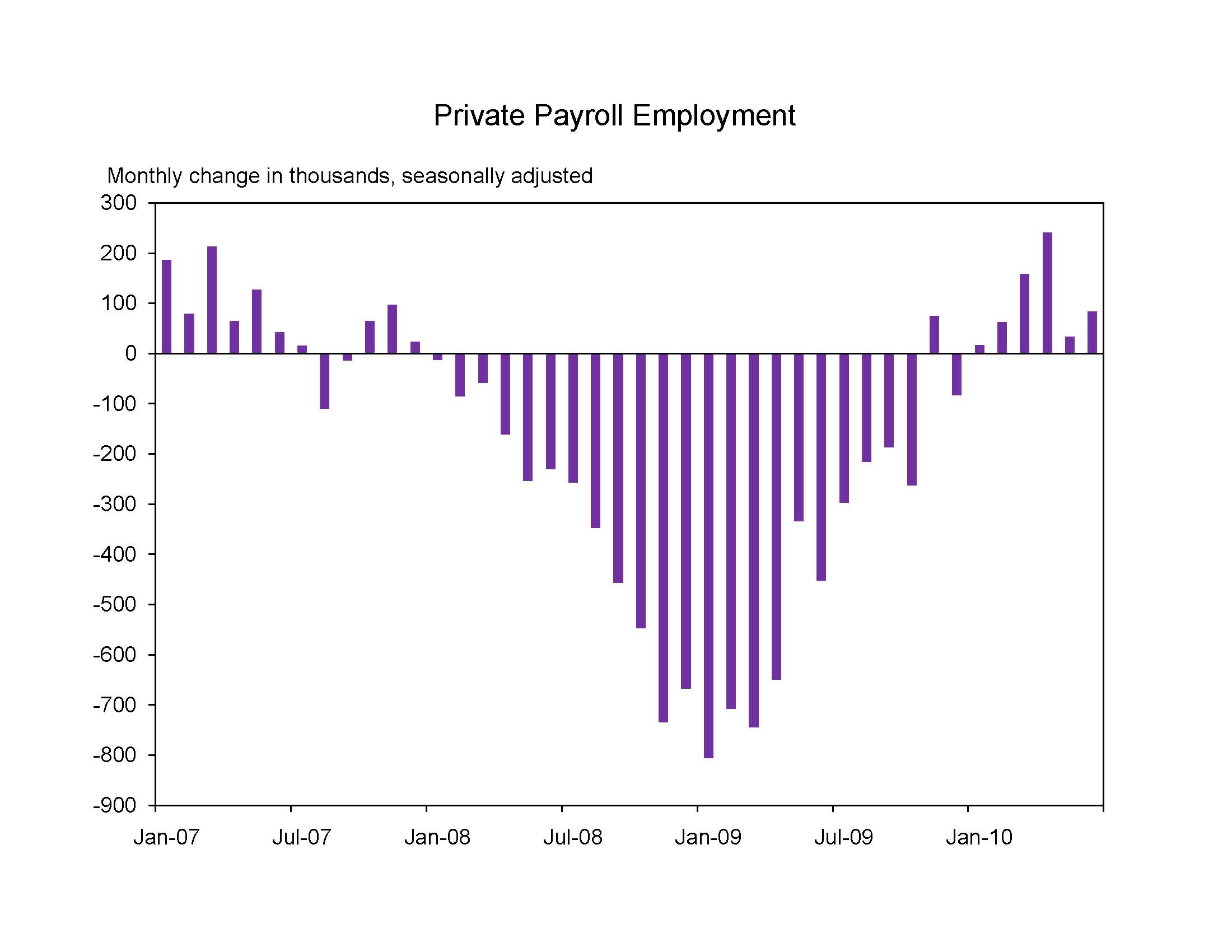 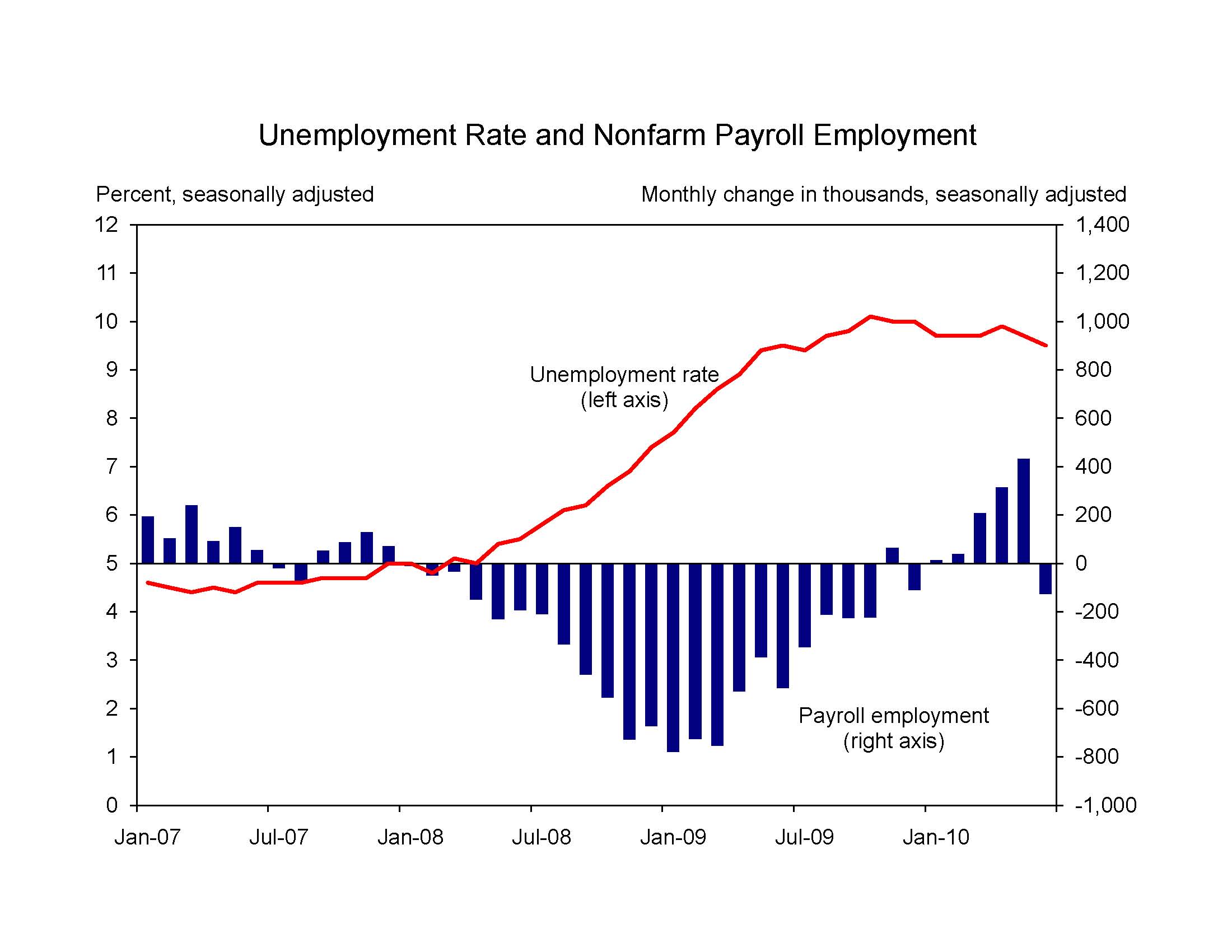