The President welcomed Prime Minister Netanyahu today for some intensive work – a one-on-one meeting and a working lunch.  Between the two, both men addressed the press briefly from the Oval Office.  Both exchanged kind words for each other, and pledged unequivocally to “work together in the coming months and years to protect our common interests, our countries, our peoples, against new threats,” as the Prime Minister put it.  He added that "the President said it best in his speech in Cairo.  He said in front of the entire Islamic world, he said, the bond between Israel and the United States is unbreakable.  And I can affirm that to you today."

In the President's opening remarks, he touched on the events in Gaza:

During our discussions in our private meeting we covered a wide range of issues.  We discussed the issue of Gaza, and I commended Prime Minister Netanyahu on the progress that's been made in allowing more goods into Gaza.  We've seen real progress on the ground.  I think it’s been acknowledged that it has moved more quickly and more effectively than many people anticipated.

Obviously there’s still tensions and issues there that have to be resolved, but our two countries are working cooperatively together to deal with these issues.  The Quartet has been, I think, very helpful as well.  And we believe that there is a way to make sure that the people of Gaza are able to prosper economically, while Israel is able to maintain its legitimate security needs in not allowing missiles and weapons to get to Hamas. 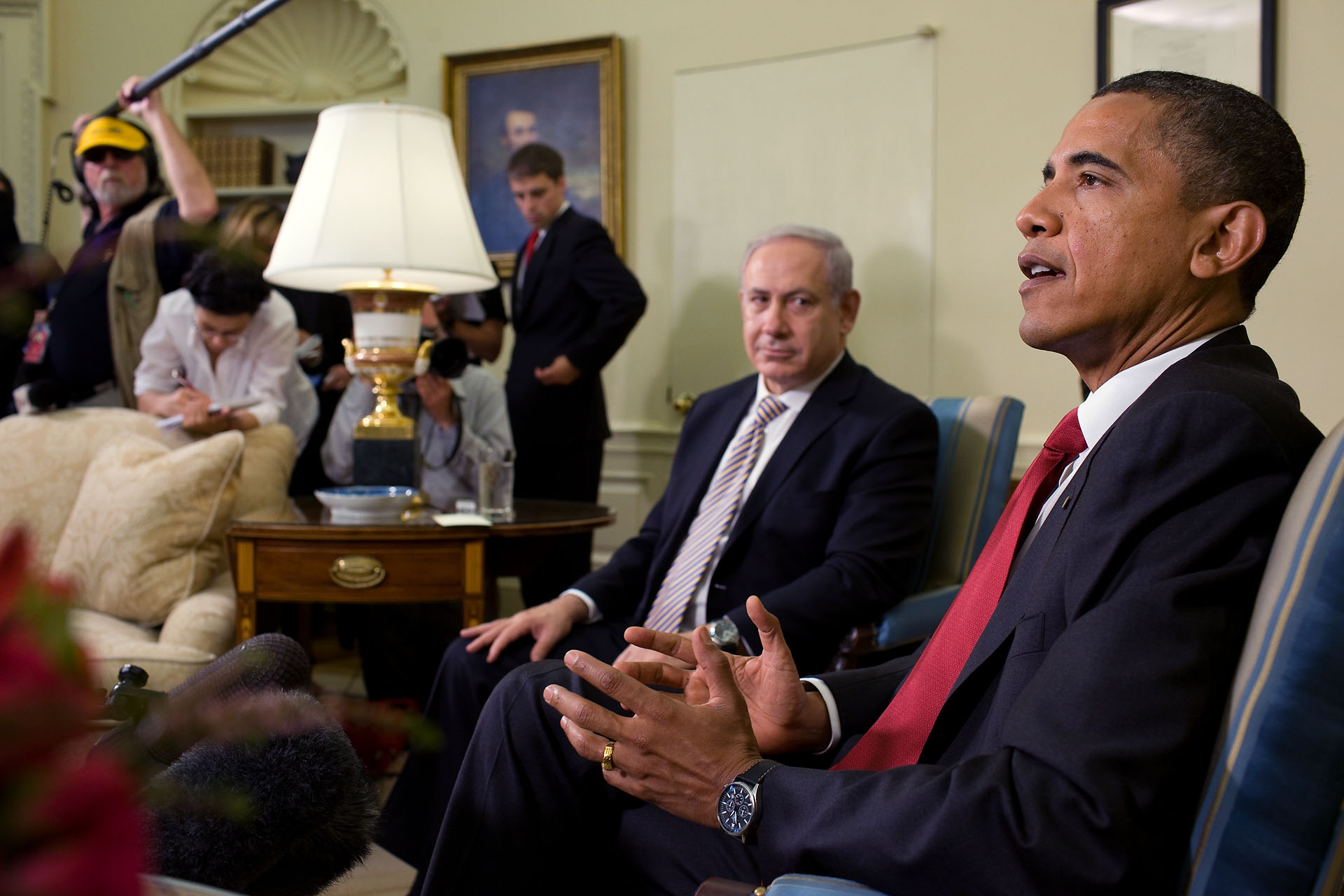 The President recounted recent developments regarding Iran’s nuclear program, which the Prime Minister described as “greatest new threat on the horizon, the single most dominant issue for many of us”:

We discussed the issue of Iran, and we pointed out that as a consequence of some hard work internationally, we have instituted through the U.N. Security Council the toughest sanctions ever directed at an Iranian government.  In addition, last week I signed our own set of sanctions, coming out of the United States Congress, as robust as any that we've ever seen.  Other countries are following suit.  And so we intend to continue to put pressure on Iran to meet its international obligations and to cease the kinds of provocative behavior that has made it a threat to its neighbors and the international community.

The President focused above all on the prospects for peace and a two-state solution:

We had a extensive discussion about the prospects for Middle East peace.  I believe that Prime Minister Netanyahu wants peace. I think he’s willing to take risks for peace.  And during our conversation, he once again reaffirmed his willingness to engage in serious negotiations with the Palestinians around what I think should be the goal not just of the two principals involved, but the entire world, and that is two states living side by side in peace and security.

Israel’s security needs met, the Palestinians having a sovereign state that they call their own -- those are goals that have obviously escaped our grasp for decades now.  But now more than ever I think is the time for us to seize on that vision.  And I think that Prime Minister Netanyahu is prepared to do so.  It’s going to be difficult; it’s going to be hard work.  But we've seen already proximity talks taking place.  My envoy, George Mitchell, has helped to organize five of them so far.  We expect those proximity talks to lead to direct talks, and I believe that the government of Israel is prepared to engage in such direct talks, and I commend the Prime Minister for that.

There are going to need to be a whole set of confidence-building measures to make sure that people are serious and that we're sending a signal to the region that this isn’t just more talk and more process without action.  I think it is also important to recognize that the Arab states have to be supportive of peace, because, although ultimately this is going to be determined by the Israeli and Palestinian peoples, they can't succeed unless you have the surrounding states having as -- a greater investment in the process than we've seen so far.