July 20, 2010 at 3:12 PM ET by
Twitter Facebook Email
Summary:
Last Thursday, OSTP and Hofstra University co-sponsored a star party on Washington’s National Mall, giving evening strollers a chance to look through telescopes at the setting sun and, a little later, at an array of planets and more distant stars.

Last Thursday, OSTP and Hofstra University co-sponsored a star party on Washington’s National Mall, giving evening strollers a chance to look through telescopes at the setting sun and, a little later, at an array of planets and more distant stars. The skies cleared just before sunset, giving observers a chance to see a few sun spots on our solar system’s lone star through specially filtered telescopes. And as darkness fell, a perfect stage was revealed for stargazing in the nation’s capital.

The crescent Moon shone brightly for most of the night, affording viewers a fantastic glimpse of the cavernous craters along the terminator, the dividing line between illumination and darkness. The best time to gaze at the Moon through a telescope is when it is in a phase that is less than full, when the shadows along the terminator reveal in greatest detail the depression of craters. Venus was the first planet to make an appearance, and onlookers were able to observe for themselves that Venus also goes through phases.

But the evening’s most exciting event—other than the use of a myriad of scopes to spy on people atop the Washington Monument—was the appearance of Saturn and its rings. As beautiful as close-up photographs of Saturn are, there is nothing like seeing this planetary wonder with your own eyes, live.

Some people came to our gathering on purpose, having heard about it on the Web or by word of mouth; some just happened to be on the Mall that night and stopped by. What mattered, though, was that the event introduced hundreds of people to the wonders of stargazing. Special thanks go to Dr. Donald Lubowich, Director of Astronomy Outreach at Hofstra University, who, with support from NASA, has been leading such events in a number of other cities. Along with other educational materials, he handed out over 600 astronomy bookmarks to members of the public in roughly four hours! And thanks to the National Capital Astronomers and the Northern Virginia Astronomy Club for their help in setting up their telescopes for the public to use.

Here are a few pictures from the evening: 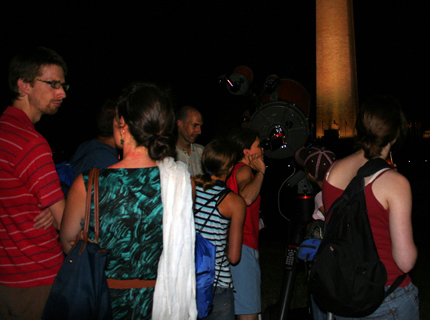 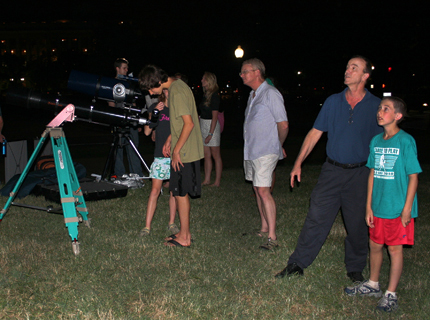 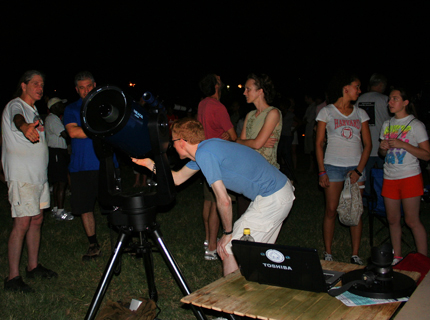 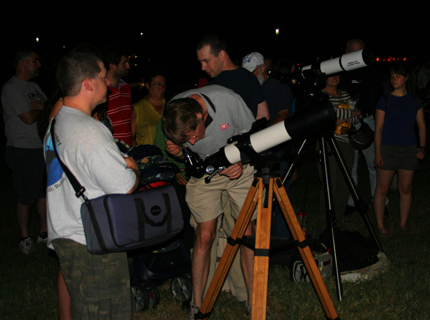 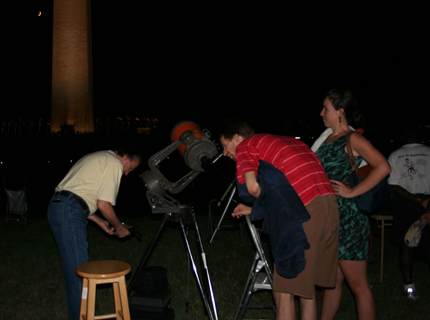 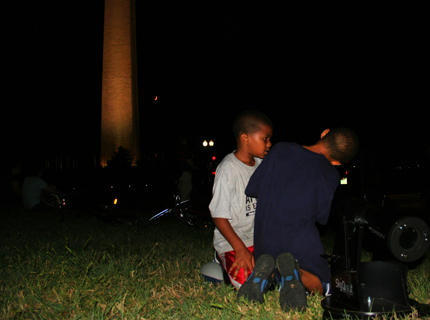 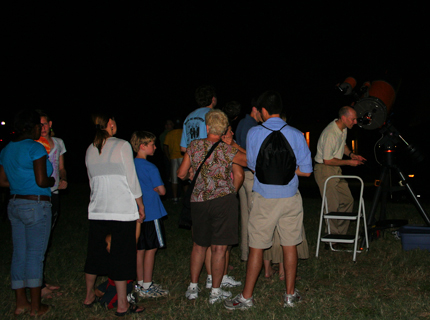 Astronomy Night on the National Mall (Photos by Erin Szulman) 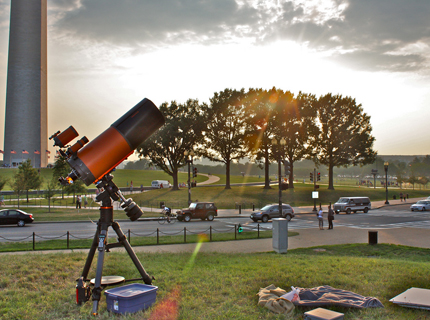 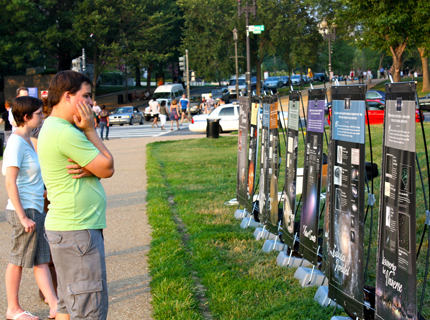 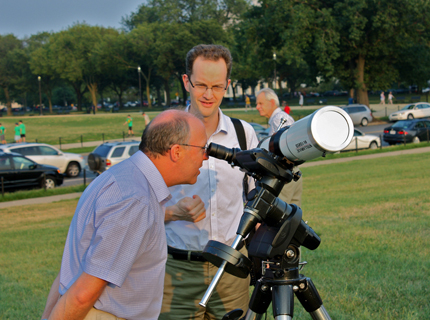 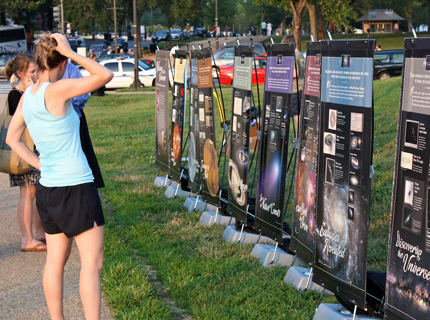 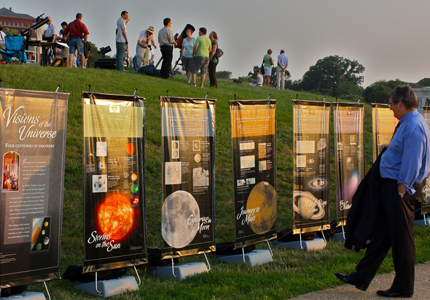 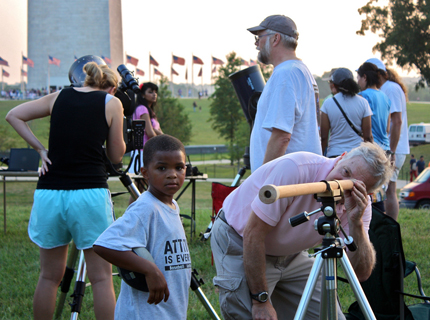 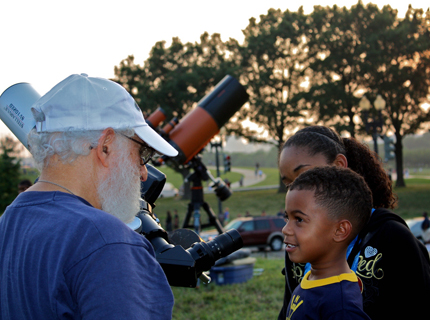 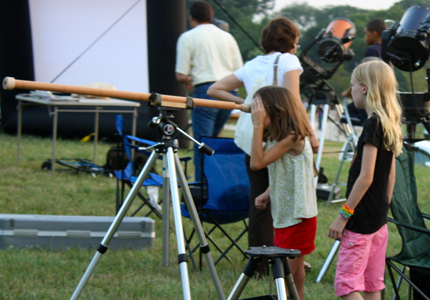 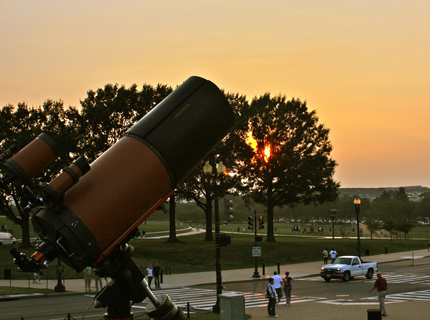 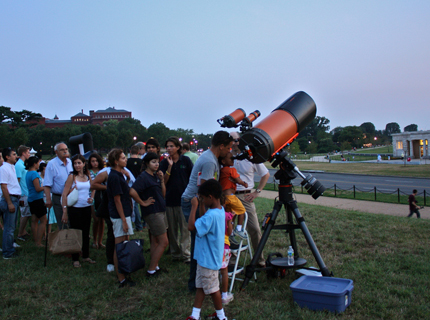