July 27, 2010 at 2:34 PM ET by Jesse Lee
Twitter Facebook Email
Summary:
In the latest meeting with Congressional leaders of both parties – a new tradition promised by the President in his State of the Union Address – the conversation was focused on small business and energy reform.
[[nid:18802]]

In his latest meeting with Congressional leaders of both parties – a new tradition promised by the President in his State of the Union Address – the conversation was focused primarily on two topics.  The first was help for small businesses, one of the most straightforward things government can do to spur job creation; the second was the need for energy reform.

In remarks afterwards, the President touched briefly on the need to pass funding for our troops in Afghanistan, saying that documents recently leaked “don’t reveal any issues that haven’t already informed our public debate on Afghanistan,” and that they were precisely the issues that led to the review at the beginning of his presidency along with the new way forward that came out of it.  He also relayed the frustration he expressed to the Republican Leader in the Senate about the gratuitous delays of judicial nominations despite broad bipartisan support , which has left many courts nationwide short-handed.

On small business as the engine of our economy:

[W]e know that many of these businesses still can’t get the loans and the capital they need to keep their doors open and hire new workers.

That’s why we’ve proposed steps to get them that help -- eliminating capital gains taxes on investments, making it easier for small lenders to support small businesses, expanding successful SBA programs to help these businesses access the capital that they need.

This is how we create jobs -- by investing in the innovators and entrepreneurs that have always driven our prosperity.

These are the kind of common-sense steps that folks from both parties have supported in the past -- steps to cut taxes and spur private sector growth and investment.  And I hope that in the coming days, we’ll once again find common ground and get this legislation passed.  We shouldn’t let America’s small businesses be held hostage to partisan politics -- and certainly not at this critical time. 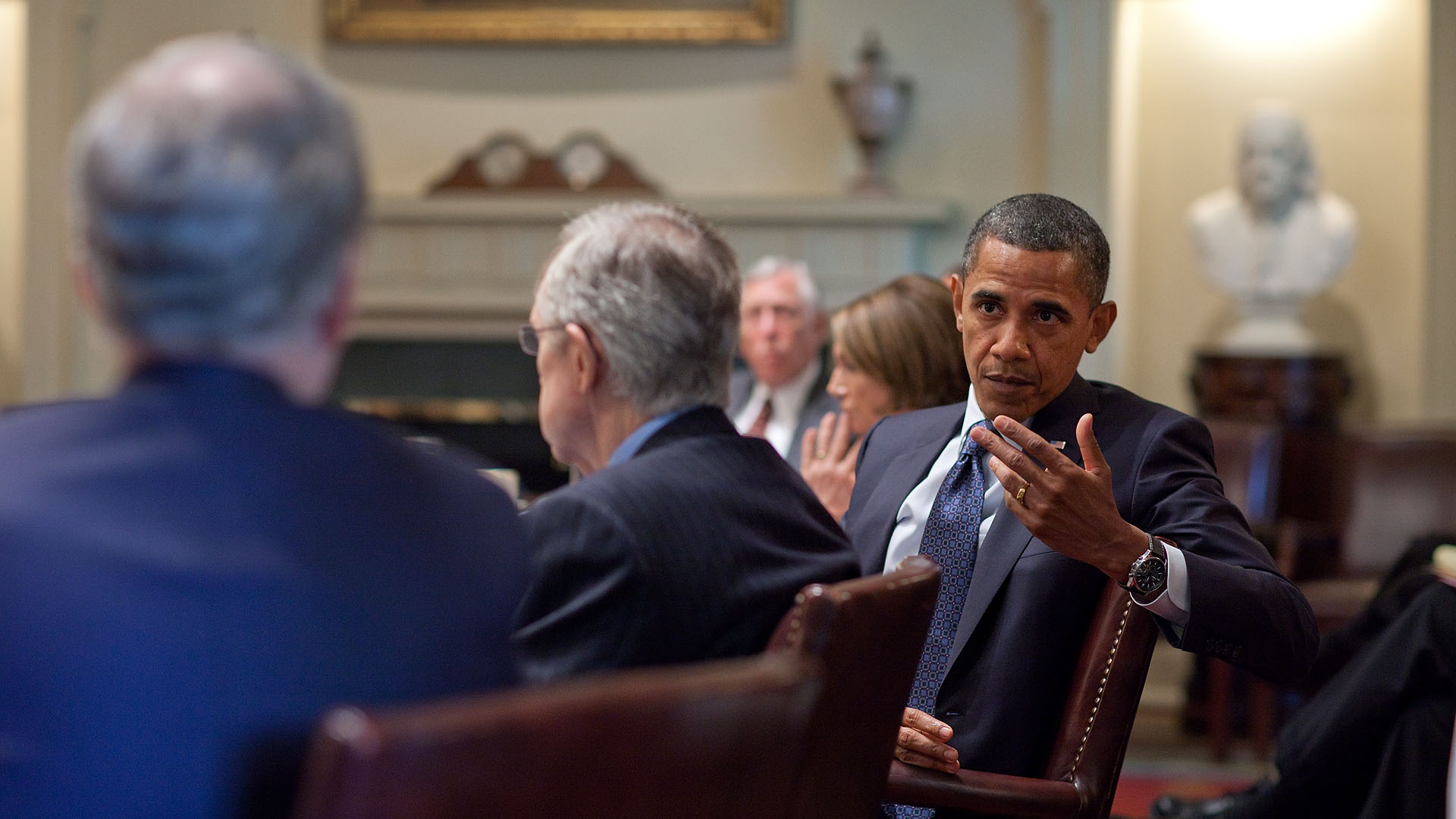 The Senate is now poised to act before the August recess, advancing legislation to respond to the BP oil spill and create new clean energy jobs.

That legislation is an important step in the right direction.  But I want to emphasize it’s only the first step.  And I intend to keep pushing for broader reform, including climate legislation, because if we’ve learned anything from the tragedy in the Gulf, it’s that our current energy policy is unsustainable.

And we can’t afford to stand by as our dependence on foreign oil deepens, as we keep on pumping out the deadly pollutants that threaten our air and our water and the lives and livelihoods of our people.  And we can’t stand by as we let China race ahead to create the clean energy jobs and industries of the future.  We should be developing those renewable energy sources, and creating those high-wage, high-skill jobs right here in the United States of America. 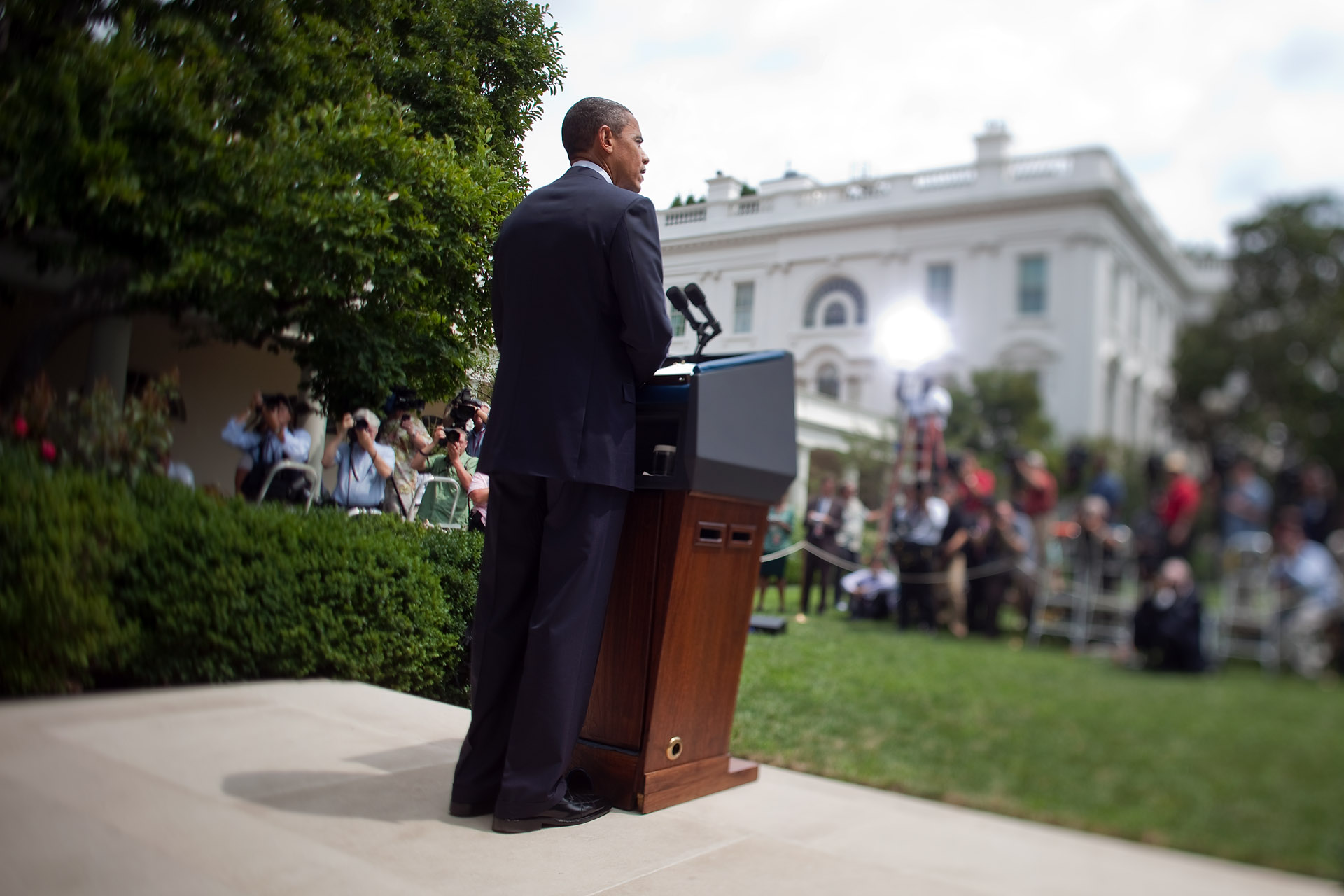 President Barack Obama speaks to the media in the Rose Garden of the White House following his meeting with bipartisan members of Congress July 27, 2010. (Official White House Photo by Chuck Kennedy)