"Celebrating with substance" is my own phrase, but others might say "partying with a purpose." No matter whether you use one of these classic phrases (yes, I’ve claimed my phrase as a classic), we did just that on Monday at the White House with our celebration to mark the 20th anniversary of the Americans with Disabilities Act. As President Obama culminated the celebration of this historic and landmark civil rights law, and in the weeks leading to the day, we’ve had a series of announcements and information about the ADA.

President Obama, as only he can, delivered an eloquent, passionate and memorable speech that summed up this historic anniversary. Read the complete remarks here.

President Obama announced the signing of an Executive Order that will make the government a model employer for people with disabilities. He also announced the release of two new rules on the ADA that had not been updated since 1991, explaining that the rules will cover “more than 80,000 state and local government entities, and 7 million private businesses.” The President’s message about this law and our movement resonated with the audience, closing by stating, “[T]hat’s what we did with the ADA. That is what we do today. And that’s what we’re going to do tomorrow -- together.”

Notably, however, other observance activities were taking place elsewhere. The Department of Justice released the new regulations on its website. FEMA Administrator Fugate wrote a wonderful op-ed for CNN on the importance of emergency preparedness for people with disabilities. Education Secretary Duncan joined so many others throughout the administration by releasing a statement noting that this anniversary is a “cause for celebration and rededication to equal education opportunity for students with disabilities.” On a personal level, I discussed the impact of the Americans with Disabilities Act on Yahoo! Accessibility.

Also on Monday, the Ad Council launched a Public Service Announcement featuring a message from the President. The President also released a proclamation in commemoration of the 20th anniversary.

All and all, it was a truly historic day, once again illustrating it’s a new day for people with disabilities and the President is leading the way forward. I urge all to take time to remember those like Senator Kennedy, Justin Dart and so many more who made the ADA possible. Then reflect on the numerous steps forward we’ve taken and get ready for the work ahead because more remains to be done. 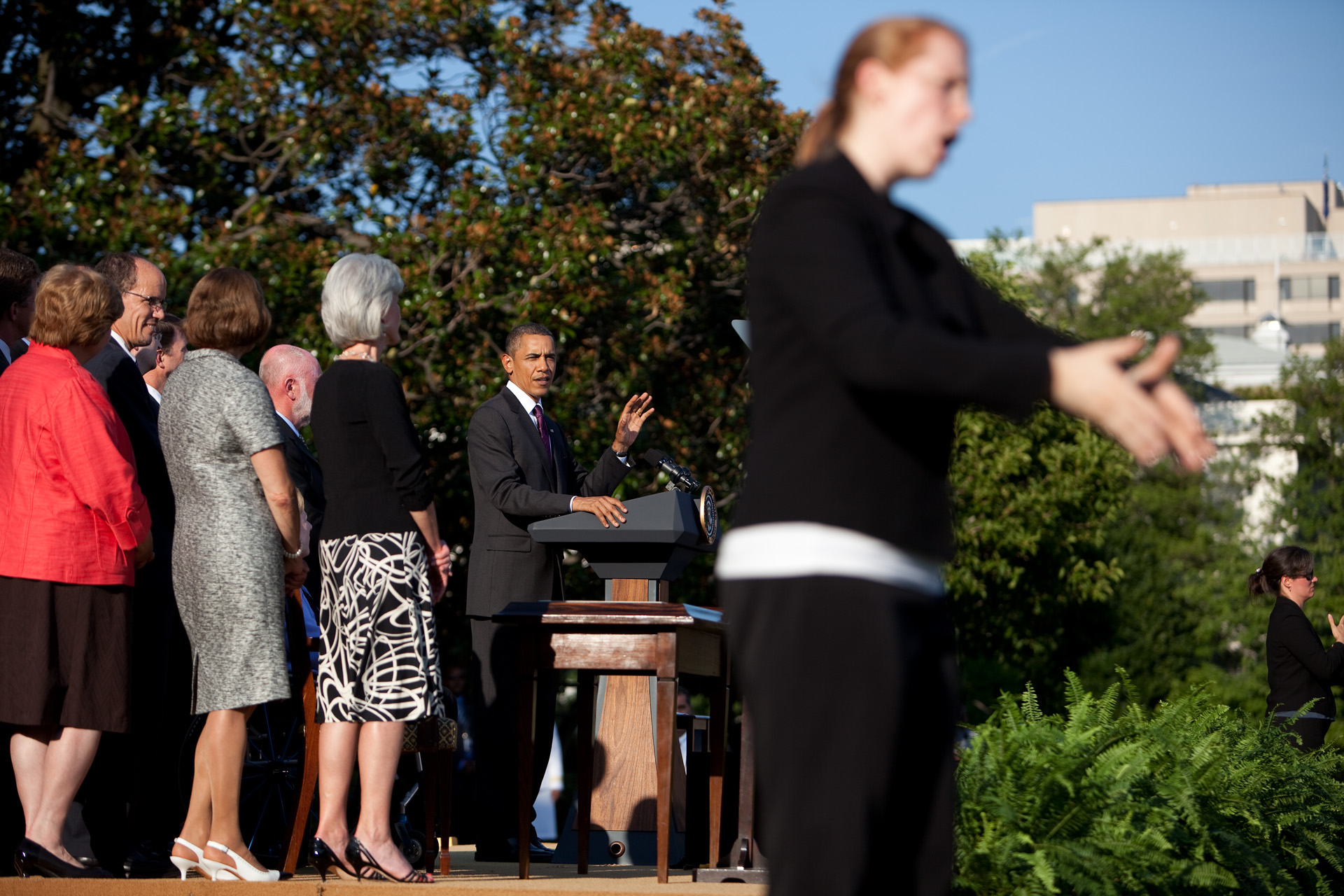 President Barack Obama delivers remarks before he signs an Executive Order increasing federal employment of individuals with disabilities, during an event commemorating the 20th anniversary of the Americans with Disabilities Act on the South Lawn of the White House. July 26, 2010. (Official White House Photo by Samantha Appleton)) 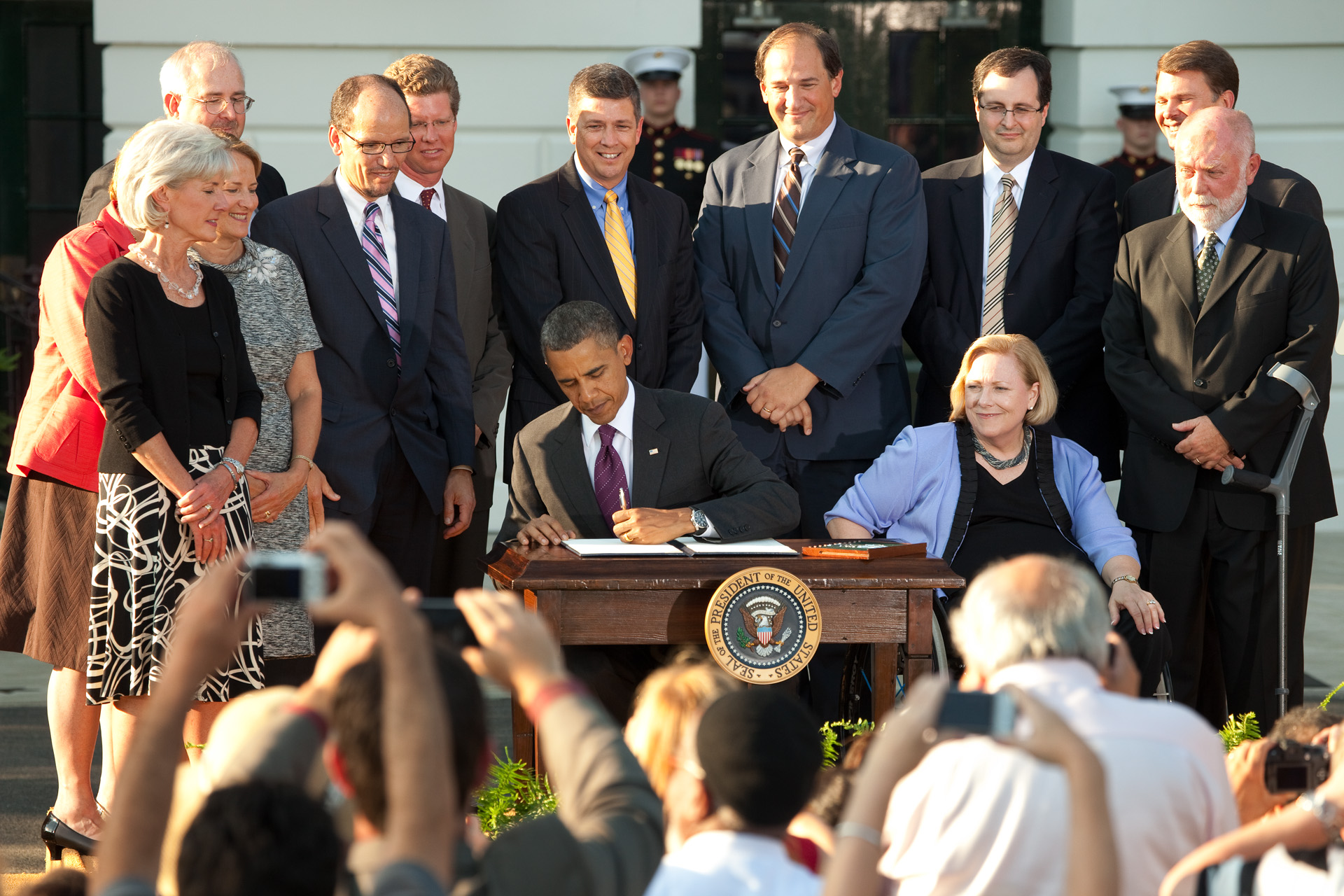 President Barack Obama signs Executive Order increasing federal employment of individuals with disabilities, during an event commemorating the 20th anniversary of the Americans with Disabilities Act on the South Lawn of the White House. July 26, 2010. (Official White House Photo by Chuck Kennedy)

Kareem Dale is Special Assistant to the President for Disability Policy

Former Special Assistant to the President for Disability Policy